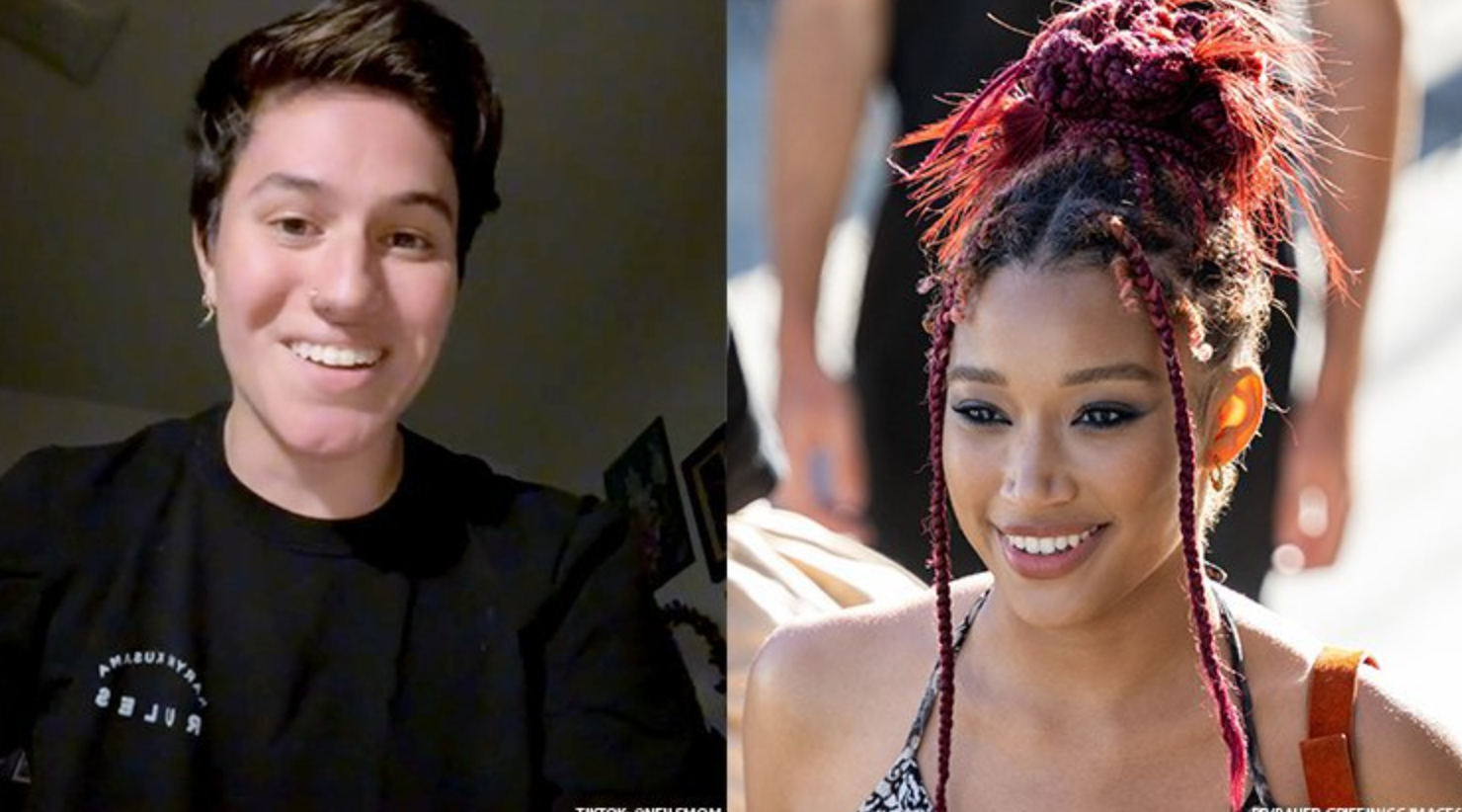 After a week or so of tumult, whose origin was a 500-word film review with a few cheeky asides, New York Times film critic Lena Wilson deleted her social media after a very public “beef” with Amandla Stenberg. Confused? Intrigued? Me too! I’ve spent most of my week following this saga that, in the end, is all sound and fury, signifying nothing.

But I like idiotic tales, so let’s dive in.

Here’s the recap: On August 4, 2022, Wilson posted a negative review of Stenberg’s latest film, Bodies Bodies Bodies. Her point? The film is cinematically beautiful, but the story and characters leave much to be desired. She states, “It’s not that ‘Bodies Bodies Bodies’ is bad. It’s visually appealing and nicely acted. But this film is not special, and like its shallow characters, it is persistently unaware of its own inanity.”

She later adds that the film “could be a scathing satire. Instead, ‘Bodies Bodies Bodies’ is so intent on oozing cool-kid apathy that it serves up a whole lot of nothing.” Whether or not you agree with her assessment (I don’t), she doesn’t appear to have said anything too scurrilous. People are allowed to dislike — and even hate — films. I have done a bit of this in the past.

The problems for Wilson, however, began with these seemingly innocuous lines: “The only thing that really sets ‘Bodies Bodies Bodies’ apart is its place in the A24 hype machine, where it doubles as a 95-minute advertisement for cleavage and Charli XCX’s latest single. Overused Twitterspeak like the words ‘toxic,’ ‘narcissist’ and ‘gaslighting’ have been lampooned in plenty of other projects, as has the fragility of well-heeled young people. There are certainly other slashers in this vein.”

Did you catch it? The line that would lead a writer to abscond from Twitter and TikTok, likely due to harassment and her own social miscalculations? I did too. That is, I did until I learned Stenberg took umbrage with the “cleavage” line. Sliding into Wilson’s DMs, Stenberg told the critic: “Great review! Maybe if you had gotten your eyes off my t*ts, you could’ve watched the movie.” Yikes.

Before I go on to say this saga becomes equally dumb and entertaining, with both parties doing things that annoyed me in unique ways, I must stop to acknowledge the potential mentalities of both persons in this very inane non-confrontation. Being subjective creatures, human beings — especially those in conflict with one another — deserve a fair appraisal of their realities and motives at the time of an incident. This is the only route to the truth of a matter.

For Wilson, a film critic, it is important that she be given the leeway to say what she thinks about a film, nice or not, as long as it’s based on the film’s content, production values, and nothing else. That is her prerogative as a critic.

For Stenberg, who has been in the public eye since a very young age, she must defend herself against a running theme of her body’s sexualization, especially her cleavage.

When the incident first began, Wilson maintained that her comments were precisely about the sexualization of young women and femmes’ bodies, particularly by film cameras that recreate a lurid, typically male, gaze. Further, she found it appalling that Stenberg, a queer woman, would attack Wilson, a lesbian, with a seemingly homophobic statement implying a gay woman couldn’t keep her eyes off of the young ladies onscreen.

Stenberg, for her part, maintains that the initial DM was just a little joke. In a giggly Instagram story, Stenberg explained that she felt a fellow queer woman would understand the deadpan humor and they’d share a laugh. “I thought it was hilarious,” she says. “I thought because Lena is gay, I am also gay, I thought as gay people we would both find this comment funny.” She later adds that she was confused Wilson would decide to publish the exchange rather than laugh along with her.

Further, Stenberg admitted that she did tire of people talking about her body. She said, “The amount of commentary I receive on my boobs is so extreme, and this has happened since I was a teenager.” A fair point, although Wilson’s original review does not specify whose “cleavage,” making it appear more like a commentary on the commodification of women’s bodies in the abstract rather than a comment on any person in particular. And yet. But still.

Since this all went down, Stenberg has seemingly moved on. She posted her IG story and seems to have closed the book. Wilson, through her voluntary dissociation with social media, seems to have likewise put a climax to her portion of the tale. But what’s important to me is what happened in the juicy middle, the series of complications that led to these final acts in two people’s very divergent personal narratives.

For the record, I side largely with Wilson, since it is her right and job to post her views about any particular film. An actor’s job is to perform as best as they can on screen and on stage. They absolutely have the right to slide into critics’ DMs, but I’d advise against it, as it seems petty as all hell.

Stenberg’s “joke” is the product of someone annoyed with years of unfair and unwarranted commentary on her personhood, or lack thereof in the eyes of those objectifying her. That is entirely understandable — therefore forgivable, which is probably why most of social media is on her “side.” Frustration with a real problem does not mean you get to project intentions into a person’s actions when these intentions clearly aren’t there.

Stenberg and her fans can’t say Wilson is sexualizing her when her original comments serve to lampoon that very act. The same goes for Wilson calling Stenberg “homophobic.” Obnoxious? Sure. Childish? Maybe. If the joke defense is true, she’s most likely just tone-deaf — a twenty-something who hasn’t grasped that not everyone gets internet irony when it comes from a complete stranger.

But, for the love of all that is good, stop overusing buzzwords until they’ve lost all meaning. Both parties should know that that is the main point of the film in question. Retaliatory accusations of homophobia, sexualization, and even, from other commentators, misogynoir serve no purpose other than to obfuscate what really happened. Stenberg sent a tone-deaf DM, and Wilson couldn’t let it go.

Both parties should’ve known from the jump the best thing either could have done would be to read something strange or critical, assess how the message or article made them feel, and move on. Using TikTok to plead your case with teenage Twitter stans with nothing better to do than to harass you off the internet is a waste of time. It’s actually wild. But so is personally responding to innocuous statements about the grossness of the film industry. In the end, this is the story of two people lacking a bit of social acuity.

Now, if you’ll excuse me, I must respond to the expletive-filled emails Bryan Cranston just sent me.

Antônio Vieira (1608-1697)
Be Safe Out There: The OnStar Guardian App Is There When You Need It
‘Gangsta’s Paradise’ Rapper Coolio Dead At 59
Dwayne ‘The Rock’ Johnson Has A Brazilian Look-Alike And He’s Got Rio De Janeiro Losing It
Brittney Griner Gets No Kind Words From Former Coach During Press Conference