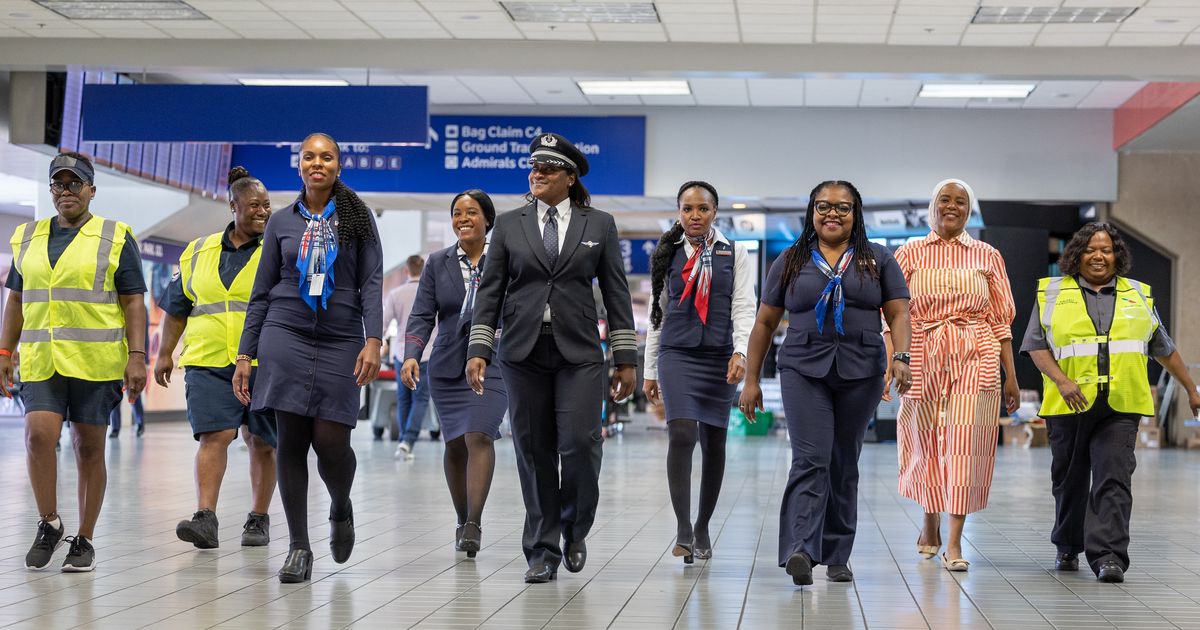 Buckle up, American Airlines just honored the 100-year legacy of Bessie Coleman, the first Black woman to earn a pilot’s license in 1921, with first-class style.

To kick off the celebration, the world’s largest airline hosted Gigi Coleman, the late trailblazer’s great niece, on a flight from Dallas-Fort Worth, Texas, to Phoenix, Arizona.

The 36 staff members who comprised the historic flight crew were all Black women from the pilot to the cargo team to the maintenance technicians, a press release said.

“I am grateful for American Airlines to give us this opportunity to highlight my great aunt’s accomplishments in the field of aviation,” Gigi, who serves as president of Bessie Coleman Aviation All-Stars, said in a video from the airline.

“I’m beyond thrilled to be a part of the crew where we’re inspiring young girls, young girls of color, to see the various roles that these women play in every aspect to make this flight possible,” Captain Beth Powell added in the video.

The airline praised the women for the notable flight with a behind-the-scenes video on its Instagram account showing how they prepared to soar the skies.

“100 years ago Bessie Coleman paved the way for this all-Black crew to soar! Thank you Bessie Coleman for breaking down barriers for Black women to continue to spread their wings in aviation,” the Instagram video added.

“American is being intentional in its efforts to diversify the flight deck,” the Fort Worth, Texas-based airline said in a statement. “Black women have been notably underrepresented in the aviation industry, especially as pilots, representing less than 1% in the commercial airline industry.”

The company continued: “Through the American Airlines Cadet Academy, the airline is committed to expanding awareness of and increasing accessibility to the pilot career within diverse communities.”

Coleman, who bravely shattered barriers within the world of aviation, became the first African American woman and the first woman of Native American descent to hold a pilot’s license before her death in 1926, PBS reported.

Flying Is A Nightmare Right Now. These 12 Tips Can Help Make It Easier.

Meet Armani Caesar: 4 Facts About Griselda Records’ First Lady
Kanye West Goes Full MAGA Mode In ‘White Lives Matter’ T-Shirt During Yeezy Season 9 Fashion Show
Sheila Guyse (1925-2013)
Tasha K Only Has $1,083 In Bank Accounts As Cardi B Proceeds With Collecting Funds
Be Safe Out There: The OnStar Guardian App Is There When You Need It