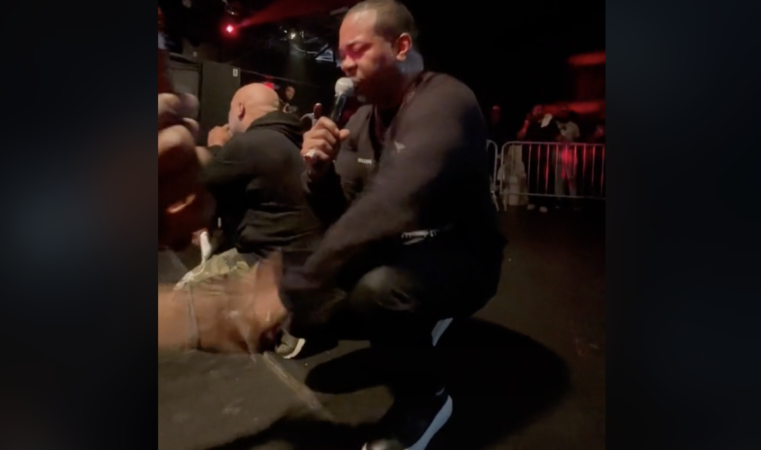 Busta Rhymes wasn’t too pleased with a woman who invaded his space while he performed at his concert. Video of the incident, posted to TikTok, shows the woman standing in front of the stage and nearly touching the artist as he was performing his hit song “Touch It.”

Busta then slaps the woman’s hand and tells his crew to stop the music. The rapper proceeded to scold the woman, alleging that she touched him.

Busta also spoke directly to a man who appeared to be the woman’s partner.

“Yo shorty, you with your man, right?” the rapper said as other people in the crowd confirmed that the pair are together.

While speaking with the woman’s partner, Busta questioned why he let his woman “grab me up.”

“This is a weird day, weird times. She touched me and s**t,” he added.

As the man stood still next to his woman and listened to the scolding, Busta explicitly expressed his outrage.

Other people in the crowd pulled the woman from behind as Busta demanded her to stand behind her man before the show could proceed.