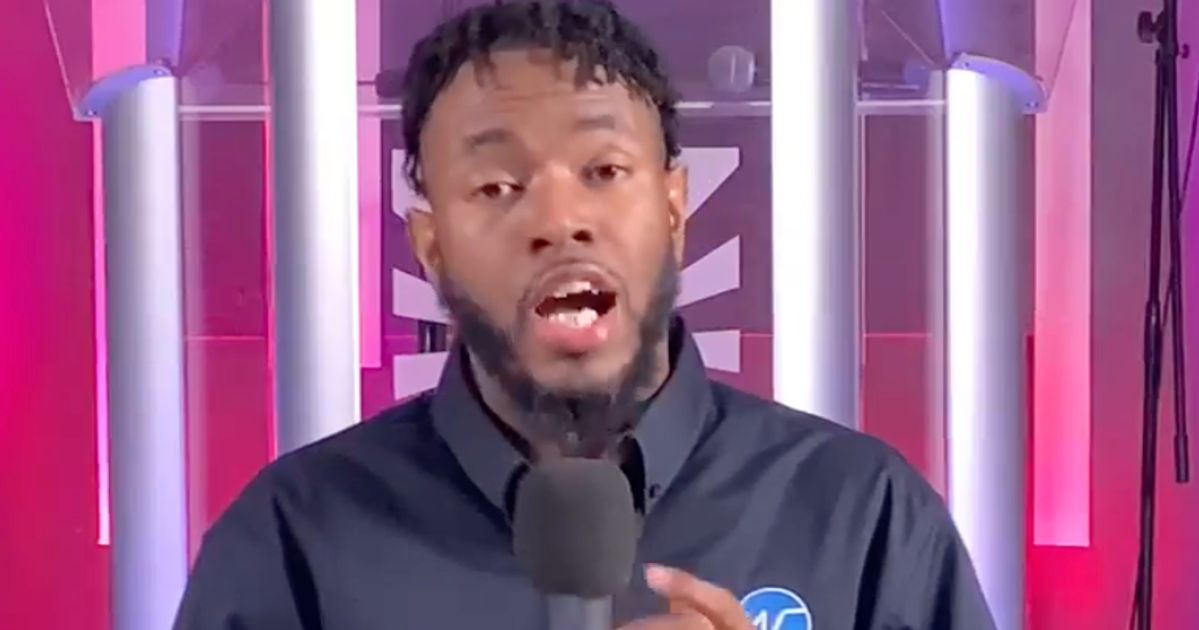 A Missouri pastor is apologizing after a video featuring his rant about being over his “busted and disgusted” congregation circulated on TikTok.

The clip featured Carlton Funderburke, senior pastor at Kansas City’s Church at The Well, telling churchgoers they were “cheap sons and daughters” for not honoring their pastor by buying him a Movado watch.

“I don’t want to hear no more excuses about what you can’t afford. You can’t afford it because you don’t see the value here,” Funderburke said as he pointed toward the front of his church. “Y’all hear from y’all pastor and father, I’m over y’all. I’m over your cheap expressions. See that’s how I know you’re still poor, broke, busted and disgusted because of how you’ve been honoring me.”

Some churchgoers could be heard cheering for Funderburke during the rant.

Watch the TikTok clip, which went viral, below:

A KC Pastor at “Church of the well” is under fire for calling his members “broke, busted and disgusting due to them not meeting his needs. Many took to Facebook calling him out: “I usually don’t do this but I feel very compelled to do so. A pastor from Kansas City, MO literally thought it was okay to stand in front of his congregation, and preach this in a “sermon” to his members last Sunday! & from what I know, THIS is how he REGULARLY preaches and talks to them! Throwing temper tantrums and ALL! So they’re “broke, busted, and disgusted” because they didn’t get you a Movado watch ?! Smh. This is NOT okay & is ONE of the MAIN REASONS why my generation has strayed away from the church! Feel free to SHARE! This NEEDS to go viral! God did NOT say this!”#pastor #Sad#omg

TikTok users were upset by the pastor’s words and the churchgoers’ cheers, including one user who said pastors like Funderburke made him “not want to go to church anymore.”

“I would have been saying, ’No Pastor! I ain’t got it! While clutching my Coach purse leaving!!” one user wrote.

“Instead of cheering, they should be leaving!!!” another user said.

Funderburke released a video on Tuesday apologizing for his comments.

“Though there is context behind the content of the clip, no context will suffice to explain the hurt and anguish caused by my words,” Funderburke said. “I’ve spoken to those I am accountable to and have received their correction and instruction. I have also privately apologized to our church, who has extended their love and support to me.”

Florida Has An Outrageous New Law Targeting Teachers. Here’s Why I’ll Be Breaking It.