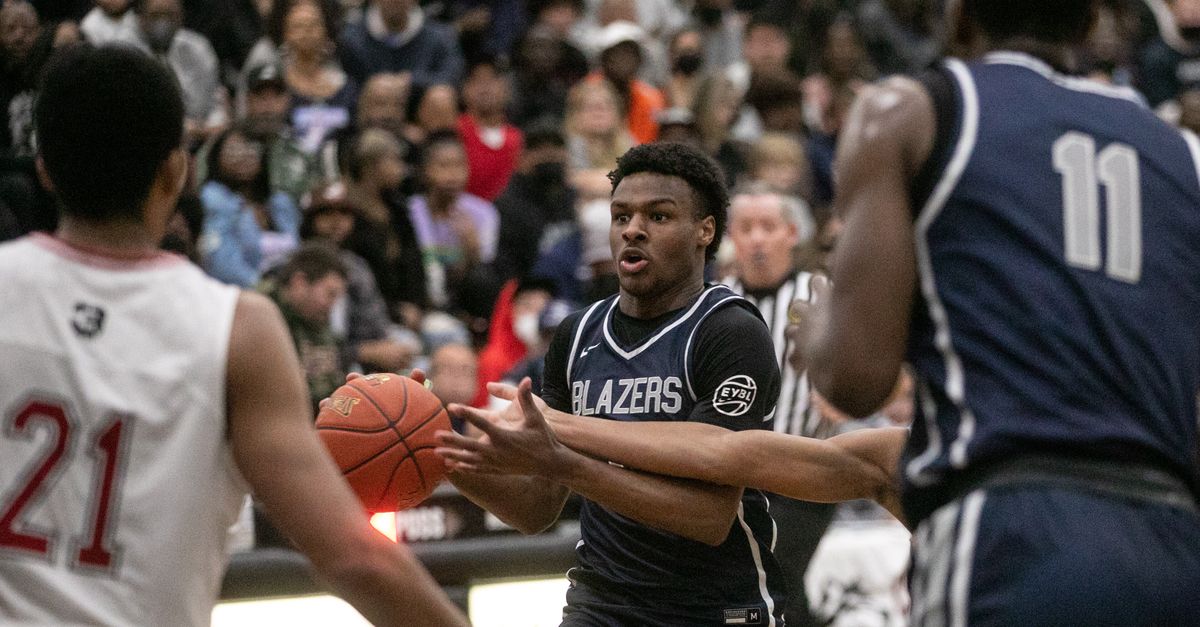 LeBron James has made no secret of wanting to play with his son LeBron James Jr. in the NBA. But on Monday, the Los Angeles Lakers star had to cheer on his kid, aka Bronny, as a fan, like the rest of the world. (Watch the video below.)

The 17-year-old James, playing for a California team, went viral for a driving slam dunk against a French squad during an AXE Euro Tour game in Paris.

The crowd loved it. So did Bronny’s pop.

James’ youngest son Bryce is also playing on the team, For the Win noted, but attention has been more focused on Bronny as he weighs his options after his planned graduation from Sierra Canyon School next spring.

ESPN ranks the 6-foot-3 guard 39th among high school prospects. He reportedly has received scholarship offers from the likes of Kentucky, Michigan and USC, according to the sports network’s recruiting database.

Bronny scored a game-high 25 points for the California Basketball Club, but the U18 French Select Team won the game, 97-85, UPI noted.

Here’s another Bronny highlight from the contest:

Ari Fletcher Reveals That She And Moneybagg Yo Recently Suffered A Miscarriage
Antônio Vieira (1608-1697)
Remember Central Park Karen? Woman Who Called Cops On Black Bird-Watcher Sues Former Employer For Firing Her
Cardi B Reveals Past ‘Stupid Decisions’ Made Her Miss Out On A Multi-Million Dollar ‘Call Of Duty’ Deal
‘Love & Marriage: Huntsville’ Stars Talk About Upcoming Season