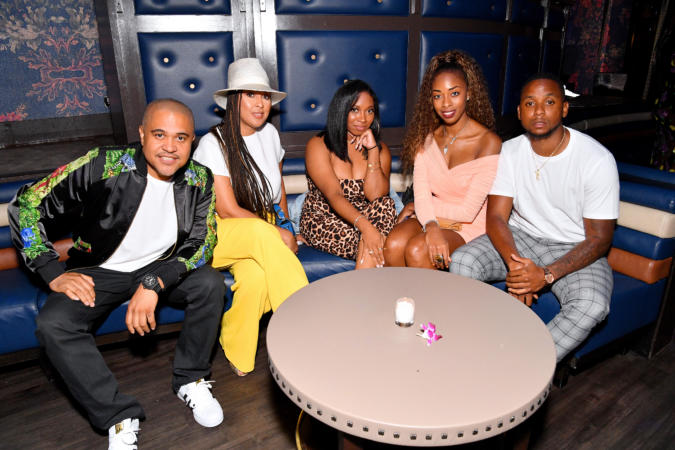 In an exclusive interview with the Drink Champs podcast, Irv Gotti revealed some messy details about his alleged affair with R&B songstress Ashanti.

During the interview, Irv Gotti went into explicit detail about the creation of “Happy,” one of Ashanti’s best-known songs, and how devastated he was when he found out started dating rapper Nelly.

But, as several were quick to point out, Irv Gotti really had no reason to be upset about Ashanti moving on with her life because he had a wife at the time, Debbie Lorenzo.

Here’s what we know about Irv Gotti’s ex-wife, Debbie Lorenzo.

Jury Selection Begins Aug. 9 for R. Kelly Sex Abuse Trial
Cardi B Reveals Past ‘Stupid Decisions’ Made Her Miss Out On A Multi-Million Dollar ‘Call Of Duty’ Deal
Singer Keke Wyatt Shows Fans How She Became A Mother Of 11 With A Mid-Concert Twerk Session
No Yolanda Adams Slander Shall Prosper: Tamron Hall Puts Kim Burrell In Her Place In The Most Classy Way Possible
Flex Or Fail? Fresh Out Of Prison Finesse2Tymes Debuts His Blinged Out Handcuff Bracelets