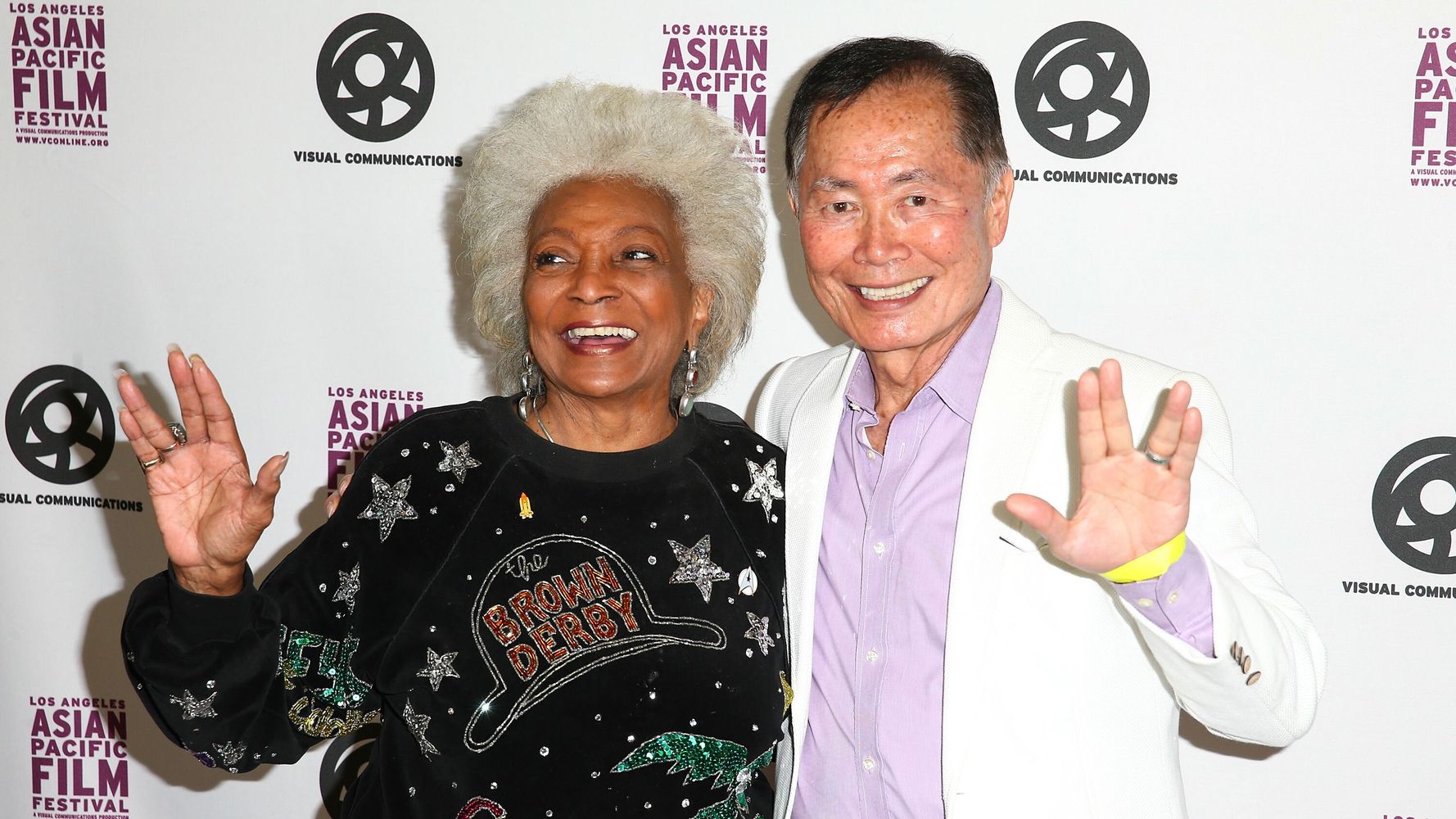 The death of pioneering “Star Trek” cast member Nichelle Nichols on Saturday has inspired lots of tributes, but the sweetest one may have been from her costar George Takei.

On Monday, Takei took to Facebook to honor Nichols, who was not only his colleague “from the bridge of the Enterprise,” but his lifelong friend:

“Much has been said about what a trailblazer and role model Nichelle was for so many young Black women, who saw in her hope and promise for their own future. I wanted to take a moment to share some stories about Nichelle that aren’t as well known, and which highlight her lively spirit, her incredible kindness, and her warm generosity.”

Takei said he and Nichols actually met before “Star Trek,” when she came backstage after a performance of a civil rights musical he was doing.

“I will never forget that first meeting,” Takei wrote. “She was stunningly beautiful. But beyond her beauty, she stood out. It was a time when many African American women ‘conked’ their hair, which meant straightening it, as was the current fashion. Instead, Nichelle wore an enormous natural ‘Afro’ sphere on her head. It was natural, it was proud, and it was glorious. I knew right then that she was a singular individual.”

Takei said after “Star Trek” ended, he became involved in local politics, even running for the Los Angeles City Council, and said Nichols “always donated her talent and made every event feel special and glamorous” when he needed her.

Nichols was so special to Takei that he asked her to be in his wedding party when he married longtime partner Brad Altman in 2008.

“When my husband Brad and I got married, we asked Walter Koenig, who played ensign Chekov on the show, to be our best man at the wedding. We asked Nichelle to be our matron of honor,” he said. “In her characteristic fashion, Nichelle declared, ‘I am not a matron! If Walter can be best man, why can’t I be best lady?’”

He added, “Noting that Walter’s ‘best man’ title implied the awkward title of ‘best woman,’ she was determined to be known as the ‘best lady’ to the guests. I told her, ‘Of course you are.’”

Why It’s Useful To Have A Mentor In College
Shemar Moore Welcomes Baby Girl With Girlfriend Jesiree Dizon: ‘Holy S**t…Dreams Come True’
Reminder: You Don’t Have To Watch The Brutal Video Showing Tyre Nichols’ Beating That Led To His Death
This Is What Having An Incarcerated Mother Can Rob You Of
Todrick Hall Called Out For Speculating On Stephen ‘tWitch’ Boss’ Death In The Media