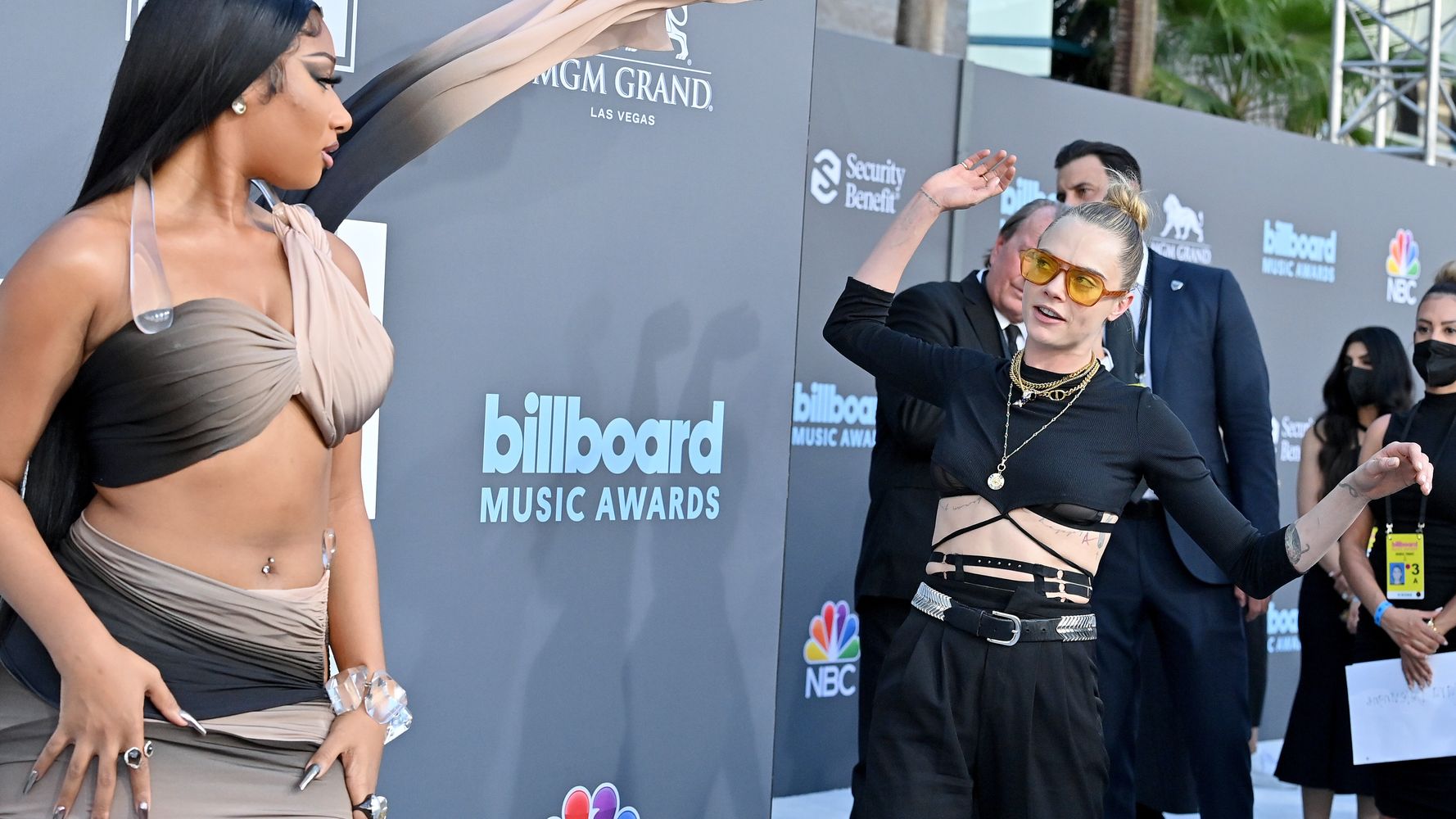 There are just some things you can’t unsee: explicit Shrek memes, that scene from “Hereditary” and Cara Delevingne’s “odd” behavior around Megan Thee Stallion at the Billboard Music Awards.

The supermodel infamously accompanied Megan to the music ceremony in May and quickly went viral for stealing the show, which was held in Las Vegas, Nevada.

Despite not being a nominee or a well-known musician, for that matter, Delevingne was seen everywhere at the event ― grabbing Megan’s dress, peering behind corners, and interrupting conversations.

Now, she’s finally addressing the conversation about her bizarre actions, explaining during a recent appearance on “The Tonight Show Starring Jimmy Fallon,” that she was invited to the event as the Texas rapper’s guest.

“I was living my best life, but people found it a bit odd. People find me a bit odd, but that’s me. No shame,” Delevingne told the talk show host.

“I really wanted to see her play and she asked me to come along with her,” Delevingne continued, noting that she was already in town with friends. “I didn’t know I was going to go and sit or do anything, I thought I was just going to come and watch her play.”

She went on to describe her role at the ceremony as Megan’s “hype woman” for the evening, which included helping the Grammy winner “memorize her speech” and look her best on the red carpet.

“I was helping her and I was doing it, and going like, ‘Yeah girl!’” Delevingne shared. “I was hyping her up, being a hype woman.”

Delevingne, however, insisted that she didn’t expect to sit so close to the stage at the ceremony.

“I walked in and I had a seat in the front row, and I’m like, ‘I’m not meant to be here,’” she continued before revealing why she was photographed on the floor taking pictures of attendees. “That’s what I do, I was just really excited. I was like, ‘Let me get the right angle.’”

The Houston rapper has yet to address Delevingne’s behavior but sparked some speculation that she was uncomfortable with her actions.

After the awards show, Megan reposted a group photo from the event to her social media accounts where Delevingne had been entirely cropped out.

This isn’t the first time Delevingne has raised eyebrows over her behavior.

Footage of Delevingne licking rapper Azealia Banks onstage at a Halloween party last year made the internet rounds after her interactions with Megan at the awards show.

Banks spoke out in Delevingne’s defense in May over accusations that the “Suicide Squad” actor was fetishizing Black women, saying, “That’s my girl thru and thru.”

Met Gala 2022 Red Carpet: See All The Best And Most WTF Looks

Journalist William Rhoden on the Dehumanization of Black Athletes
An 8-Year-Old Michigan Girl Saved Her Great-Grandmother After She Got Stuck Under A Car
Parents Of Tyre Nichols Accept Invitation To State Of The Union
Big Freedia To Open New Entertainment Venue, Hotel Freedia, In New Orleans: ‘Dream Of Mine’
Before The Tyre Nichols Bodycam Footage Was Released, I Shared This Video. It Exploded.