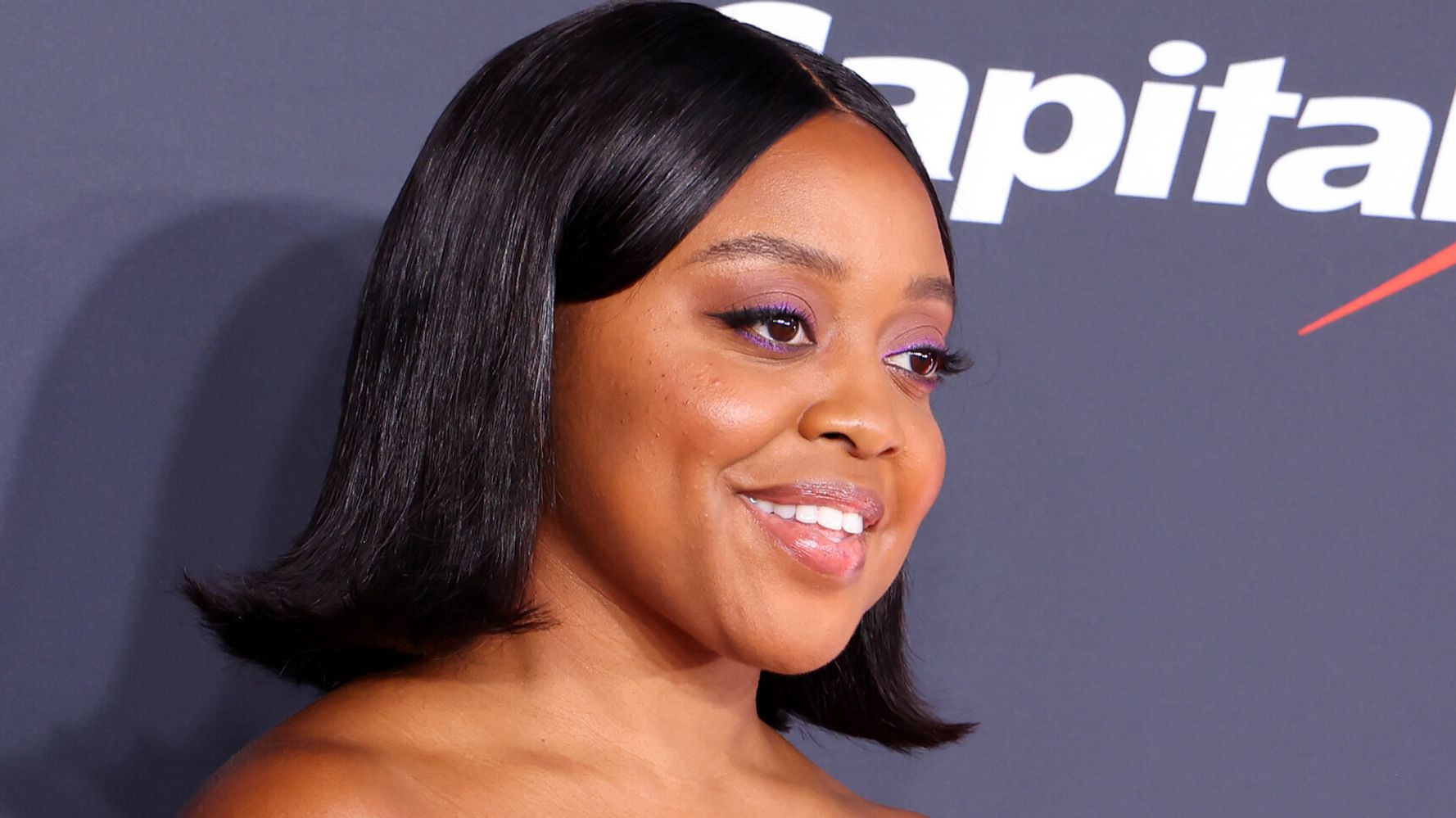 Quinta Brunson is reaching new heights in her career.

On Monday, the triple threat — actor, producer and comedian — was crowned the new face of Olay for its Retinol 24+ Peptide Night collection.

The milestone marks the “Abbott Elementary” star’s first beauty partnership, with Brunson calling the achievement a “pinch me moment.”

“Olay is such an iconic and trusted brand, and I’m so happy to be partnering with them because of that trust that people have [in] their product,” she told People magazine.

Brunson shared that the skin care brand has been a part of her life “for a long time,” dating back even to her childhood.

The 32-year-old creator’s partnership with Olay is a full-circle moment, considering that Brunson was introduced to the brand of skin-positive products by her mother.

As “someone who doesn’t love to wear a ton of makeup,” Brunson dished on the value of a makeup-free look in her career.

“It’s important for me to feel actually more comfortable walking into my writers room having a bare face,” she said, speaking about her skin-care routine.

“It’s funny because the [brand’s] tagline is ‘Face Anything,’ but I truly do feel like I’m able to do that with just this line of products,” Brunson added.

When it comes to skin care, Brunson said the affordable collection reflects her beauty philosophy: “I believe everything should be for everyone.”

Brunson — who created the “Abbott Elementary” ABC sitcom that earned a perfect A+ score on Rotten Tomatoes — talked about weaving her beauty philosophy into her creative endeavors.

Speaking on the “very grounded, real characters” on her series, Brunson said, “It’s TV ― everyone wears makeup ― but I was excited with Janine to show someone who is not that good at makeup.”

“She doesn’t have to be that good at beauty yet, and we can show a journey. We can show her find what her standard of beauty is. She already has a unique sense of style, and that’s something that people at first were really apprehended by, but then really charmed by, and I think that’s really sweet,” Brunson added.

Brunson, who has worked to represent and intentionally carve space for “short girls [and] Black girls,” told People, “It’s always cool to be able to show how we shine.”

From making Emmy history as the first Black woman to earn three nominations in the comedy category for “Abbott Elementary” — the show earned seven nods in total — to portraying Oprah Winfrey in the upcoming “Weird: The Al Yankovic Story,” Brunson has had quite the sizzling year.

The former self-produced Instagram star was also named one of Time100′s Most Influential People this year.

“It’s still something that leaves me speechless. One of those things you’re like, ‘Oh, that’s cool, Time100,’” she told People at the time. “It’s not even something I aspired to be on ― I hope that’s okay to say ― because it seems so far-fetched.”

‘Abbott Elementary’ Is Renewed For A Second Season

If You’re ‘Infla-Dating,’ Here Are 10 Cheap Dates That Don’t Suck
New Orleans Mayor Speaks Out After Being Accused Of Having An Affair With Police Officer
Ron DeSantis Threatened With Legal Action Over AP African American Studies Ban
Drake Stops Sold-Out Apollo Theater Performance After Fan Falls From Balcony
Did SZA Just Tease A Miley Cyrus Collaboration As She Congratulates Singer For Landing No. 1 With ‘Flowers’?