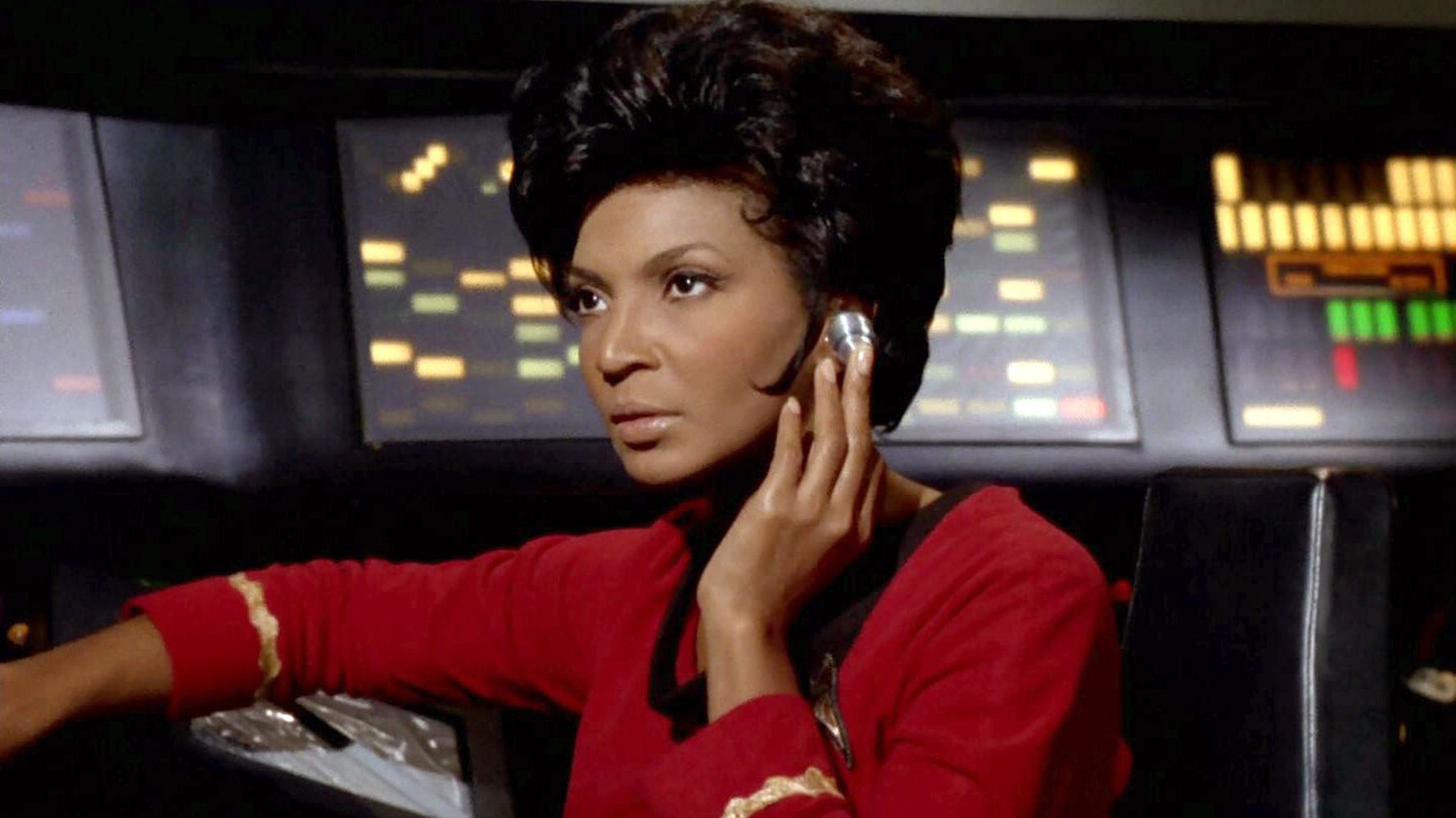 Her death was first announced by her son, Kyle Johnson, on Facebook and later confirmed to Variety by her talent manager and business partner, Gilbert Bell.

“Last night, my mother, Nichelle Nichols, succumbed to natural causes and passed away,” Johnson wrote on Nichols’ official Facebook and Instagram pages on Sunday. “Her light however, like the ancient galaxies now being seen for the first time, will remain for us and future generations to enjoy, learn from, and draw inspiration.”

“Hers was a life well lived and as such a model for us all,” he added. “I, and the rest of our family, would appreciate your patience and forbearance as we grieve her loss until we can recover sufficiently to speak further.”

Born Grace Dell Nichols on Dec. 28, 1932, near Chicago, Nichols was a performer of many talents.

Her career in entertainment began when she was just 16, as a singer with Duke Ellington in a ballet she created for one of his compositions. Although she would go on to work as a model and dancer, Nichols toured internationally as a singer with the big bands headed by Ellington and Lionel Hampton.

Nichols made her film debut opposite Sammy Davis Jr. in the 1959 picture “Porgy and Bess” and began work in television a few years later. She was then cast in the role of a lifetime, as Lt. Nyota Uhura, communications officer on the Starship Enterprise, in the original “Star Trek” TV series.

African-American women had appeared on television before, but they’d usually been cast as domestics. When “Star Trek” began in 1966, Nichols’ significant role in a prime-time series marked a TV milestone.

“When I was 9 years old, ‘Star Trek’ came on. I looked at it and I went screaming through the house, ‘Come here, mum, everybody, come quick, come quick, there’s a Black lady on television and she ain’t no maid!’” Goldberg said. “I knew right then and there I could be anything I wanted to be.”

Nichols remained with “Star Trek” through its entire original run, which ended in 1969, and made appearances in subsequent “Star Trek” films.

However, she had originally planned to resign after her first year on the show. As Nichols explained in a 2011 PBS interview, she changed her mind after a chance meeting at an NAACP event.

“One of the promoters came up and said someone wanted to meet me. He said he’s my greatest fan,” Nichols said. “I thought it was some Trekker, some kid. I turned in my seat and there was Dr. Martin Luther King Jr. with a big smile on his face. He said, ‘I am a Trekker, I am your biggest fan.’”

King encouraged Nichols to remain with the series.

“He was telling me why I could not [resign],” she recalled. “He said I had the first nonstereotypical role, I had a role with honor, dignity and intelligence. He said, ‘You simply cannot abdicate, this is an important role. This is why we are marching. We never thought we’d see this on TV.’”

In her long career as an actor, Nichols appeared in several other productions on the small and silver screens, including the NBC series “Heroes” and films like “The Supernaturals” and “The Bitter Earth.” She also lent her voice to animated programs like “Futurama” and “Batman: The Animated Series.”

Nichols may best be remembered for her career in entertainment, but she also leaves behind a different legacy: as a woman who dedicated decades of her life to advocating for space exploration, particularly among women and minorities.

A lover of all things space, Nichols served on the Board of Governors of the National Space Society, a nonprofit space advocacy organization, and was reportedly an active leader in the now-defunct Space Cadets of America. She also launched a consultant firm, Women in Motion, which partnered with NASA to recruit minority and female personnel for the space agency. Her recruits included Guion Bluford, the first African-American astronaut in space, and Sally Ride, the first female American astronaut.

Nichols received NASA’s distinguished Public Service Award for her efforts in this field. She even had an asteroid named in her honor.

In recent years, Nichols had pulled back on public and professional appearances amid a string of health setbacks. She had reportedly been battling dementia since 2013 and had a mild stroke two years later. Up until her death, Nichols was in the middle of a bitter conservatorship battle over her estate between her longtime talent manager Bell and her son amid claims of elder abuse; it gained renewed interest amid the #FreeBritney movement surrounding Britney Spears.

She made her final public appearance at Los Angeles Comic-Con in December 2021 as part of a three-day farewell celebration honoring her trailblazing career.

Alpha Phi Alpha Commemorates MLK’s Legacy with Oratorical Competition in Essex County
Court Proceedings For Young Thug And YSL Members Have Been Disrupted By Alleged Drug Transactions And Contraband Smuggling
This Is What Having An Incarcerated Mother Can Rob You Of
Rep. Sheila Jackson Lee Introduces New Law To Prosecute White Supremacists: Here’s What It Would Mean
Rep. Ritchie Torres Calls For FEC Investigation Of George Santos As More Wild Stories Emerge