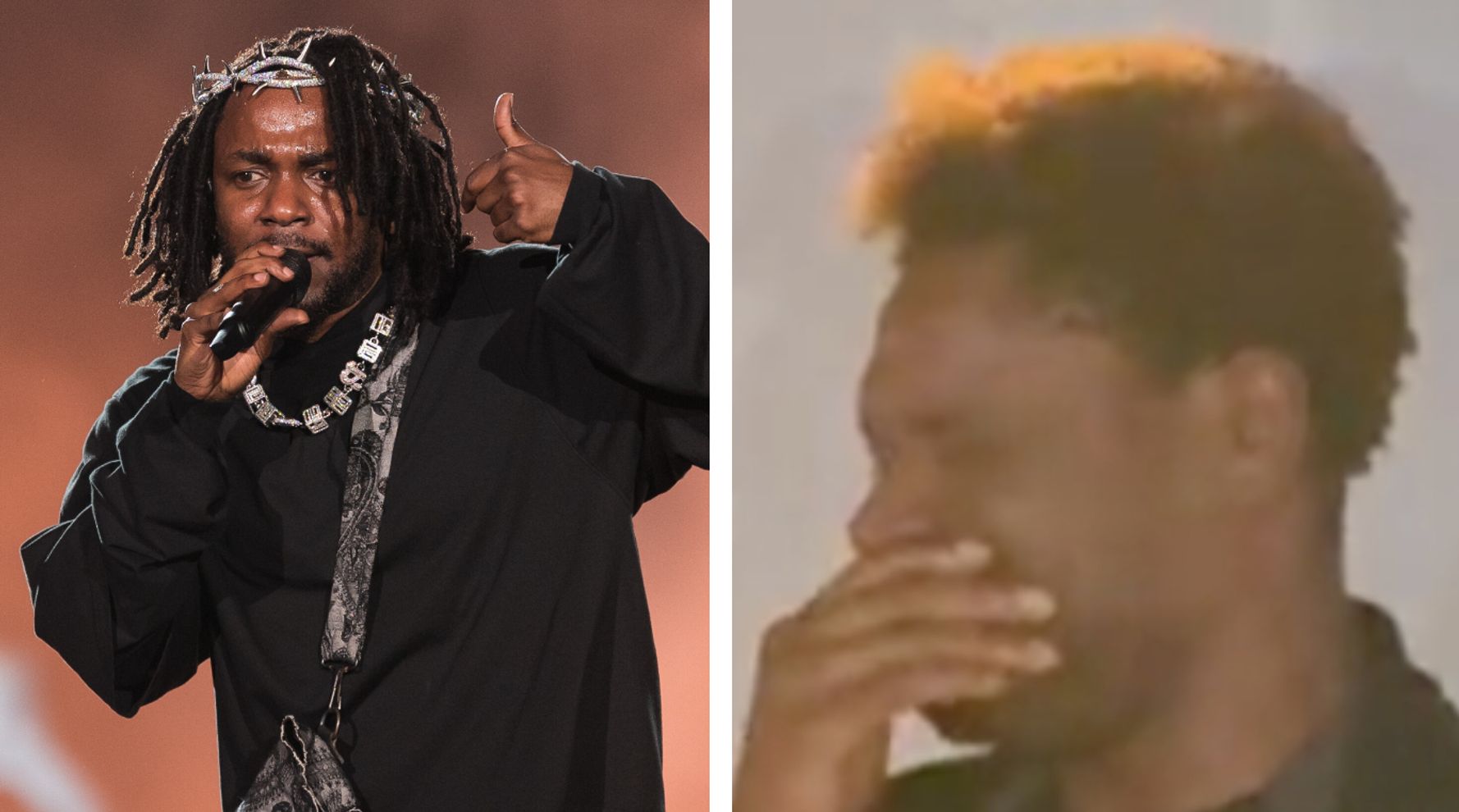 Kendrick Lamar won’t judge you if you need some tissues after attending one of his concerts.

Lamar has been in the spotlight recently after footage from his Big Steppers Tour has been buzzing across social media, highlighting just how engrossing his performances can be.

Recently, a viral clip emerged from the tour showing a security guard being visibly brought to tears by the prophetic rapper’s live performance of 2017′s “DAMN” tune “Love.”

After the footage made the rounds across social media, fans began wondering if the video — which has garnered over 11 million views on TikTok — was ever noticed by the Grammy-award winning rapper.

In an interview with Jazzy’s World TV, Lamar confirmed he’s seen the viral clip, before explaining that he wants his music to bring out positive emotions in people.

“It’s really just about the feeling of it at the end of the day,” Lamar told Jazzy. “Past all the politics, past all the numbers. It’s what music makes you feel, how it makes you feel. So to see that … And shout-out to him by the way because I seen him, bro. I was like, man, I wonder what he going through? But at the end of the day that’s how you want everybody to perceive your music.”

In an interview with Fox 26, the security worker, who was later identified as Devyn Sanford, said he was clueless that the moment had been captured until after the concert.

“I woke up the next day and it was everywhere,” he said. “I’m still taking it all in right now.”

Sanford revealed that Lamar is one of his favorite artists, so he made every effort to attend the concert at the Houston Toyota Center.

“I debated about whether to buy tickets or work the show and I decided to work it and it was still just as impactful to me,” he explained.

Sanford, who was seen wiping away tears as he tried to keep his composure during Lamar’s performance, went on to add that “Love” holds significant weight for him.

“It brought me back to when the song first came out. I was going through a tumultuous time in my life at that point,” he told the news outlet. “The words, the crowd around me, everyone was screaming and reaching for Kendrick and crying and I kind of like absorbed everybody’s emotions. I was trying my best to hold it together and I just cracked.”

The security guard also commented on the viral clip on the video-sharing platform, writing: “That’s me in the post y’all… this song means EVERYTHING to me and I was feeling everybody around me emotions… definitely love getting paid to do this.”

Sanford went on to reveal that Lamar’s team has since reached out to him to offer free merch and possibly a chance to talk to the beloved rapper.

Lamar’s “Mr. Morale & the Big Steppers” album debuted at No. 1 on the Billboard 200 Albums Chart following its release in May.

Kendrick Lamar Transforms Into O.J. Simpson, Will Smith And Others In New Music Video

I Am A Brain Cancer Doctor. I Thought I Understood My Patients — Then I Got A Brain Tumor.

Slavery Fueled Our Climate Crisis. Here’s How Reparations Can Slow It Down.
A Cop Is Accused Of Falsifying Search Warrant Used In Raid Of Breonna Taylor’s Home. Now, Her Death Is Being Connected To A Housing Development Project
6 Things To Know About The Woman Charged With The LA Fiery Crash
Brother Of Aqib Talib Wanted In Fatal Shooting Of Youth Football Coach In Dallas
Twitter Explodes After Discovering Blueface’s Girlfriend Chrisean Rock Is An Athletic Superstar