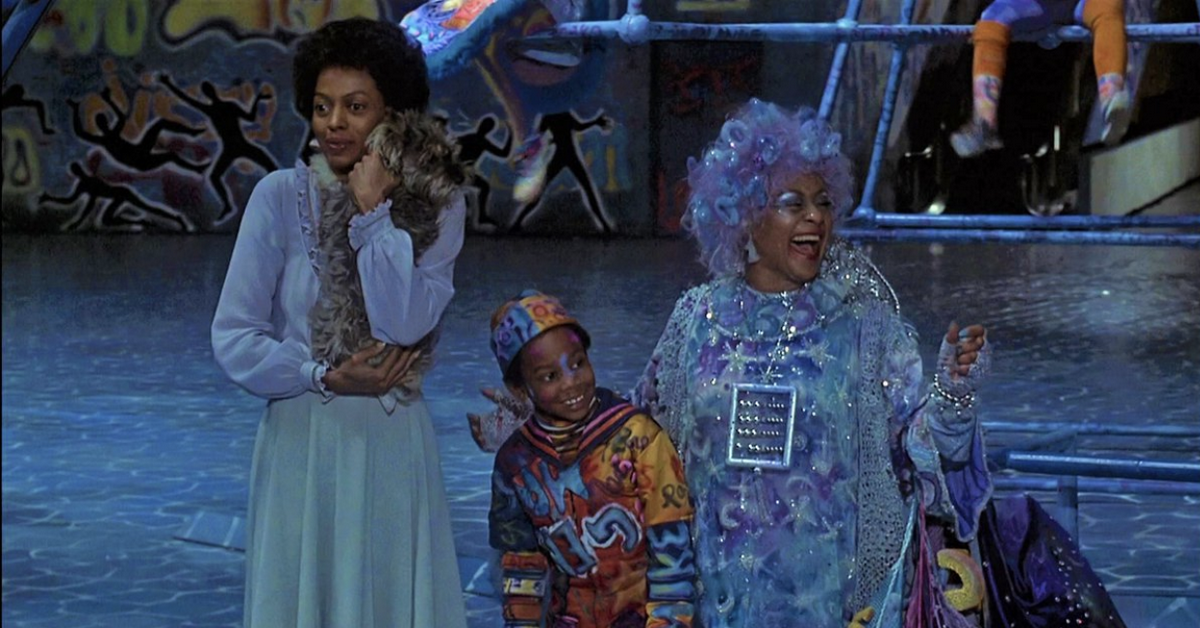 Before NBC launched its The Wiz Live!, starring Queen Latifah, Shanice Williams, and Elijah Kelley, there was The Wiz, a 1978 film based on the 1974 musical retelling of Frank Braun’s children’s novel The Wonderful Wizard of Oz, in the context of contemporary African-American culture. It was one of the few entries in American cinematic history that continue to transcend time and era and still remain culturally relevant in modern times. But that wasn’t always the case.

The making of the beloved 1978’s classic film had troubles of its own. The filmmakers behind the film, Sidney Lumet and Rob Cohen, were tasked with re-conceptualizing an iconic and well-known storyline, previously depicted in a movie classic, The Wizard of Oz. And this wasn’t an easy feat, considering just how beloved the 1939 classic was. Here’s a bit of history behind the making of The Wiz, a phantasmagoria of sight, sounds, and Diana Ross.

The idea for The Wiz was conceived some ten years before the movie hit the theaters by Ken Harper, an English film producer, who initially called Geoffrey Holder after the project was greenlit. However, due to demands of financers, Harper decided to bring in Gilbert Moses as a co-director (Holder backed down after Moses was brought aboard), who single-handedly ruined the pre-Broadway version of The Wiz so much that Ken Harper considered closing the musical.

The pre-Broadway version of the show was a disaster, mostly because the audiences were still partial to the previous cast; there was an obvious lack of creative direction and a lack of diversity within the audience. But instead of closing the show, Harper did a smart thing — he asked 20th Century Fox for a larger marketing budget, which was used to focus more predominantly on African-American communities.

The studio also brought back Holder, who gladly accepted the role of director once again and would later become known as The Whiz who saved The Wiz. Between restoring some notable parts of the show that the previous director had cut out and a very successful marketing campaign, the Broadway version of The Wiz started to sell out. The original cast, including Stephanie Mills as Dorothy, Stu Gilliam as the Scarecrow, Tiger Haynes as the Tin Man, and Ted Ross as the Cowardly Lion, ran more than 1,600 successful performances over four years.

The musical’s success propelled Holder as a director, and he gained numerous accolades for directing and costume design — in fact, he was the first Black man to be nominated for said awards. However, the Broadway hit also warranted making it into a movie, which later became a blockbuster classic, despite poor domestic box office performance and horrible initial criticism. In fact, the studios involved in the making of The Wiz film were absolutely convinced that it would be an absolute success.

Motown Pictures, a TV/film branch of Motown Records, had acquired the film rights to The Wiz in 1977 and immediately signed Stephanie Mills, the star of the musical, as the film’s Dorothy. However, a Motown singer and personal friend of Michael Jackson, Diana Ross, also wanted the role of Dorothy. Despite her manager Berry Gordy’s discouragement, she managed to convince the film’s exec producer, Rob Cohen, to arrange a deal where he would produce the film if she was cast as Dorothy.

Additionally, Cohen thought that Michael Jackson, who was 19 at the time, would be perfect for the role of Scarecrow and approached Gordy with the idea. Gordy was thrilled with the idea, but Lumet took some convincing, as did Michael’s father, Joe Jackson. MJ’s controlling dad didn’t want him working on a project that would separate him financially from his siblings in the Jackson 5, so Cohen mollified him with approximately $100,000 for MJ to play Scarecrow.

It’s important to note that many of these things happened simultaneously. Diana Ross was cast as Dorothy, which angered some, including the film’s first director, John Badham, who either quit or was fired because he disagreed with Cohen’s decision. Cohen brought Sidney Lumet to direct. Lumet was known for getting movies done on time and under budget. He initially didn’t want Michael as the Scarecrow but later changed his mind.

Jackson took his choreography sessions with Louis Johnson, the pioneering African-American ballet dancer, extremely seriously, and his effort is best visible in his choreographic bits involving Diana Ross — the duo had terrific chemistry. Unfortunately, Diana Ross turned out to be mismatched for the role (as John Badham had pointed out) because she lacked the wide-eyed childish wonder that the role required.

With everything said, the film was a box office flop since it only made somewhere around $13 million, as opposed to a $24 million budget. Though it went on to become a timeless classic thanks to its numerous qualities, The Wiz was initially marred by racist backlash since theater chains in white neighborhoods wouldn’t schedule the film for fear of scaring off white regulars. Critics, as well as the audiences of the time, didn’t actually like the film upon its initial release either.

Diana Ross’ involvement was heavily criticized, and her performance was even called neurotic and oddly unattractive. Michael Jackson’s performance, on the other hand, was really appreciated by both the audience and the critics, and the star released his Off the Wall album ten months after The Wiz — the album was heavily influenced by Michael’s stay in New York during filming. Years have passed since; Jackson became the King of Pop, and The Wiz became a cult classic film.

The critics that called it an expensive crud in 1978 called the same film a delightful mess in 2005, while the Academy nominated The Wiz for four Academy Awards for Best Art Direction, Best Costumes, Best Original Music, and Best Cinematography. In the end, it really managed to capture the social and cultural consciousness of post-Civil Rights Movement communities as a story of racial liberation and perhaps even an early form of Afrosurrealism or even Afrofuturism.

Everything about that bit of cinematic history screamed Africa and the African diaspora, from the changing background color in “The Color Is” scene, with green, red, and yellow representing color schemes found on most African flags, to the music and dance moves that had their part to play in the evolution of several music genres — including R&B music, and several modern types of dance.