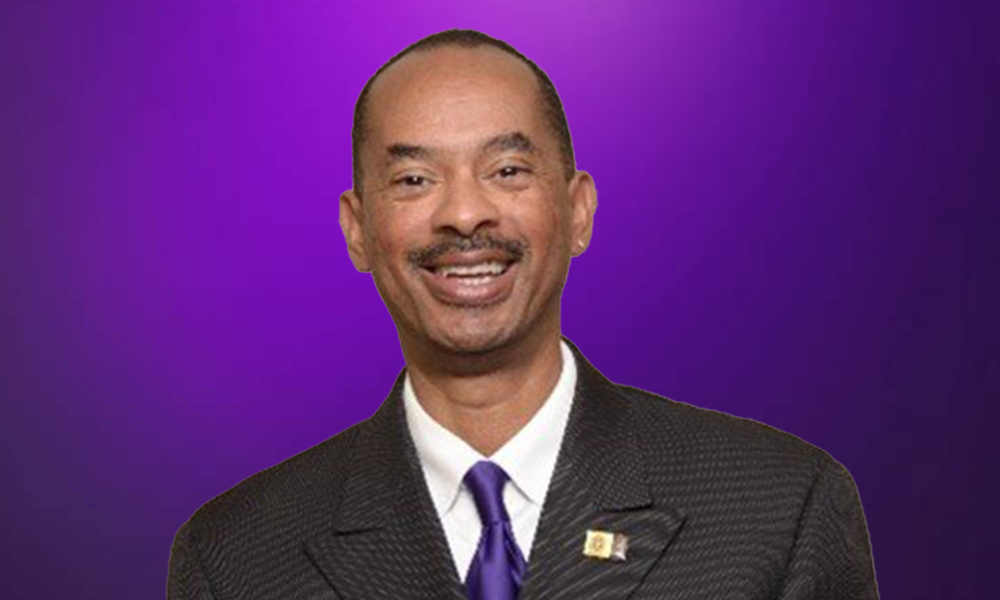 Lewis is coming to the highest leadership position in the fraternity after serving as the 35th First Vice Grand Basileus Omega Psi Phi, a title he has held since 2018.

According to the bio on his campaign website, Ricky Lewis was born in Pensacola, Florida and moved to Los Angeles as a teenager. He graduated from the University of the Pacific in Stockton, California where he was initiated into the Omega Psi Phi’s Nu Mu Chapter in 1981. He is a life member of the fraternity.

His work for the fraternity has been extensive. From 1995 to1998 he served as the 24th, 12th District Representative of Omega Psi Phi Fraternity and from 2012 to 2013 he served as the 11th Chairman of the Board of the Omega Life Membership Foundation. He currently is the Executive Director of the Omega Youth Leadership Conference and Mentorship Program in Los Angeles, an organization that has impacted the lives of over 8,800 young men over the last 28 years.

Professionally, Lewis has worked in the Aerospace industry for the past 38 years.

We at Watch The Yard would like to congratulate Rickey Lewis and the new supreme council on this monumental achievement and wish them nothing but success.

The White House on Tyre Nichols
Tyre Nichols Remembered As Beautiful Soul With Creative Eye
Sheldon Epps Sets A New Path For Himself With ‘My Own Directions’
Breonna Taylor’s Mother, Tamika Palmer, Reveals That Her Daughter Shares The Same Birthday As Tyre Nichols
Maxine Waters Hilariously Shuts Down GOP Rep. By Focusing On Trump’s Love Of Dictators