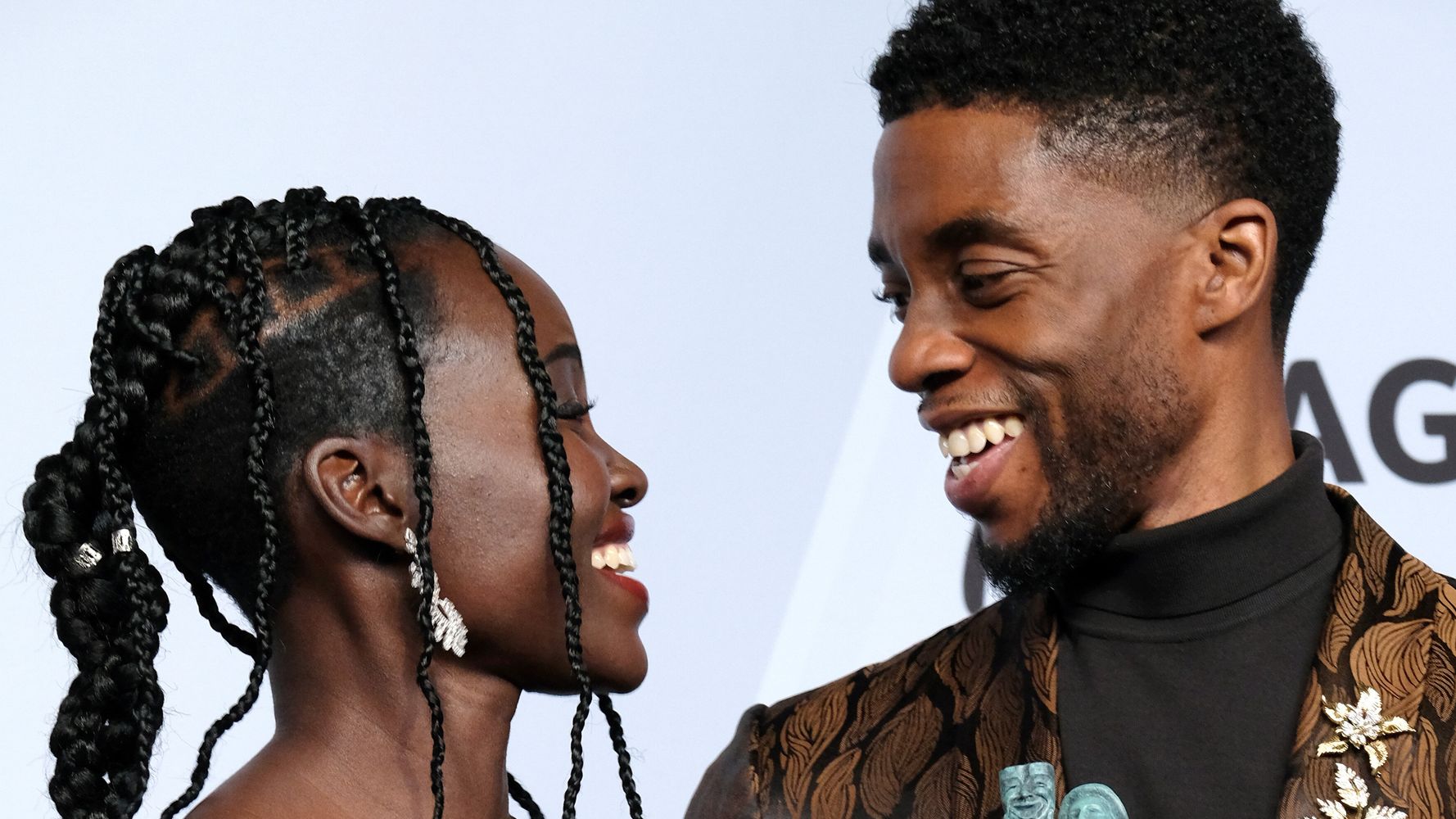 Much like Wakanda, Chadwick Boseman lives forever in the hearts of his “Black Panther” family.

The spirit of the late actor, who died in August 2020 at age 43 of colon cancer, looms large in the emotional first trailer of the sequel “Black Panther: Wakanda Forever,” which was released over the weekend.

That was all by design, as Boseman’s presence was deeply felt behind the scenes of the Marvel movie as well, according to Lupita Nyong’o, who said making the film helped her process her co-star’s death.

“It’s been a doozy of a few years I think for everybody,” the actor told The Hollywood Reporter at San Diego’s Comic-Con on Sunday. “For us as a cast, having lost our king, Chadwick Boseman, that was a lot to process, and in many ways, we’re still processing it. When you lose someone, I don’t know when you stop missing them. And of course, we felt it so much, making this film without him.”

Losing Chadwick Boseman was a lot for the #BlackPanther team to process, @Lupita_Nyongo says: “When you lose someone, I don’t know when you stop missing them” pic.twitter.com/KsWPuwDOum

“To make this film against all odds is a powerful statement unto itself, and I am very proud that we did it,” Nyong’o, who stars as Nakia in the franchise, shared, noting how production also faced the challenge of filming during the height of the COVID-19 pandemic.

“It was very therapeutic. It restored a sense of hope for me in making it, and I think we’ve expanded the world of Wakanda in ways that will blow people’s minds — not just Wakanda, but the Black Panther world,” the Oscar winner added. “It’s gonna blow people’s minds, and I just cannot wait until it’s not a secret anymore.”

Directed once again by Ryan Coogler, “Black Panther: Wakanda Forever” picks up with the story “in the wake of King T’Challa’s death,” as his family and friends “must fight to protect their nation from intervening world powers.”

“As the Wakandans strive to embrace their next chapter, the heroes must band together with the help of War Dog Nakia (Lupita Nyong’o) and Everett Ross (Martin Freeman) and forge a new path for the kingdom of Wakanda,” the synopsis reads.

“We put our love for Chadwick into this film,” Coogler said onstage at the event after unveiling the trailer. “We also put our passion.”

“Our call sheets didn’t have a #1. That was reserved for Chadwick. He was with us.”
— @Lupita_Nyongo on honoring #ChadwickBoseman’s spirit in #BlackPantherWakandaForever. #sdcc2022 pic.twitter.com/tD8aRcWJ26

Nyong’o also revealed that the cast and crew made a small, but significant adjustment to the call sheet to honor Boseman on set every day.

“Our call sheets didn’t have a #1,” she told MTV News. “That was reserved for Chadwick. He was with us. This script when you take your pain and make something beautiful out of it, it resonates.”

At the end of the trailer, a mysterious figure is seen wearing the Black Panther costume, leading fans to believe that someone does indeed take over the role of Wakanda’s protector.

As for who might become the next Black Panther, Nyong’o isn’t risking spoiling the surprise, telling The Hollywood Reporter, “Don’t you just love a good secret?”

Journalist William Rhoden on the Dehumanization of Black Athletes
Why It’s Important To Have An Outlet In College
Sheldon Epps Sets A New Path For Himself With ‘My Own Directions’
Elijah McClain’s Mother Slams Aurora PD After Rehiring Officer Who Threatened Him With A Dog Bite
Before The Tyre Nichols Bodycam Footage Was Released, I Shared This Video. It Exploded.