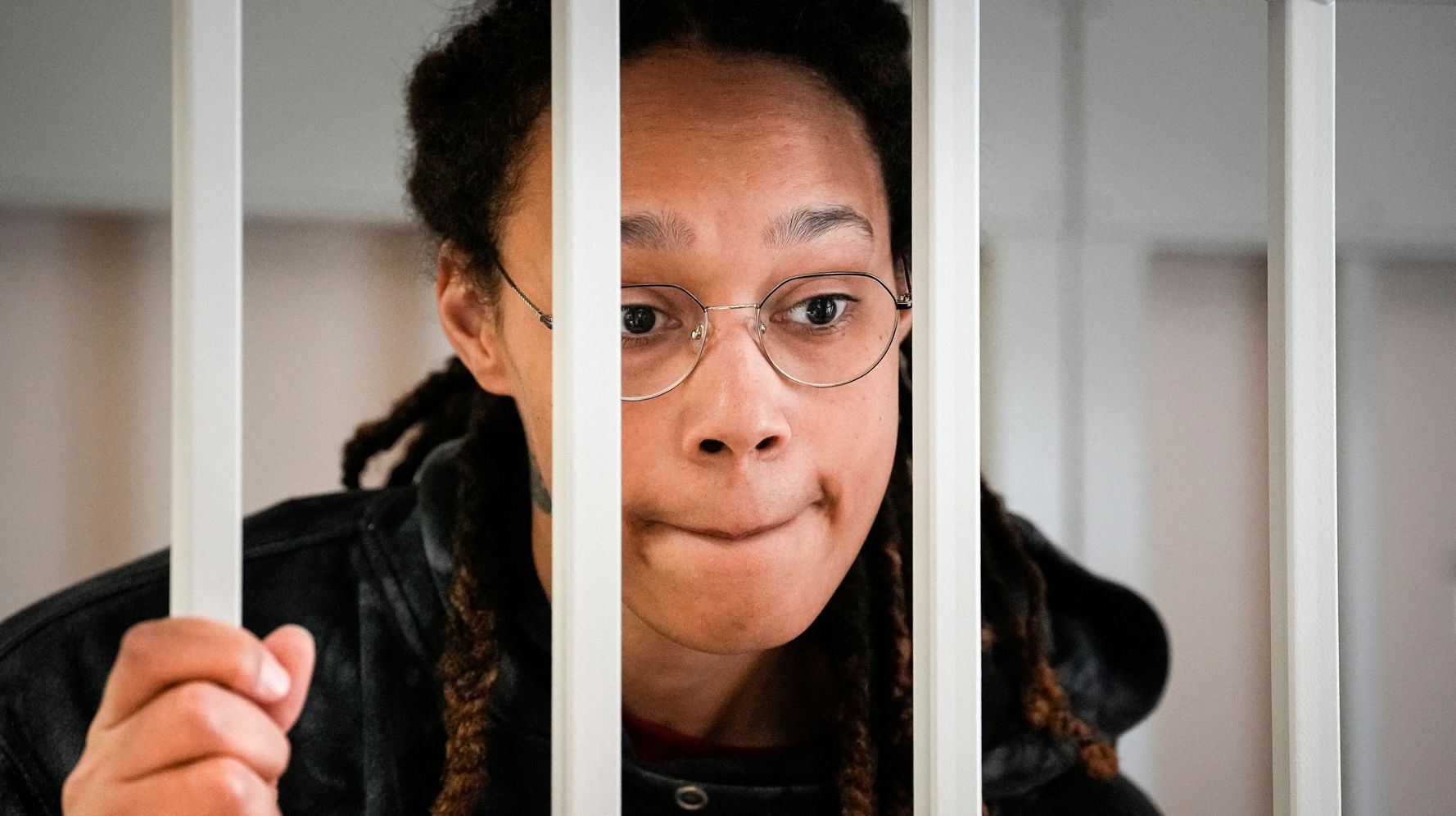 On Tuesday, Brittney Griner wished her wife, Cherelle, good luck on the bar exam from inside a cage at her drug trial in Russia.

In a conversation with ABC News — the first time Griner has been able to speak to the media since her February arrest overseas — the WNBA All-Star was asked if she had a message for her wife.

“Good luck on the bar exam,” Griner replied, behind her cell bars.

Later in the interview, ABC News producer Tanya Stukalova asked Griner if she had any complaints about her stay in Russian custody. The Phoenix Mercury center responded, “No, no complaints. Just waiting patiently.”

The two-time Olympic gold medalist was also shown holding up a clear plastic sleeve containing two photos of her wife.

Griner, who has been detained for over five months in Russia, was arrested at a Moscow airport after officials allegedly found hashish oil and vape cartridges in her luggage.

The star’s legal team has pushed back against the claim, arguing that the oil and cartridges were prescribed by a doctor to help Griner deal with her injuries.

The 31-year-old’s lawyers claim she used cannabis stateside for medical rather than recreational purposes, pointing to a prescription for medical marijuana she received from an Arizona doctor as evidence.

Griner has since pleaded guilty to the charges against her. If convicted, she faces up to 10 years in prison.

In May, the U.S. State Department classified Griner’s stay in Russia as a ”wrongful detainment.”

The Biden administration has been facing increasing public pressure to secure the release of Griner after her arrest sparked an international outcry from supporters.

Last week, Biden signed an executive order expanding his administration’s ability to negotiate the release of Griner and other Americans that the government has judged to be wrongfully detained abroad.

Dior Honors Josephine Baker And Uses Her Image As A Backdrop During Recent Fashion Show
Jalen Hurts And Patrick Mahomes Make Super Bowl History As The First Black Quarterbacks Starting For Both Teams
Officials Release Footage From Fatal Beating Of Tyre Nichols At The Hands Of Memphis Police
Smokey Robinson’s Album Title ‘Gasms’ And Its Colorful Tracklist Ignites Twitter Firestorm: ‘Not This Being Real?’
Former NFL Player Jessie Lemonier Dies At 25, Was Expecting His First Child With Girlfriend