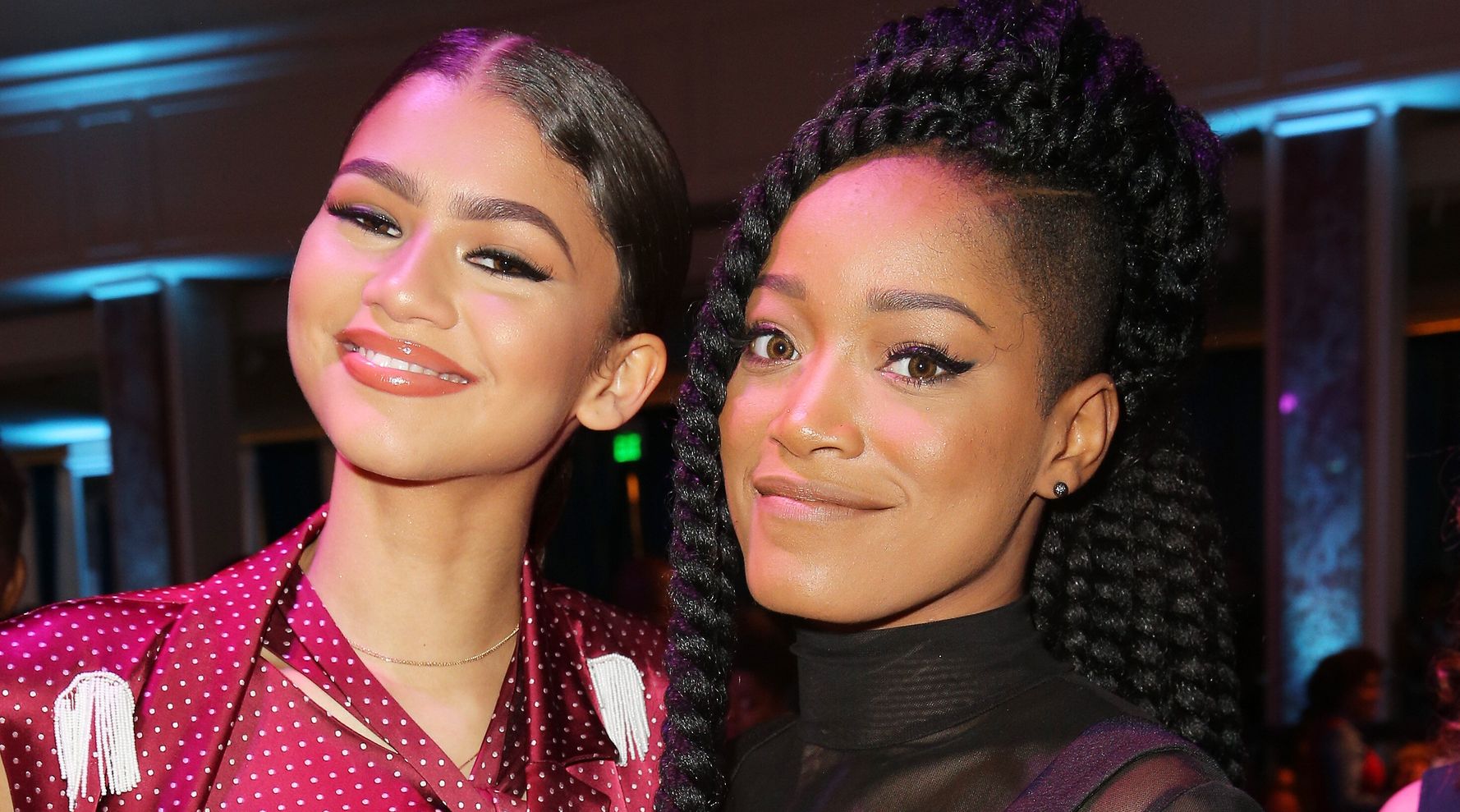 Keke Palmer would like to remind you she’s in a league of her own.

The “Nope” star responded to a recent viral Twitter thread that argued that the difference between Palmer’s “mainstream popularity” and Zendaya’s offers “one of the clearest examples of how colorism plays out in Hollywood.”

The debate arose amid critical praise of Palmer’s performance in Jordan Peele’s new sci-fi thriller, which topped the box office over the weekend. It’s been a banner summer for Palmer, who also recently lent her vocal talents to Disney’s “Lightyear” alongside Chris Evans.

“A great example of colorism is to believe I can be compared to anyone. I’m the youngest talk show host ever,” Palmer tweeted on Sunday. “The first Black woman to star in her own show on Nickelodeon, & the youngest & first Black Cinderella on broadway. I’m an incomparable talent. Baby, THIS, is Keke Palmer.”

“I’ve been a leading lady since I was 11 years old,” Palmer, now 28, continued. “I have over 100+ credits, and currently starring in an original screenplay that’s the number one film at the box office #NOPE. I’ve had a blessed career thus far, I couldn’t ask for more but God continues to surprise me.”

I’ve been a leading lady since I was 11 years old. I have over 100+ credits, and currently starring in an original screenplay that’s the number one film at the box office #NOPE. I’ve had a blessed career thus far, I couldn’t ask for more but God continues to surprise me.🥹🥳❤️🙏🏾

The Twitter thread about colorism in Hollywood came after another fan, Teen Vogue’s Aiyana Ishmael, questioned the narrative about Palmer currently having a “breakout or superstar moment,” given her nearly 20-year career.

“It’s wild we live in different worlds because in my household Keke been a star for forever,” Ishmael wrote, citing the 2006 movie “Akeelah and the Bee,” in which a preteen Palmer played the title character. Palmer has since become a widely beloved and consistently booked performer, as well as a reliable source of viral memes thanks to her endlessly charming interviews and press appearances.

Still, a debate arose about the perceived difference between Palmer and Zendaya’s “mainstream popularity,” as they both appeared in popular Nickelodeon shows when younger ― “True Jackson, VP” and “Shake It Up,” respectively.

Zendaya is now one of the highest paid stars in Hollywood, following her roles in blockbuster films like “Dune” and Marvel’s “Spider-Man” franchise, in addition to her work on HBO’s “Euphoria,” which garnered her an Emmy Award and multiple history-making nominations this year.

The conversation drew a variety of responses across social media. Some people resented the comparison between the performers, while others argued that Zendaya’s privilege as a light-skinned Black woman shouldn’t be ignored.

“I dont know why y’all are obsessed with comparing people. They both worked their asses off to get to where they are,” one person wrote. “Yes Keke deserves more but shit wasn’t just handed to Zendaya either. Comparing their careers downplays Keke’s success and downplays Zendaya’s talent.”

“I don’t understand why ppl act like calling out colorism is discrediting someone’s talent,” another person tweeted. “Yes Zendaya is incredibly talented but the lightskin did push her up[.] it’s not her fault it’s the structure of things but acknowledging it is important.”

“Keke’s net worth is $7 million and Zendaya’s is $20 million,” a third person wrote. “Keke has been a mainstream success since her career began and has put in substantially more work. She should be one of the HIGHEST paid entertainers in the game. So yes it’s colorism.”

Over the years, both Palmer and Zendaya have candidly reflected on how colorism has affected their careers.

In 2018, the “Euphoria” star described herself as Hollywood’s “acceptable version of a Black girl,” while calling for more representation in an industry that has historically upheld Eurocentic beauty standards.

“As a black woman, as a light-skinned black woman, it’s important that I’m using my privilege, my platform to show you how much beauty there is in the African-American community,” she said at the time.

“We’re vastly too beautiful and too interesting for me to just be the only representation of that,” she added. “What I’m saying, it’s about creating those opportunities, sometimes. You have to create those paths. And that’s with anything, Hollywood, art, whatever.”

Palmer, meanwhile, remarked in an interview with TheGrio that same year about how Hollywood has “highlighted some barriers when it comes to colorism.”

“Growing up, I didn’t see people with my complexion at the forefront or being shown as beautiful. I only saw one representation of beauty and that was of a black person with a lighter complexion,” Palmer told TheGrio.

“I had all these questions and as I got older, I realized there was a huge disconnect as far as corporate views of what beautiful is and it’s very old, traditional, and based off of one kind of person’s perspective,” she said. “This is why [a] little girl like me growing up wasn’t beautiful to other people.”

Black wealth and the power of the Black dollar | ‘Maconomics’ All You
Patti LaBelle Is Now an Honorary Member of Alpha Kappa Alpha
TikTok Star Randy Gonzalez Of Father-Son Duo Enkyboys Dies Of Colon Cancer At 35
Oregon Jury Awards $1M To Woman Told, ‘I Don’t Serve Black People’ At Gas Station
Octavia Spencer Says She Experienced More Racism In Los Angeles Than In The Deep South