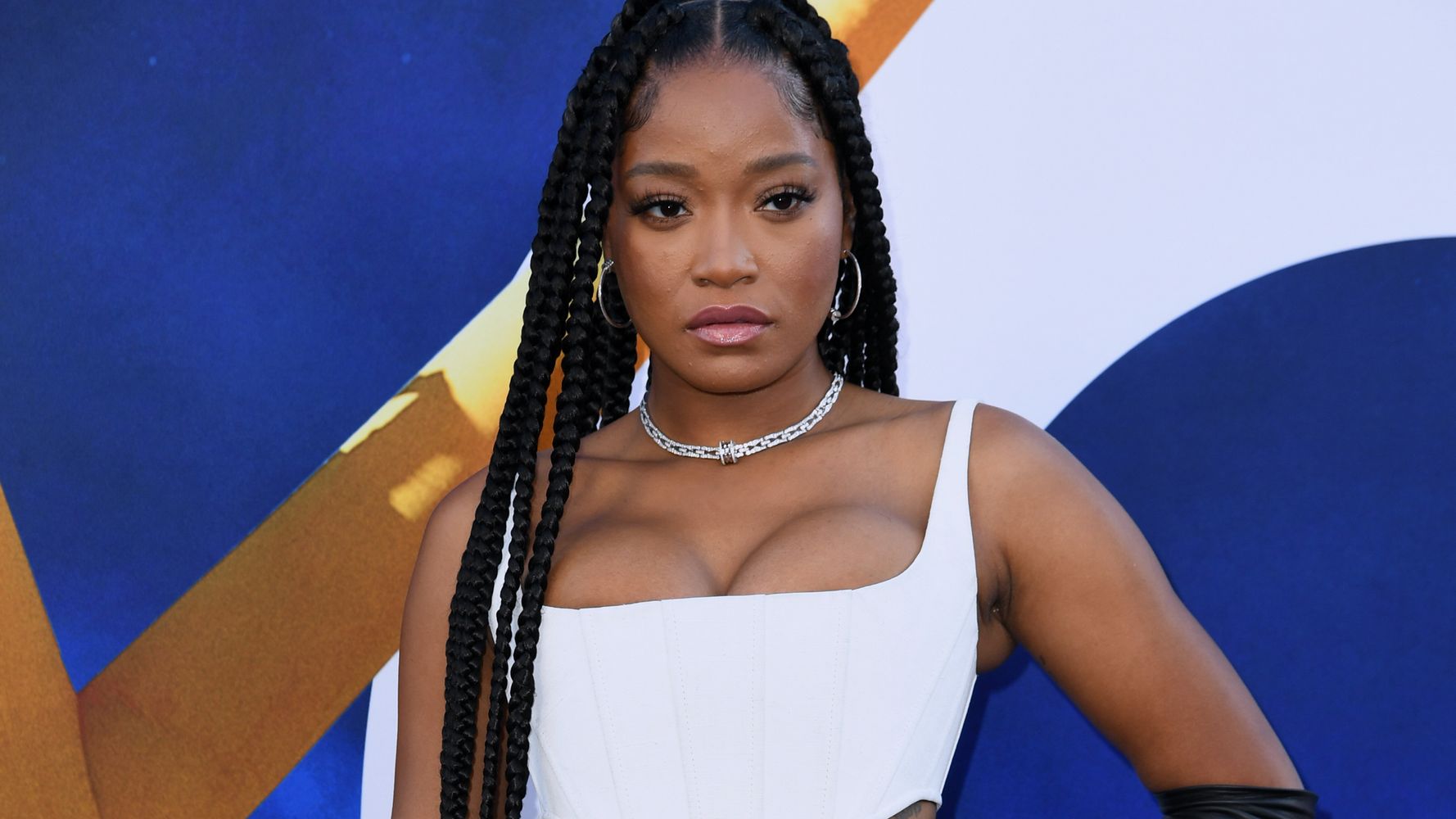 Keke Palmer is on an undeniable 20-year roll.

The 28-year-old multi-hyphenate stars in Jordan Peele’s new sci-fi thriller “Nope” as the colorful and comedic Emerald Haywood. In the film, Emerald and her brother OJ, played by Daniel Kaluuya, are left with the task of sustaining their family business of training horses for Hollywood productions after the random, violent death of their father on the ranch.

We’re first introduced to Emerald with a monologue explaining her family’s history in showbiz, including a little-known lesson in the first person captured on motion picture, a Black man named Gilbert Domm. From jump, the energy Palmer brings to her character adds a level of humor, depth and resilience that makes it hard not to love every moment she’s on-screen.

“She’s made up of so many different archetypes from the jester to the orphan,” the Robbins, Illinois, native said of Emerald. “She was written so skillfully, so I think for me, I wanted to make sure her transition from the beginning of the film to how her character’s impacted towards the end, I wanted to make sure that was seamless.”

“Nope” is already getting thrown into award conversations. And of course, like Peele’s last social thriller “Us,” audiences have a range of theories about what the alien monster in the film represents. Palmer gave her thoughts on what she believes the message behind the film to be, noting that it’s more about how our gaze may objectify certain people, things or events.

“When I think about the UFO or the spectacle object that we are getting to know in the film, I think it’s less about its agenda and more how it’s responding to ours,” she said. “I think that’s really what the movie is, is an exploration of how what we antagonize or how we approach spectacle or things, whether they be miracles or bad miracles, the response that we had that then exacerbates the situation.”

“Nope” may be one of this summer’s biggest films, but it’s not the only big project on Keke “Keep a Check” Palmer’s plate this year. Just last month, Palmer was all over the U.K. and U.S. doing press for the blockbuster hit “Lightyear.” She’s also had major roles in animation this year, including “The Proud Family: Louder And Prouder” and “Human Resources.” And in January, she starred in the Blaxploitation-inspired film “Alice.”

That’s just this year. Palmer’s many hats include actor, music artist, red carpet host, reality TV show judge and habitual meme-originator. Palmer attributes her 20-year history in Hollywood to her knack for tapping into her creativity — and a tendency to get bored often and want to try new things.

“I don’t think that my mind says to me that I only have to do one thing. I think I’ve always been encouraged by my mom to just do whatever I feel and never feel bound by wanting one thing and just have fun in life,” she said. “On the other side of it, I feel like I want to grow and I want to expand. I want to evolve. I don’t want to just stay on the same page. I want to keep my life exciting. To myself, not even just to people watching.”

More than anything, Palmer wants to make sure she’s always being true to herself. She knows the weight that Black celebrities often carry to represent their community, but she doesn’t want the world to force her to carry that responsibility.

“I do think sometimes as a Black artist, you are solely tied to your cultural perspective, which sometimes isn’t the whole involvement in something. There’s so many other aspects to me other than being a Black woman,” she said. “But I do think as an artist, that is a big perspective of mine, so I’m just following what’s natural to me in terms of how I view representation.”

She said she tends to pull back when she feels unnatural pressure to go off of other people’s expectations of her to be a role model for representation.

“My intention is always to do my best and again, from what I know and my knowledge,” she said. “But also save room so when other Black artists look at me, they know that at the end of the day, it’s just about being true to your craft and true to yourself. No one can tell you — Black, white or otherwise — what that means because you bring you to the table of whatever your identity is to the outside world. You bring you to that, whether it’s changing or challenging the stereotypes.”

Kyla Pratt Has Been America’s Sweetheart All Along