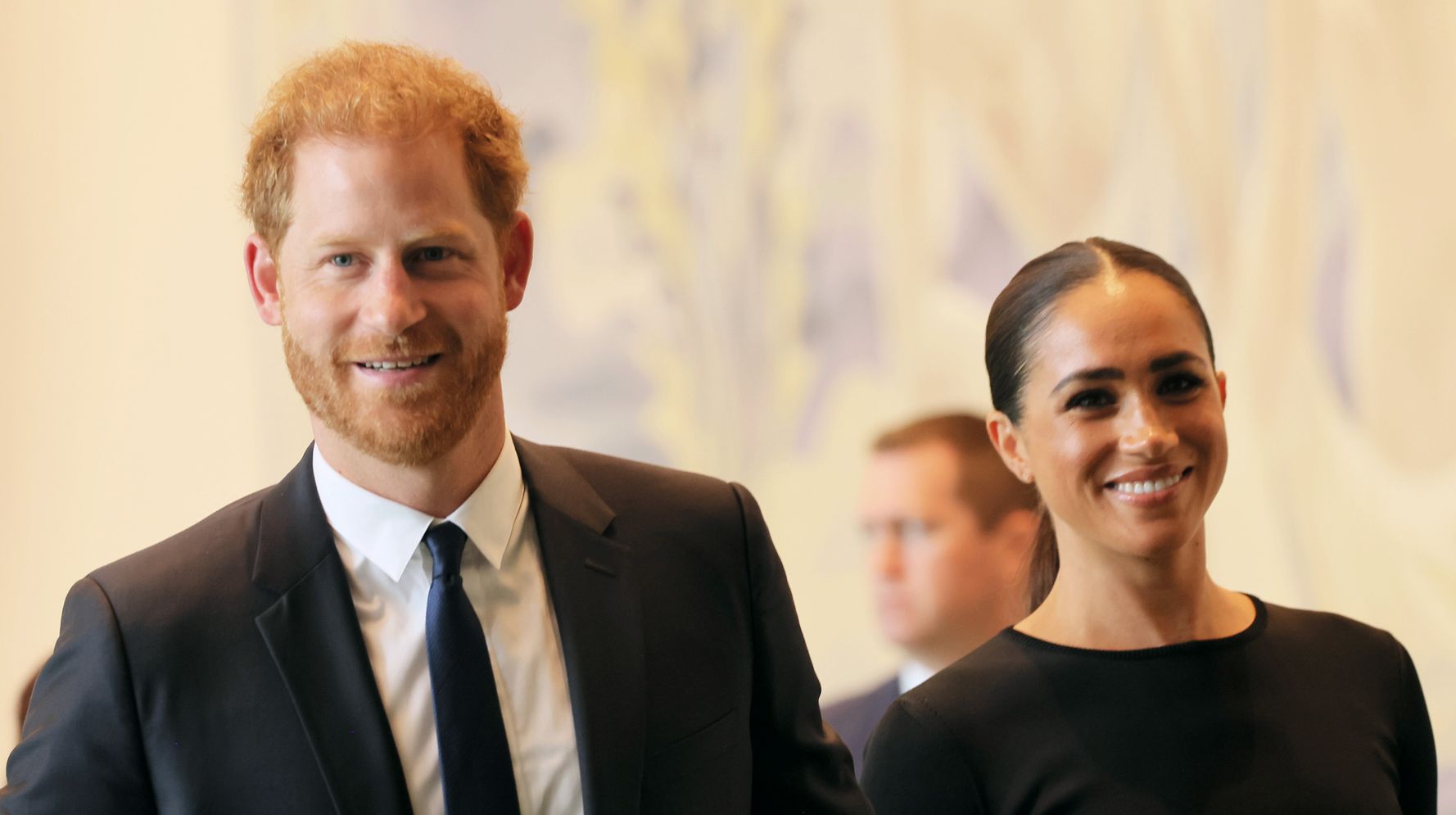 Prince Harry spoke of Nelson Mandela’s enduring legacy and encouraged people to find hope in current times of despair in an emotional keynote address at the United Nations on Monday in honor of Nelson Mandela International Day.

The Duke of Sussex, who was invited by the Nelson Mandela Foundation to speak, delivered the address as his wife, Meghan Markle, looked on.

The royal began his speech by talking about a photo of his mother and Mandela that is meaningful to him, which stands out “on my wall and in my heart every day.”

“When I first looked at the photo, straight away what jumped out is the joy on my mother’s face. The playfulness, cheekiness, even,” the duke said of the picture, taken of the two in Cape Town in 1997. “The pure delight to be in communion with another soul so committed to serving humanity.”

Looking at Mandela’s face in the photograph, Harry spoke of seeing a man who had “endured the very worst of humanity, vicious racism, and state-sponsored brutality” and lost 27 years with his family, and yet he was “still beaming” and “able to see the goodness in humanity.”

“In our own time, a time of global uncertainty and division, when it’s all too easy to look around and feel anger or despair, I’ve been inspired to go back to Mandela’s writings and for insight into how this could be,” the duke said. “How he could experience so much darkness, and always manage to find the light.”

Harry addressed the current international turmoil the world is experiencing both in this “painful year” and the last decade alone.

“We’re living through a pandemic that continues to ravage communities in every corner of the globe. Climate change wreaking havoc on our planet, with the most vulnerable suffering most of all,” he explained.

“The few, weaponizing lies and disinformation at the expense of the many. And from the horrific war in Ukraine, to the rolling back of constitutional rights here in the United States, we are witnessing a global assault on democracy and freedom ― the cause of Mandela’s life.”

At this moment, Harry posited that people have “a choice to make” regarding how to move forward and deal with the current crisis the world is facing.

“We can grow apathetic, succumb to anger, or yield to despair. Surrendering to the gravity of what we’re up against. Or we can do what Mandela did,” the duke said. “We can find meaning and purpose in the struggle. We can wear our principles as armor. Heed the advice Mandela once gave his son, ‘To never give up the battle, even in the darkest hour.’ And find hope where we have the courage to seek it.”

The duke also spoke of the inspiration and meaning he’s found while visiting countries in Africa.

“Since I first visited Africa, at 13 years old, I’ve always found hope on the continent. In fact, for most of my life, it has been my lifeline. A place where I found peace and healing time and time again. It’s where I felt closest to my mother and sought solace after she died, and where I knew I’d found a soulmate in my wife.”

Harry closed his speech by referencing another one of Mandela’s teachings that he finds meaningful, especially as a father to his two children: Archie and Lilibet.

“It’s been almost a decade now since Mandela’s long walk on this earth reached its end,” Harry said. “But what he taught us again and again is it was never his walk alone. It was all of ours. It is all of ours.”

“And what a beautiful gift, especially as a dad of two young children myself. The message that this world is meant to be shared. That the work of each generation is tied to those who came before, and those who will come after us,” he said. “That we have an obligation to give as much — if not more — than we take. And never shudder in the face of darkness, for hope is the fuel that courage requires.”

The Duke and Duchess of Sussex’s public appearance in New York is their first since attending the Trooping the Colour and Platinum Jubilee celebrations in the U.K. last month, on behalf of Queen Elizabeth’s 70 years on the throne.

The Sussexes brought Archie and Lilibet over for the festivities, where they also celebrated Lili’s first birthday.

Prince Charles Met Lilibet For The First Time And It Was ‘Emotional,’ Report Says

Camilla, Duchess Of Cornwall, Rings In Her 75th Birthday With Brand New Portraits