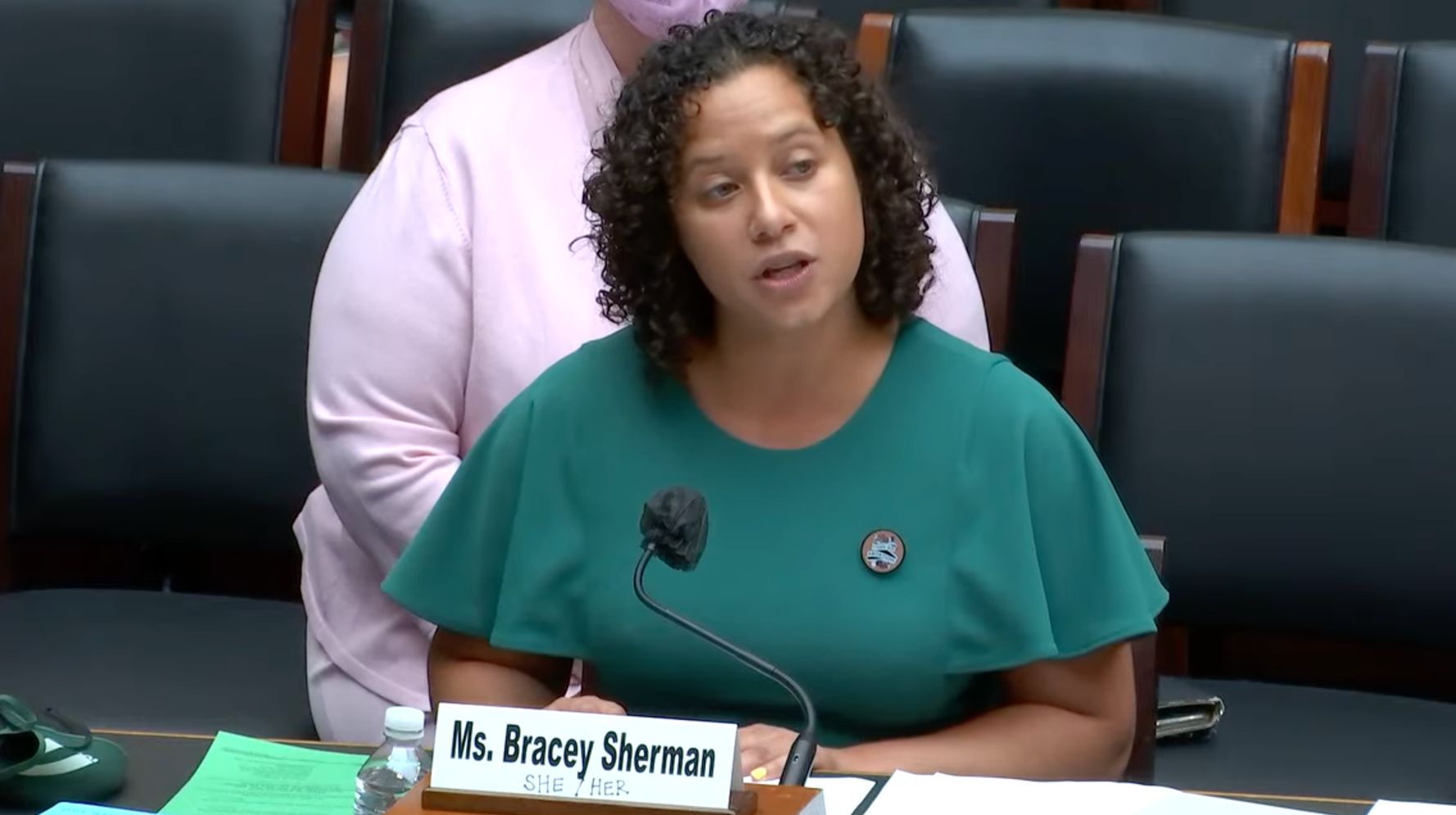 For the first time ever before Congress, an abortion rights advocate described how to self-manage the procedure using pills — giving a highly public platform to a method all the more vital now that the Supreme Court repealed Roe v. Wade.

Renee Bracey Sherman, the founder and executive director of abortion storytelling group We Testify, spoke during a House Energy and Commerce Oversight and Investigations panel hearing on Tuesday. The hearing included four other panelists, all of whom discussed the impacts of the Supreme Court’s recent decision to overturn the landmark ruling guaranteeing abortion rights nationwide.

During her testimony, Bracey Sherman discussed how she considered throwing herself down the stairs when she was 19 and pregnant. One night, she recalled, she drank “an unsafe amount of alcohol,” hoping it would cause a miscarriage.

“That was when it [abortion] was legal in every state. Now, it is not and I know some will try the methods that I did,” she said. “And I want them to know that there are safe methods to self-managing their abortions according to the World Health Organization.”

Medication abortion is a combination of two drugs — mifepristone and misoprostol — first approved by the FDA in 2000 for miscarriage and abortion care before the 10-week point. It’s commonly used in health care settings and is often the type of abortion people get when they go to an abortion clinic.

When used together, mifepristone and misoprostol are more than 95% effective and safer than Tylenol.

Bracey Sherman explained in plain terms how to take the medication.

First time ever, I believe, a witness has explained step-by-step how to self-manage an abortion with pills.

“Everyone loves someone who has abortions,” says @RBraceySherman after explaining how to self-manage your abortion. pic.twitter.com/a7qjzCELtj

Bracey Sherman wore green ― a color that has been used by advocates and lawmakers to show support for abortion rights since nearly two decades ago during the Argentinian reproductive rights movement.

“I share that to exercise my right to free speech because there are organizations and legislators who want to make what I just said a crime,” Bracey Sherman added. “Everyone loves someone who has abortions.”

These medications are highly regulated and hard to access now that the Supreme Court repealed Roe and at least a dozen states banned or restricted abortion. As fellow expert witness Dr. Jack Resneck, President of the American Medical Association, noted, “states that end legal abortion will not end abortion.” People will continue to seek out abortions, but will likely end up self-managing their care.

A self-managed abortion is defined as an abortion conducted outside of a traditional health care setting ― often when a person obtains abortion pills not from a physician and undergoes an abortion without medical assistance. As Bracey Sherman noted, people can obtain mifepristone or misoprostol outside of a physician-setting and undergo an abortion similar to the one done at clinics around the U.S. up until the 12-week point.

Despite the dozens of stories of people being criminalized for self-managing care, self-managing your own abortion is not illegal in the U.S. Only Nevada, South Carolina and Oklahoma have laws on the books criminalizing people for self-managing abortions, but legal experts caution that it’s unclear if those laws would even stand up in court if challenged today.

If you or anyone you know needs assistance self-managing a miscarriage or abortion, please call the Miscarriage + Abortion Hotline at (833) 246-2632 for confidential medical support or the Repro Legal Helpline at (844) 868-2812 for confidential legal information and advice.