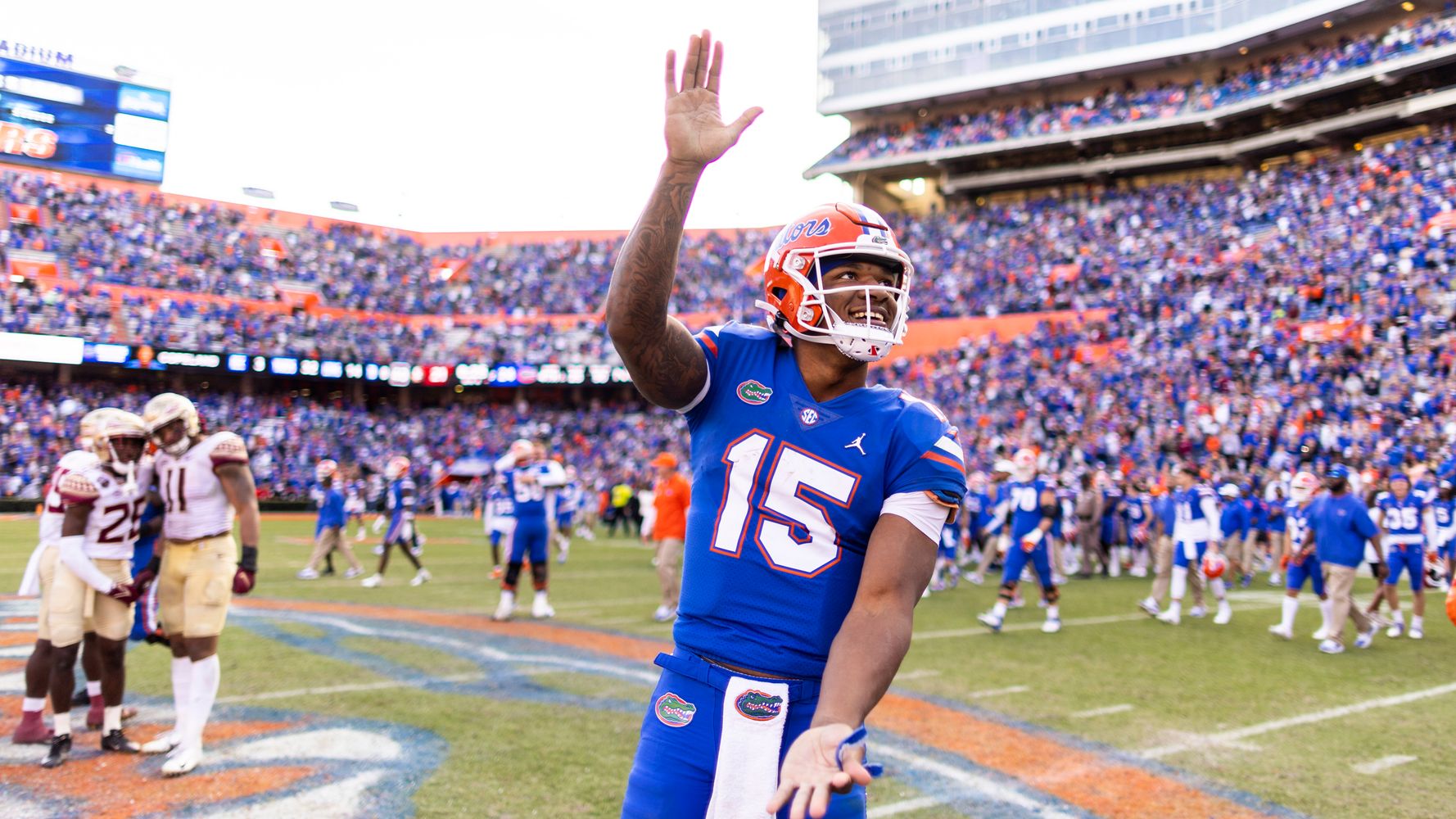 Florida Gators quarterback Anthony Richardson just called an audible on his nickname “AR-15” ― he’s dropping it for good because of its association to the weapon.

Richardson, an All-SEC Freshman Team pick last season who threw for 529 yards and six touchdowns and rushed for 401 yards and three touchdowns, explained Sunday that his former nickname was the union of his name and his uniform number. But his apparel line featured a scope graphic, which will be sacked in the rebranding, he wrote on Twitter.

“It is important that me and my brand are no longer associated with the assault rifle that has been used in mass shootings, which I do not condone in any way or form,” he said.

Richardson, who can profit off his name, image and likeness due to recent NCAA rule changes, made his move after semi-automatic weapons were used in the school mass shooting in Uvalde, Texas, and the supermarket massacre in Buffalo, New York.

He joins NFL quarterback Joe Burrow in speaking out against gun violence.

Airbnb Removes ‘Slave Cabin’ From Site, Apologizes After Getting Blasted In Viral TikTok
#LilDonald Suggests Rappers Getting Lawyers Before Managers
3-Year-Old Boy Shows Off Stunning Math And Literacy Skills On TikTok
Beyoncé’s ‘Renaissance’ Is Her Gayest Album Yet — And It’s Exactly What We Needed
Creating Lasting Community Partnerships In St. Louis With Mastercard