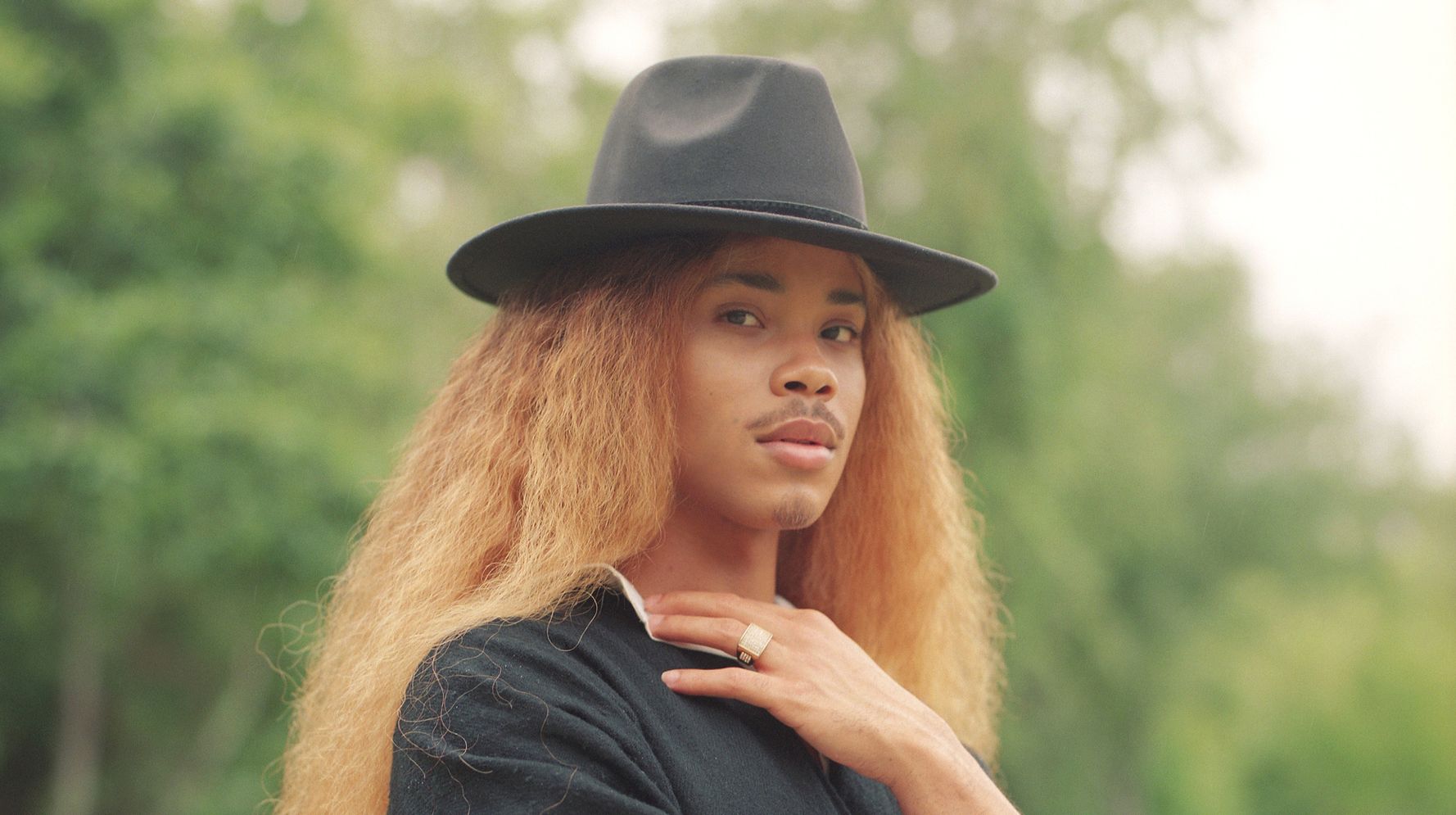 This profile is part of our Culture Shifters series, which highlights people who are changing the way we think about the world around us. Read about film archivist Maya Cade, internet star Keyon Elkins, rapper Latashá, filmmaker Alika Tengan, artist Kay Rufai and music historian Katelina Eccleston.

Actor Rhoyle Ivy King is playing a role he never thought he’d see in his lifetime for young Black queer characters on television.

He co-stars on “All American: Homecoming,” a spinoff to the CW series “All American,” which primarily chronicles student athletes at the fictional historically Black Bringston University in Atlanta. His character is Nathaniel Hardin, the pre-law baddie and “heels girl” who’s always there to support her friends and keep them in check.

In season one of the TV drama, some of Nathaniel’s storylines dealt with prejudices around her living in an all-female dorm and being the token recruit in a sorority to fill a quota. In other scenes, Nathaniel is the compassionate voice of reason who constantly lends an open ear and hand whenever her close friends are in need.

King landed the role of Nathaniel after his audition tape landed in front of “All American: Homecoming” creator and showrunner Nkechi Okoro Carroll. She watched one minute of the footage and immediately knew King was exactly who she wanted for the part. The writer and executive producer wanted to develop a character who lived unapologetically and to be able to have conversations around stigmas against the Black LGBTQ community, especially on college campuses.

“It’s a show about representation, Black excellence and our culture,” Carroll said. “We’re a show that’s about pushing people to embrace the best of themselves. I’m trying to push the envelope and get people to think outside of the box in terms of inclusivity and acceptance, so let’s have the conversation.”

Nathaniel originally had only eight lines in the pilot, but Carroll decided to expand the character to a series regular, who appears in 10 out of the show’s 13 episodes. King and Carroll had regular conversations about story arcs that would humanize Nathaniel, aiming to avoid having the character constantly downtrodden by trauma or struggle like most gay and queer characters on screen.

“Every time we give Rhoyle a scene, he brings so much life and fullness, so his character keeps growing,” Carroll said. “I want the actors and writers to feel ownership and good about the story. Rhoyle is just magic. His persona and being is a source of love, light and joy on the set.”

Christine Swanson, who directed two episodes in season one, said “Rhoyle is like a rock.”

“His presence always centers the other actors in a calming and supportive way,” she continued. “He’s a force of nature in a quiet way and so much fun to work with.”

Born in Fort Worth, Texas, King grew up in a house full of Black women relatives in Houston. The impressionable kid studied his aunts’ and grandmother’s styles and sisterhood closely; He said his and Nathaniel’s strength are directly derived from observing his elders.

“That’s who taught me how to walk, dress, talk and do everything,” King said. “It’s the No. 1 factor to my way of gender expression. They did everything together with so much grace and class.”

King’s mother, a nurse, studied at Prairie View A&M University, an HBCU located in Texas. He heard her speak often throughout his youth about how attending an HBCU set a standard for Black excellence, which helped him reimagine what life is like at an all-Black university.

“To just fly by was not enough,” King said. “She was enraptured by Black women that were going to push and challenge her. It helped her inform who she wanted to be as a mother and the excellence she was going to put into her job.”

When King was 9 years old, his mother remarried and relocated the family to Kansas City. Living in the Midwest was a complete culture shock to the young singer and dancer, but that’s when King developed the acting bug. He enrolled in a Shakespeare camp before he entered high school and quickly realized he had a passion for the arts.

After finishing high school, King knew he needed to relocate to the Big Apple to pursue his dreams. He studied musical theater at the American Musical and Dramatic Academy, quickly realizing how hard it was for Black queer actors to land roles. Whenever he went on auditions, casting directors for off-Broadway and Broadway productions told him to tone down his androgynous appearance.

“It was a lot of me being told I needed to change, be different, and who I was wouldn’t fly if I wanted to work in this business,” King said. “It was a lot of push and pull in that area of my life.”

After taking a gig singing on cruise ships, King landed roles in productions of “Rent” and “Fame.” He was cast in the background of the FX series “Pose” in 2019. His scene in the ballroom was cut, but that moment encouraged the patient thespian to become more confident in his own skin and wait for his breakthrough.

“You were just surrounded by so much beauty,” King said, about working on “Pose.” “I told myself I didn’t have to change, and that’s when I really became the person to fight against it. The industry was shifting, and the stories are being told that I relate to.”

“I fit in, and there’s a place in this world for me,” King continued. “I decided that if it takes me a bit longer, I’m just going to stay me.”

Ahead of landing his part on “All American: Homecoming,” King closely studied how “Pose” lead actor Michaela Jaé Rodriguez interacted with the cast on set in an effort to build good chemistry with the other actors.

A conversation he had with actor Nicco Annan, who plays the flamboyant, quick-witted Uncle Clifford on the Starz hit “P-Valley,” helped King realize how important his character is to younger audiences.

“He pulled me to the side and had this really beautiful conversation about the impact of what we’re doing here and how important this character is,” King said. “He was rooting for me, and there was so much love that I felt right in that moment. He’s so full of light and wise words.”

Along with acting, King is one of the models for Beyoncé’s clothing line, Ivy Park. He’s featured in social content for the brand’s Rodeo Collection and is hoping to someday turn the opportunity into partnerships with his favorite brands, Balmain and Balenciaga.

The multitalented entertainer hasn’t directly met the megastar yet, but takes pride in the fact that one of his images appeared in her Instagram stories.

“That was enough for me,” King said. “I flipped out. If I had a conversation with Beyoncé or even her mother, the world would know. It would probably be at the top of my resume.”

King is proud that his role as the outspoken, self-assured Nathaniel Hardin has earned him more recognition. “All American: Homecoming” has been renewed for a second season, and King hopes his role can open the door for more Black queer talent to work in front of and behind the camera.

“That same work has to get focused on the other side of the camera,” King said. “There needs to be more Black queer people in casting, as studio heads, at networks and writing to get the opportunity to tell those stories. So to actually be that now is healing for the child in me, but to know that I get to do that for so many other Black queer youth is really important.”

Rapper Latashá Is Creating A Space In Crypto For Indie Artists

Katelina Eccleston Is Giving Black Latinas In Reggaeton Their Flowers