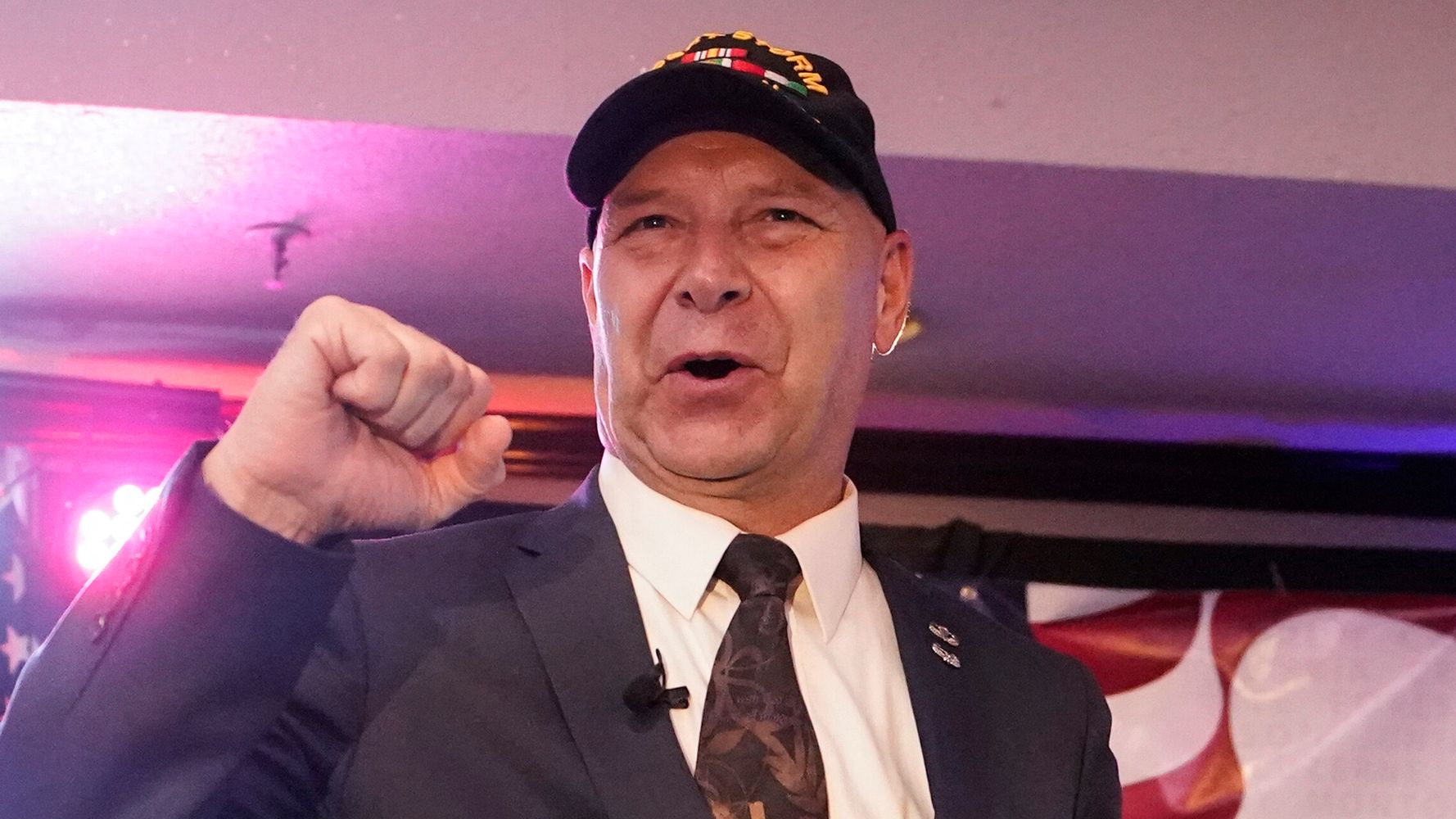 Mere hours after a white supremacist massacred 11 worshippers in a Pittsburgh synagogue in October 2018, Andrew Torba, CEO and founder of the social media site Gab, gloated about all the web traffic his platform was receiving.

“We have been getting 1 million hits an hour all day,” Torba wrote via Gab’s Twitter account. Gab had drawn national scrutiny immediately after the bloodshed in Pittsburgh because the killer, Robert Bowers, was a prolific and verified user of the site. He’d posted neo-Nazi propaganda and calls for violence against Jewish people, whom he called the “children of Satan.”

Bowers had often directed his ire at the Hebrew Immigrant Aid Society, a Jewish charity that helps refugees. He blamed it for trying to replace white people in America — an invocation of the “great replacement” conspiracy theory. “HIAS likes to bring invaders in that kill our people,” Bowers wrote on Gab two hours before he drove to the Tree of Life synagogue with an assault rifle and three handguns. “I can’t sit by and watch my people get slaughtered. Screw your optics, I’m going in.”

As the country reeled from the deadliest antisemitic attack in U.S. history, Torba claimed Gab had a “zero tolerance policy” for violence. He argued that Bowers was an anomaly. This was false: Torba had actively recruited America’s most notorious bigots and antisemites to join Gab, advertising it as a less censorious alternative to Twitter and turning the platform into a fascist free-for-all. Even as Torba denied that Gab condoned violence, its users were celebrating the 11 dead Jews in Pittsburgh.

In the years since, Gab has remained a haven for hate, and Torba himself has grown increasingly antisemitic and racist in his words and behavior. “We’re building a parallel Christian society because we are fed up and done with the Judeo-Bolshevik one,” he tweeted last year, using a term popularized by the Nazi Party in the 1930s. In February, Torba was a featured speaker at a white supremacist conference in Florida, where he used “great replacement” rhetoric. (Other speakers at the event praised Adolf Hitler and called for Dr. Anthony Fauci to be hanged.) More recently, after a white supremacist gunman targeted Black people at a grocery store in Buffalo, New York, killing 10, Torba implored his Gab followers to marry and reproduce with only white people.

In a healthy multiracial democracy, Torba would be politically radioactive. In the United States in 2022, though, he is a paid campaign consultant for the Republican nominee for governor of Pennsylvania.

The media watchdog nonprofit Media Matters recently noticed that the campaign to elect Doug Mastriano had paid Gab $5,000 on April 28 for “campaign consulting,” according to the latest campaign finance disclosures. (In a duplicate filing, the payment is listed as “advertising consulting.”)

Mastriano’s willingness to not only pay but publicly praise a racist and antisemite like Torba is alarming, considering he could win the governorship this November. The latest polls show Mastriano, a Pennsylvania state senator, narrowly trailing his Democratic opponent, state Attorney General Josh Shapiro. (As attorney general, Shapiro probed Gab’s role in the Tree of Life massacre and subpoenaed the site’s server, but later dropped the investigation without charges.)

HuffPost may have uncovered what Mastriano’s $5,000 is getting him: new followers on Gab.

A scroll through Mastriano’s recent followers on the site shows many of them to be anonymous accounts created this month. Moreover, an archived version of Mastriano’s page from early April, before his campaign paid Gab, shows him with only 2,300 followers. He now has nearly 37,000.

The Mastriano campaign did not respond to a request for comment, which is unsurprising, since the far-right candidate is refusing to engage with the mainstream press.

Torba did not respond to a question about Gab promoting Mastriano, but he said via email that Gab does not “comment on customer relationships.”

“What I will say is that Doug Mastriano will be a great governor for Pennsylvania,” wrote Torba, who lives in the state. “He’s going to thrash Josh Shapiro on Election Day and he has my wholehearted personal endorsement.”

Mastriano is one of a handful of far-right Republicans across the country who have embraced Gab as part of their campaigns. Mastriano has posted to the site 66 times since joining in February. In early May, just a few days after his campaign paid Gab, he sat down for an interview with Torba. “Thank God for what you’ve done,” Mastriano told the Gab CEO.

Ten days later, Gab officially endorsed Mastriano. “Finally we have a strong Christian man to lead PA out of the pit of hell and into the glory of God,” Torba wrote.

On May 17, Mastriano, who also had the endorsement of former President Donald Trump, won his party’s primary for Pennsylvania governor.

Like Torba, Mastriano is part of the anti-democratic Christian nationalist movement, which imagines America to be a nation exclusively created for Christians. The movement sees its political opponents as evil and Satanic.

Mastriano has promoted conspiracy theories related to QAnon, the COVID-19 pandemic and the 2020 election. He was a prominent figure in Trump’s effort to overturn the results of that election, and was subpoenaed by the House Jan. 6 committee over his attempts to send fake electors to Washington to deny a victory for President Joe Biden.

Mastriano was also near the steps of the U.S. Capitol on Jan. 6, 2021, as that day’s “Stop the Steal” rally exploded into a violent insurrection.

If elected as governor this November, he will have great power over the battleground state’s electoral process in 2024.

These Are The Races Where Democrats Are Rooting For Election Deniers

Christian Nationalism On The Rise In Some GOP Campaigns