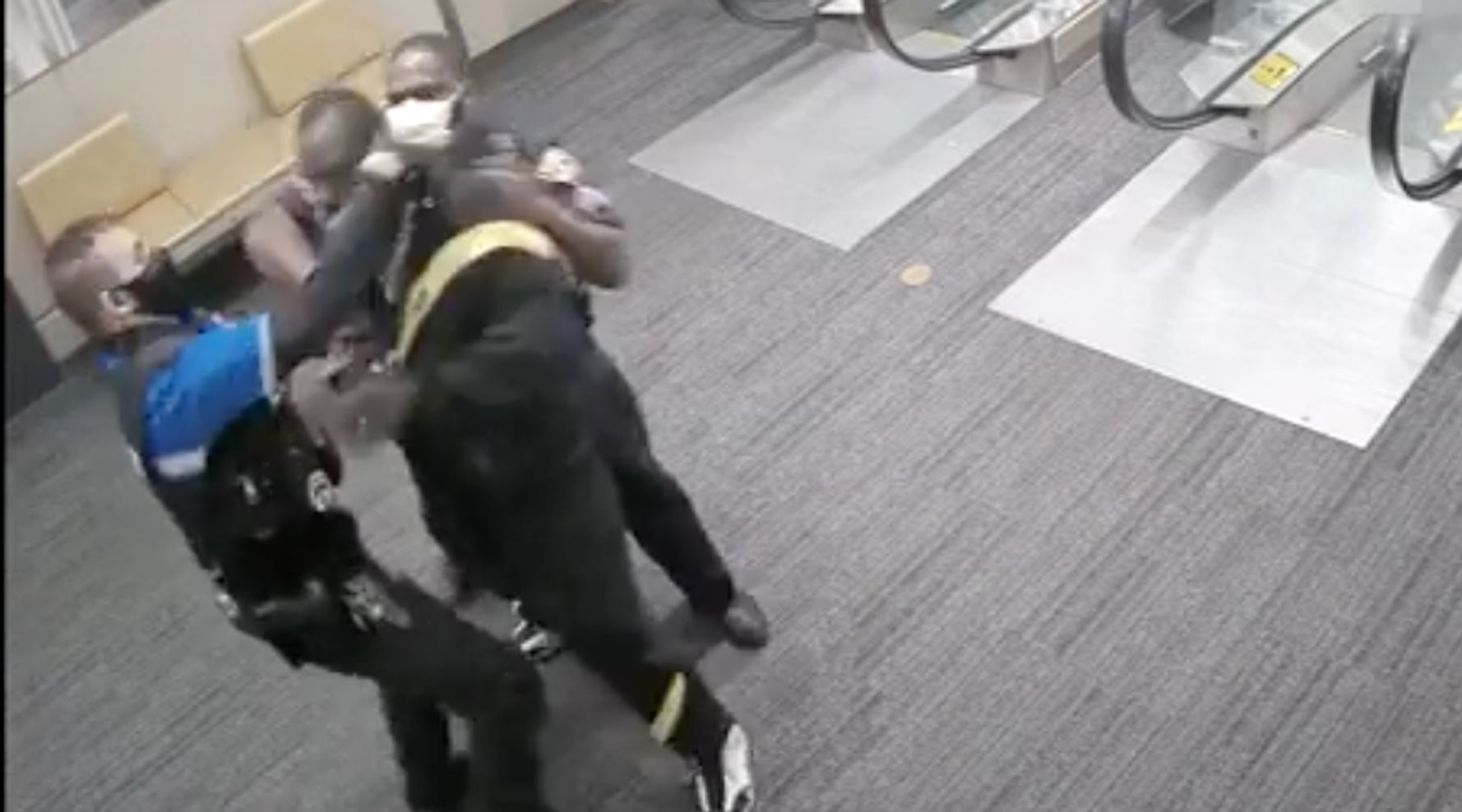 A kidney patient’s daughter is carrying on the fight for her father, who was beaten by a St. Louis hospital’s security guards when they mistook him for a car thief in the hospital parking garage, according to a lawsuit.

Hughie Robinson, 52, left Barnes-Jewish Hospital in April 2021 after four days of preparation for a kidney transplant when the hospital called to say he’d left his wallet behind.

Robinson, who was dealing with Stage 4 renal failure, had been “drugged” and left in a “weakened state” during his time at the hospital, the St. Louis Post-Dispatch reported.

He was still wearing his hospital wristband and had a parking garage ticket in his pocket after he retrieved his wallet from the hospital and was returning to his car, but then he couldn’t find his vehicle, according to the newspaper.

He wandered around the parking garage because he had actually parked in a different garage, the newspaper said.

His lawsuit says security officers at Barnes-Jewish Hospital ― including one officer “who had earlier been assigned to help” him find his car ― “forcefully” grabbed him, tackled him, beat him and jumped on him.

″[Robinson] cried out that the guards were hurting him,” the lawsuit says. “At least one of the guards responded, ‘Good.’ The guards then forced Hughie into a pair of handcuffs.”

The lawsuit says security guards detained him in a basement interrogation room, where they hit his head into a wall and told him to not return to the hospital property.

Robinson, who ended up not receiving a transplant, died of his illness less than a year after the incident, according to the St. Louis Post-Dispatch.

Chelsea Robinson is now representing her father, who in June 2021 had initiated the lawsuit accusing the hospital of assault, battery and false imprisonment.

In an interview with Newsweek, Chelsea Robinson said her father was “traumatized” by the guards but still had to return to the hospital for more treatments.

“I’ve always known him as the tough cookie, you know, he’s the man of the house,” she said.

“Of course he would push and keep moving on,” despite the trauma, she said. “But, you know, I’m his daughter— you know those things. You can tell when the person you care about the most is sad.”

She told Newsweek her father’s race could have played a role in the security guard’s actions. “He’s a Black male searching for his vehicle.”

“I don’t want to point fingers, I just want justification of the fact that they put their hands on my father and nothing happened. They got away with it.”

The Atlanta Black Star, which shared videos of the interaction between security guards and Robinson, reported that the hospital tried to have the videos “suppressed,” claiming patient privacy concerns.

A St. Louis Circuit Court judge had approved an order blocking the release of the video but later reversed it after Robinson’s attorney Rick Voytas argued that there were no “identifiable patients” in the video, the newspaper reported.

A hospital spokesperson told Newsweek and the Post-Dispatch that it doesn’t comment on current litigation.

HuffPost reached out to Robinson and the hospital for further comment.

911 Operator Faces Charges In 2020 Death For Not Sending Ambulance

Reminder: You Don’t Have To Watch The Brutal Video Showing Tyre Nichols’ Beating That Led To His Death
Life Outside Of The Classroom At Wilbur Wright College
Miss HBCU Teen Pageant Heightens Representation For Emerging HBCU Students
Elijah McClain’s Mother Slams Aurora PD After Rehiring Officer Who Threatened Him With A Dog Bite
Celebrate Black History Month With New Shows and More on Hulu