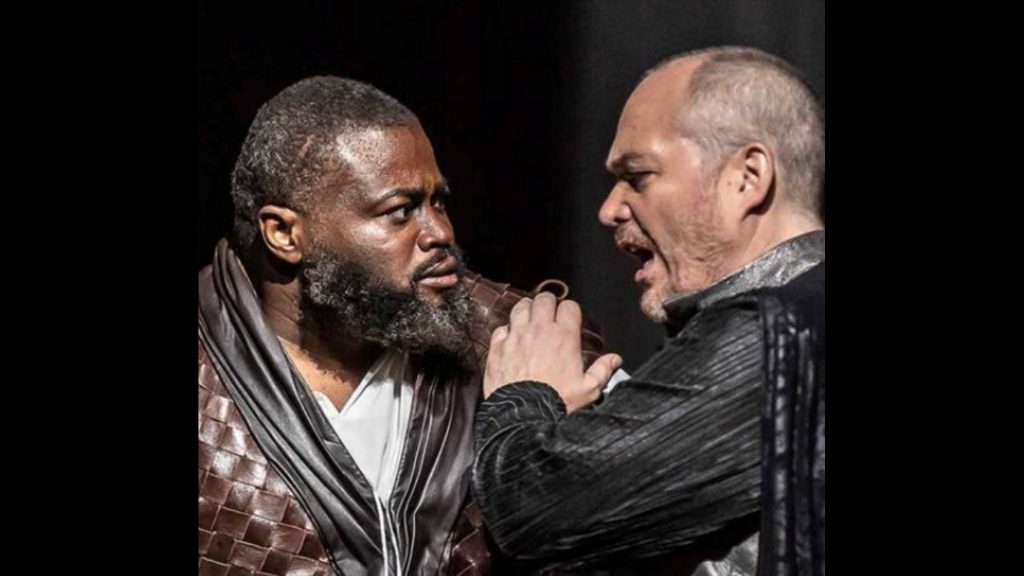 Verdi’s opera Otello has been performed 234 times at the Royal Opera House since 1891, but not once has a black man been cast in the lead role.

That changed this July when Russell Thomas, a virtuosic tenor from the US, took to the theatre’s stage in Covent Garden.

Opera bosses heralded the occasion as “a significant moment in our history”, but Thomas believes it is no cause for celebration.

“I think it’s quite sad to be honest.”

“How old is the Royal Opera House? I find it difficult to believe that in more than 100 years there has not been a black man that has sung this role. I find it generally that people like to celebrate these things but it is actually something they should be mostly embarrassed about — that it has taken this long.”

Thomas, 45, has performed as Otello 21 times in his extensive career, which has taken him to the world’s major opera houses. But this is the first time he has been asked to portray the tormented character in Britain.

The opera, by the Italian composer Giuseppe Verdi, is based on the Shakespeare play Othello, in which the title role is a Moor.

One of the most contentious issues around Otello is the historic use of make-up to darken the skin of white leads, a practice describe as blackface.

The practice still exists at some opera houses in Europe. The Russian soprano Anna Netrebko caused controversy this week when she posted photos of herself in character with darkened skin. She is playing the title role in Aida, which is set in Egypt, in a production of the opera in Verona.

Thomas agreed that classical music was not moving as fast as other industries, but said: “That is the nature of classical music; it’s about old things being recreated over and over and not necessarily new things.”

Oliver Mears, director of opera at the Royal Opera House, noted that Ira Aldridge became the first black Othello of the English stage in a theatre performance of the Shakespearean play at the venue in the 1840s.

He added: “Now, nearly 200 years on, we are delighted that Russell Thomas becomes the first black Otello to ever sing this, one of the most punishing of all tenor roles, at Covent Garden — a historic and overdue moment in our long story.”

#DaveChappelle Talks Not Having Support From Hip Hop Artists At One Point
Jurors Award Police Shooting Victim Landon Nobles’ Family $67M
Reminder: You Don’t Have To Watch The Brutal Video Showing Tyre Nichols’ Beating That Led To His Death
Before The Tyre Nichols Bodycam Footage Was Released, I Shared This Video. It Exploded.
When The Criminal Legal System Doesn’t Believe ‘Imperfect Victims’