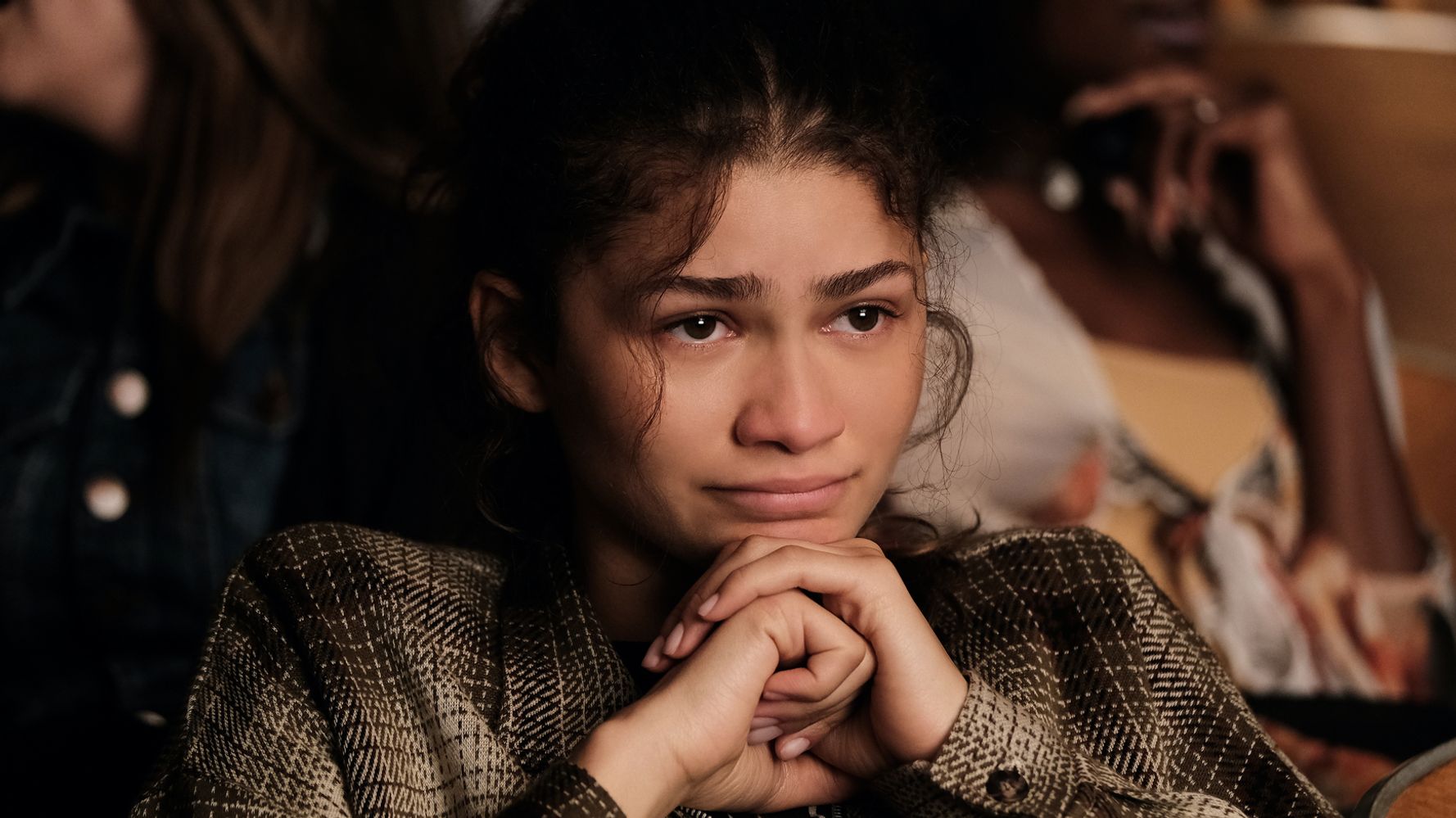 Zendaya won her first Emmy over Zoom, but it looks like she may take center stage in person at the awards show come September.

The “Euphoria” star received four nominations Tuesday for her work on HBO’s critically acclaimed series ― and made Emmys history in the process.

The 25-year-old was once again honored with an Outstanding Lead Actress in a Drama Series nod for her gripping portrayal as troubled high schooler Rue Bennett, making her the youngest ever two-time acting nominee in the category.

But Zendaya wasn’t done breaking records just yet. She also serves as an executive producer on “Euphoria,” which earned a nomination for Outstanding Drama Series.

The honor makes the former Disney Channel star the youngest woman ever to receive an Emmy nomination for producing.

Zendaya landed another two nominations for her musical talents, as she’s credited for writing the lyrics to two tracks featured in the show ― “Elliot’s Song” from the episode “All My Life, My Heart Has Yearned for a Thing I Cannot Name,” and “I’m Tired” from the episode “You Who Cannot See, Think of Those Who Can.”

The “Dune” star is no stranger to making history at the awards show, after becoming the youngest winner ever in the Outstanding Lead Actress in a Drama Series category and only the second Black woman to take home the trophy, following Viola Davis (“How To Get Away with Murder”).

And whenever the highly anticipated third season of “Euphoria” rolls around, the multi-hyphenate entertainer just might add “director” to her credits.

Zendaya recently said she will “probably” helm an episode of the series in the future, after almost directing this season’s sixth installment, “A Thousand Little Trees of Blood.”

“It’s funny. I was actually supposed to direct episode 6, but then I had to act in it,” she told Vogue Italia in a recent interview. “I didn’t have enough time, so unfortunately, I wasn’t able to this time around. I wanted to have enough time to do it the right way. So, next season probably.”

The star is in good company with her fellow “Euphoria” cast member Sydney Sweeney, who landed nominations for Outstanding Supporting Actress in both the Drama and Limited Series categories for her performances in “Euphoria” and “The White Lotus.”

“Euphoria” is one of the most heavily honored series in this year’s Emmys, with 16 total nods ― trailing only behind “Hacks,” “Only Murders in the Building,” “The White Lotus,” “Ted Lasso” and “Succession,” the last of which led the pack with 25.

Maxine Waters Hilariously Shuts Down GOP Rep. By Focusing On Trump’s Love Of Dictators
D.C. Vigilante Who Killed 13-Year-Old Karon Blake Has Been Charged With Second-Degree Murder
Y’all Got Beyoncé Money? She Has Officially Announced The ‘Renaissance’ Tour
The White House on Tyre Nichols
Doja Cat On Why She Likes Arguing With Trolls Online: ‘I’m A Messy B***h’