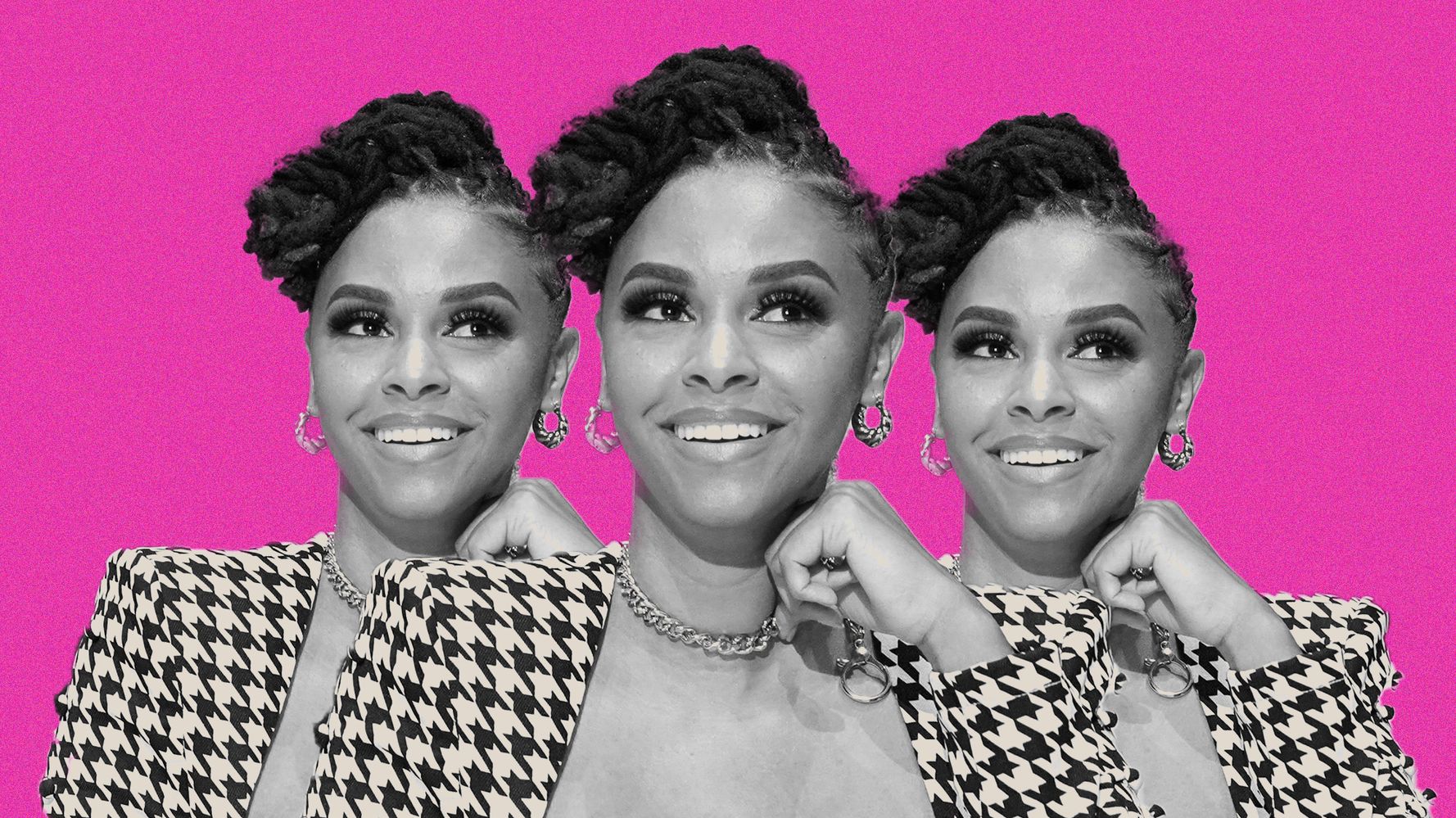 I Run This is a weekly interview series that highlights Black women and femmes who do dope shit in entertainment and culture while creating visibility, access and empowerment for those who look like them. Read my Kesha Lee interview here.

Syreeta Singleton knows she can have anything she wants and is willing to work for. That’s her life’s motto. It’s also the driving force that took her from being Prentice Penny’s assistant during the first season of “Insecure” to joining the show’s writers room to becoming a showrunner for Issa Rae’s “Rap Sh!t.”

“Rap Sh!t” follows Shawna and Mia, best friends from high school who have reconnected as adults to start a rap group. Based in Miami, the duo are the perfect balance of fun, driven, loud and a little hood. The eight-episode first season, which premieres July 21 on HBO Max, features original music from Miami artists and producers. Its music also samples songs from Khia and Trina, artists who have captured that iconic Miami hip-hop sound. Rae’s audio company Raedio handled music supervision for the show.

More than anything, though, this story is about friendship, Singleton said.

“I’m really just excited for [audiences] to see this female friendship. I feel as basic as it is, I don’t think there’s a lot of it on TV. I’m excited for them to just see these two very different women,” she said. “I really hope that they see themselves in Shawna and/or Mia. I’m excited for them to experience the music of the show and to take another look at even some of the social media interactions that we have on the show.”

It was always in Singleton’s dreams to become a showrunner, but she was surprised when Rae asked her to head up “Rap Sh!t.” Though she’d always been a hard worker, she didn’t expect it to happen so soon. She recalls a conversation she had with script coordinator Jen Regan during the first two seasons of “Insecure.” Singleton, who has also written for Showtime’s “Black Monday,” compared herself to others in the writers room who went to Harvard or wrote on “Saturday Night Live.” She believed she needed to make her jokes and pitches more like theirs.

Though she hadn’t confided with Regan about that, one day Regan told Singleton: “You’re perfect for this show. You know this world better than anybody here. This show is in your city. It is about Black women who are your age. This is a voice that other people are trying to write. This is who you are. It’s going to be natural for you.”

In this pivotal moment, Singleton said, a light bulb went on for her.

That’s what makes her perfect to run “Rap Sh!t.” Singleton used that to tap into the voice and culture of Miami for the show, which is co-executive produced by the rap group City Girls. Rae and Singleton wanted to make the show as authentic as possible. That meant less time on the beach and more time covering Miami from a local perspective, taking notes from the people originally from there. Singleton is proud of that.

Shawna, played by Aida Osman (a writer on the show), is a passionate hip-hop nerd who we meet at a somewhat stalled place in life. She’s been rapping since she was at Spelman College, but a failed record deal has stunted her growth. You can consider her a conscious artist, as she feels a responsibility to address social issues in her music.

“Rap Sh!t” writers drew inspiration from artists like Missy Elliott, Tierra Whack, Noname and Rapsody when creating Shawna’s character. She’s frustrated that it feels like no one cares about what she’s talking about, and that one of her videos didn’t earn her more success despite going viral. She starts to believe there’s a cookie-cutter formula that determines which women in rap win big, and she doesn’t match it.

On the other hand, Mia is the definition of a hustler. She’s sexy, fun, mostly confident and entirely sure of who she is. Played by Jacksonville, Florida, native and rapper KaMillion, Mia is going to do what she needs to do to make sure her daughter is good, by any means necessary. She’s a makeup artist and sex worker who’s been so focused on her grind as a single mom that she’s forgotten what it’s like to aspire to something bigger.

When it comes down to it, Shawna and Mia are regular Black girls from Dade County who want better out of their current situations.

“They both kind of need each other without really realizing it,” Singleton explained. “Shawna needs to chill the fuck out and take a different perspective and a different approach, which she’s able to loosen up with around Mia. Mia also needs to allow herself to dream. That’s something that she gets from Shawna.”

When Singleton got the call from Rae, the South Central L.A. native thought Rae was just letting her know the series was in the works.

“I was like, ‘Oh, girl, congratulations. Let know if you need me, girl. This is my type of shit,’” she remembers telling Rae. Singleton didn’t expect Rae would need her to run the show, though. “At the time, I was a story editor on ‘Insecure,’ so I’m a lower-level writer on staff and just running a room is like … I mean, it’s something that people aspire to. It’s something that some people don’t get to.”

She recalled the truth about how Black women’s careers often get stalled in Hollywood, and the lack of representation in higher roles in TV. In 2017, Color of Change’s “Race in the Writers’ Room” report showed that 91% of showrunners were white, while only 5.1% were Black. And though more Black showrunners have made their way since — Quinta Brunson of “Abbott Elementary,” Tracy Oliver of “Harlem” and Mike Gauyo of “Send Help,” to name a few — the numbers are still far from equitable. Singleton was convinced she had more hills to climb.

“To hear that she would even consider that I could handle that responsibility was like … I didn’t believe it about myself at the time,” said Singleton, who signed an overall deal with HBO and HBO Max last year. “For a second, almost, I felt like I was talking myself out of it. I was just like, ‘She’s definitely going to change her mind.’ If she wasn’t going to do so on her own, her team is going to tell her it’s a bad idea. Somebody’s going to tell her this is a bad idea.”

Spoiler alert: That didn’t happen. Early on, they explored bringing in a co-showrunner for Singleton to lean on. That didn’t happen, either. As she met with more people around the show, she realized she was more than capable of leading the crew on her own.

“I was realizing, I think I got this. I understand the world that we’re trying to build. I know Issa. We’ve worked together long enough. I understand what she likes. We have kind of similar tastes. I know this world and I’m passionate about this music and about women, about these different types of women that we’re writing about,” she said. “I didn’t want to add the extra layer of having to question. It’s just like, I think I got this.”

She’s proud of the many Black women who led this first season, including writers, producers, actors and executives.

“It was like us women got to come together and make this show that didn’t have any men telling us what to do,” she said. “There’s so many women behind the show, making the show ― young Black women. We get to do this, and we get to do it our way. I think that is really exciting and liberating.”

Though Season 1 has yet to premiere, Singleton is already leading conversations about what Season 2 could look like. The team is excited to explore where they can take the show, and Singleton says she’s more confident now about honoring her voice.

“Fear is just such an inhibitor. It holds you back from greatness, for real. At this point, I’m like, I just want to be great,” she said. “I want to be great at the things that I do, the stories that I tell, the shit that I make. I know I’m going to make mistakes. I know it’s not going to be perfect, and that’s fine. But I can’t live and create from a place of fear.”

We Built This: Danielle Brooks Is The Representation We Need

Music Engineer Kesha Lee Is Ready To Free Her Voice