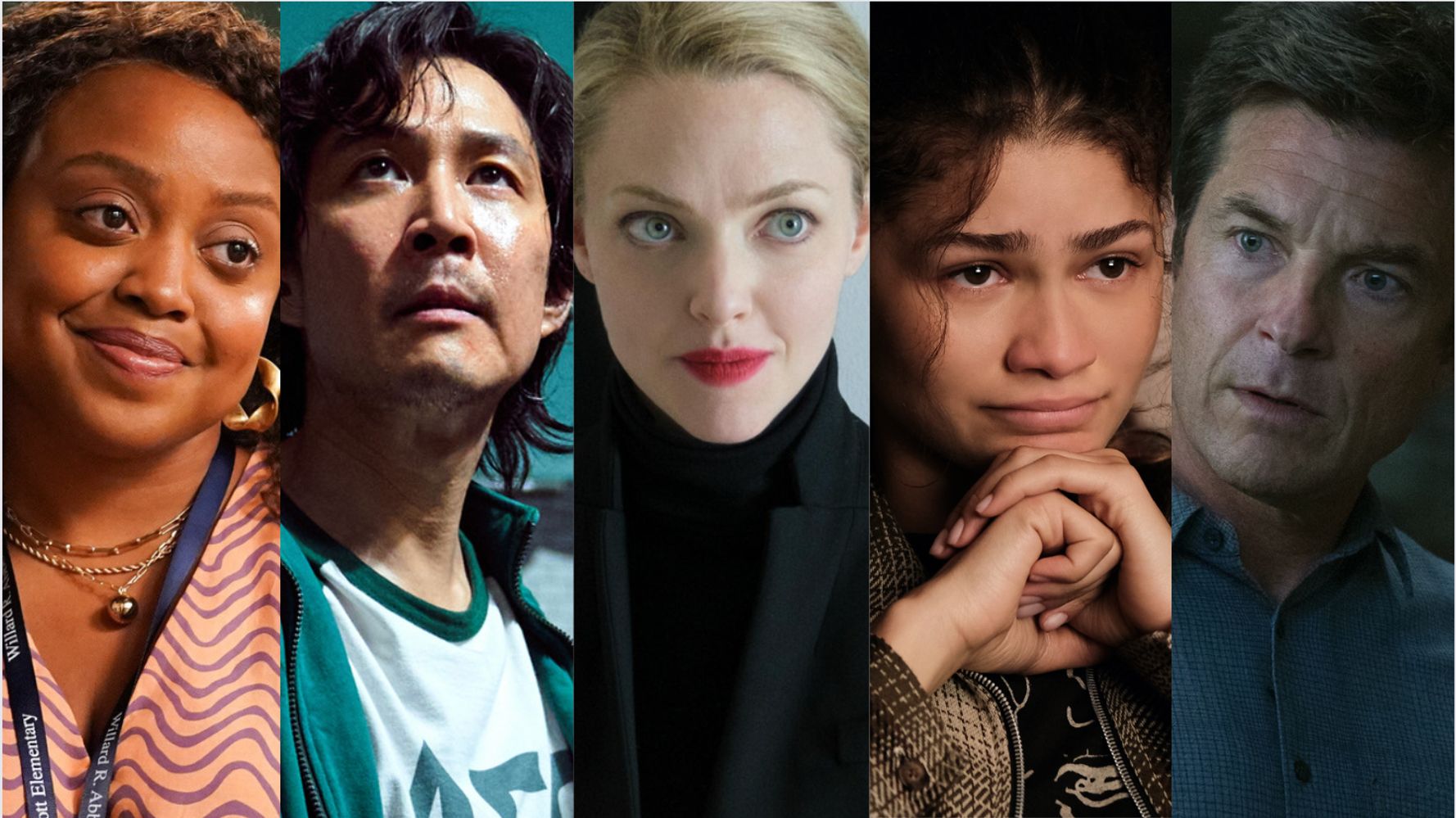 If “Squid Game” taught us anything, it’s that there can only be one winner.

So also goes the rules for the Emmy Awards, which have the challenge of narrowing down television’s best in a particularly exceptional year, when series like “Succession,” “Abbott Elementary,” “Euphoria,” “Ted Lasso,” “The Dropout” and Netflix’s South Korean dystopian thriller all competed for our attention.

With the number of shows in contention rebounding to new highs following pandemic-induced production shutdowns, the Television Academy must winnow the cream from an overcrowded 2022 crop when the nominations are unveiled Tuesday morning.

The virtual ceremony will be presented by Melissa Fumero (“Brooklyn Nine-Nine”) and JB Smoove (“Curb Your Enthusiasm”), alongside Frank Scherma, the Television Academy chair and CEO.

With last year’s Best Drama Series victor “The Crown,” which also was honored in the writing, directing and acting fields, bowing out of the 2022 race due to eligibility, the drama categories are anyone’s game. Freshmen series, including Apple TV+’s sci-fi workplace thriller “Severance,” Showtime’s survival drama “Yellowjackets” and “Squid Game,” which may make history as the only non-English language drama series to ever score a nod, all could earn their first Emmys nominations.

But after sweeping the pandemic-impacted 2020 awards show, HBO’s “Succession” is the one to beat, with fellow awards seasons darlings like “Ozark,” “Stranger Things,” “Better Call Saul” and network TV’s sole drama contender “This Is Us” favored to round out the category.

The NBC tearjearker is among a handful of departing series aiming for one last shot at Emmys glory, along with “Ozark,” “Better Things,” “Insecure” and “Black-ish.”

As for comedies, it’s a question of just how much you believe in Apple TV+’s relentlessly optimistic “Ted Lasso.” The Jason Sudeikis-starring series nearly swept last year’s comedy categories, except for a Best Actress win for Jean Smart, whose performance in HBO Max’s “Hacks” will almost certainly be recognized again. Two-time past winner Bill Hader of “Barry” could stand in the way of a repeat trophy for Sudeikis, who will also face stiff competition from “Only Murders in the Building” stars Steve Martin and Martin Short.

Meanwhile, Quinta Brunson’s breakout “Abbott Elementary” might just save the broadcast sitcom from near oblivion at the awards show, should voters choose to honor the ABC series over returning stalwarts “Atlanta,” “Curb Your Enthusiasm” and past Best Comedy Series winner “The Marvelous Mrs. Maisel.”

But there’s no field more competitive that the overstuffed Limited Series races.

Odds are that the Television Academy will choose from a string of fictionalized true-crime stories with A-list casts to honor this year, including “Dopesick,” “The Dropout,” “Under the Banner of Heaven,” “WeCrashed” “The Staircase” and “Inventing Anna.” Except, of course, if HBO Max’s social satire “White Lotus” can sustain the buzz from its summer debut and bring actors like Jennifer Coolidge, Connie Britton and Murray Bartlett some Emmys attention.

After Cedric the Entertainer helmed last year’s ceremony, held in person with a limited and vaccinated audience, the Emmys have yet to announce a host for this year’s festivities. Chris Rock and Dwayne Johnson, however, were both reportedly offered the gig, as producers are aiming to recruit A-list talent to emcee the show.

Check out the full list of nominations below once they’re announced at 11:30 a.m.

How Much True Crime TV Is Too Much?

Bryan Cranston Has A New Look And Twitter Is Loving It

These Are The Best Amazon Prime Day Deals In Every Category

The Best Under-$30 Deals To Snag On Amazon Prime Day