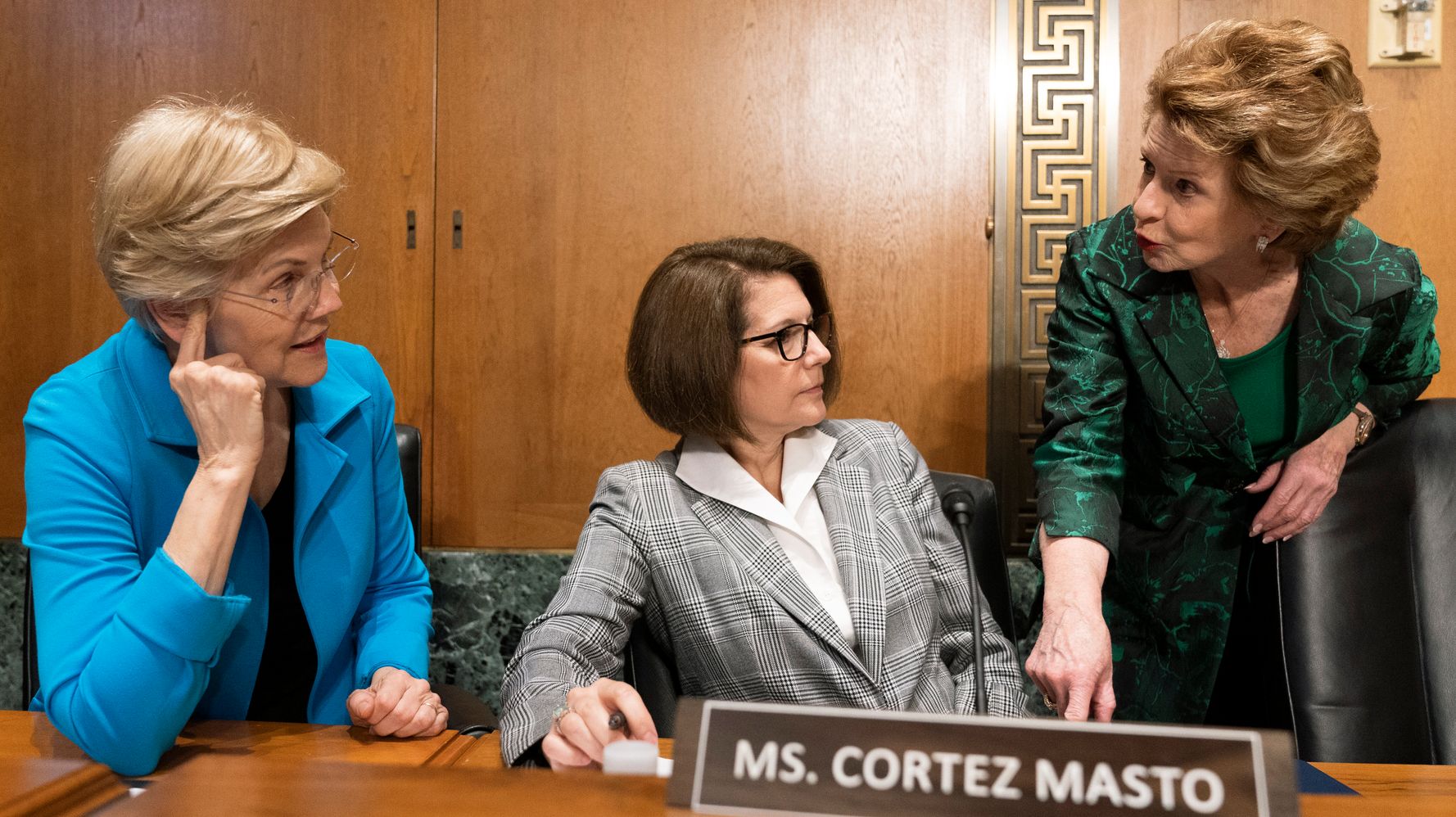 Last week, House Speaker Nancy Pelosi (D-Calif.) announced that Democrats in the lower chamber will soon vote on similar legislation, aimed at “addressing the GOP’s disturbing threats to restrict Americans’ freedom to travel — reaffirming the Constitutional right to seek care freely and voluntarily throughout the country.”

The Senate legislation underscores the constitutional protections found in the 14th Amendment for patients traveling across state lines for abortion care and the physicians who provide that care in pro-choice states. The Freedom to Travel for Health Care Act also empowers the U.S. attorney general and impacted individuals to bring civil suits against anyone who attempts to restrict a person’s right to cross state lines to receive reproductive health care services.

“I know, after being home and talking with our health care providers, some of the laws in other states are having a chilling effect even in my state,” Cortez Masto told HuffPost. “So, it is critical that not only are we protecting women and giving them the right to travel for critical reproductive health care to states like Nevada, we’re also protecting providers as well as those large companies and employers who want to assist women to receive this reproductive care.”

The bill defines reproductive services as “medical, surgical, counseling, or referral services related to pregnancy, the termination of a pregnancy, contraception services, and other reproductive care.” It also specifies that the District of Columbia, Puerto Rico and “each territory and possession of the United States” is defined as a “state” under the proposed legislation.

Read the Freedom to Travel for Health Care Act in full. Story continues below.

The House bill, sponsored by Rep. Lizzie Fletcher (D-Texas), is expected to be passed by the House on Friday, Fletcher told HuffPost.

Like Cortez Masto’s bill, Fletcher’s bill would create a right to sue people in federal district court if, acting under state law, they restricted or impeded abortion providers or their assistants from providing care to out-of-state residents. It would also allow lawsuits against people who restricted or impeded the ability to travel across state lines for obtaining an abortion in a state where it’s legal.

Additionally, Fletcher’s bill would prohibit restricting the movement in interstate commerce of drugs that would terminate a pregnancy.

“Not only does Congress have the authority to do this under the right to regulate commerce for interstate travel, but it’s within our powers as just enumerated in the Dobbs decision that this is left to the elected representatives,” Fletcher said.

Since Roe fell, over a dozen states have already banned or severely restricted abortion, and more are likely to follow suit in the coming weeks — forcing many people to travel across state lines to seek abortion care.

“As I see it, some of the other abortion-related legal questions raised by today’s decision are not especially difficult as a constitutional matter,” Justice Brett Kavanaugh wrote in the recent Dobbs decision overturning Roe. “For example, may a state bar a resident of that state from traveling to another state to obtain an abortion? In my view, the answer is no, based on the constitutional right to interstate travel.”

But Kavanaugh’s opinion on the constitutionality of an interstate travel abortion ban hasn’t deterred some anti-abortion politicians from pursuing that route. Republicans and many heavyweight anti-abortion groups have already proposed legislation to restrict patients from crossing state lines for abortion services.

South Dakota Gov. Kristi Noem (R), who recently banned abortion in nearly all cases in her state, said there “will be a debate” about how to handle future cases of people traveling out of South Dakota to get abortions. And state lawmakers have already started trying to restrict interstate travel in places like Missouri and Texas.

Earlier this year, Missouri state Rep. Mary Elizabeth Coleman introduced an amendment to several bills that would allow private citizens to sue anyone who “aids or abets” a resident traveling to get an abortion outside of Missouri. The bill is “an attempt to ensure that the pro-life protections that are in place in Missouri are provided to all Missouri residents and we’re able to save lives,” Coleman told HuffPost at the time.

More recently, a group of anti-abortion Texas Republicans have preemptively gone after a Dallas law firm that promised employees it would reimburse costs for traveling out of state for abortion care. The lawmakers argued that the employer violates a 1925 abortion ban that was enacted after Roe fell. The anti-choice Republicans also described their plans to introduce a bill in the 2023 legislative session that would make it illegal for any Texas employer to pay for an elective abortion or travel expenses and allow private citizens to sue anyone suspected of paying for an abortion.

“Women must remain free to travel safely to another state to seek care they need, and my administration will defend that bedrock right,” President Joe Biden said just hours after the Supreme Court overturned Roe. “If any state or local official — high or low — tries to interfere with a woman exercising her basic right to travel, I will do everything in my power to fight that deeply un-American attack.”

Murray agreed, telling HuffPost that Republicans “want to hold women captive in their own states by punishing them for exercising their constitutional right to travel within our country to get the care they need.”

“Restricting women’s right to travel across state lines is truly radical — and un-American,” Murray said. “Our bill would protect Americans’ constitutional right to travel across state lines to get a lawful abortion — and protect the providers who care for them. Even as Republicans go to the ends of the Earth to strip away our constitutional rights, Democrats are fighting back to protect them.”

Abortion’s Becoming A Hot Corporate Benefit. Here’s What You Need To Know To Use It.

One Of Texas’ Biggest Abortion Providers To Relocate To New Mexico

Without Roe, Does The GOP Back Forcing Children To Bear Children?