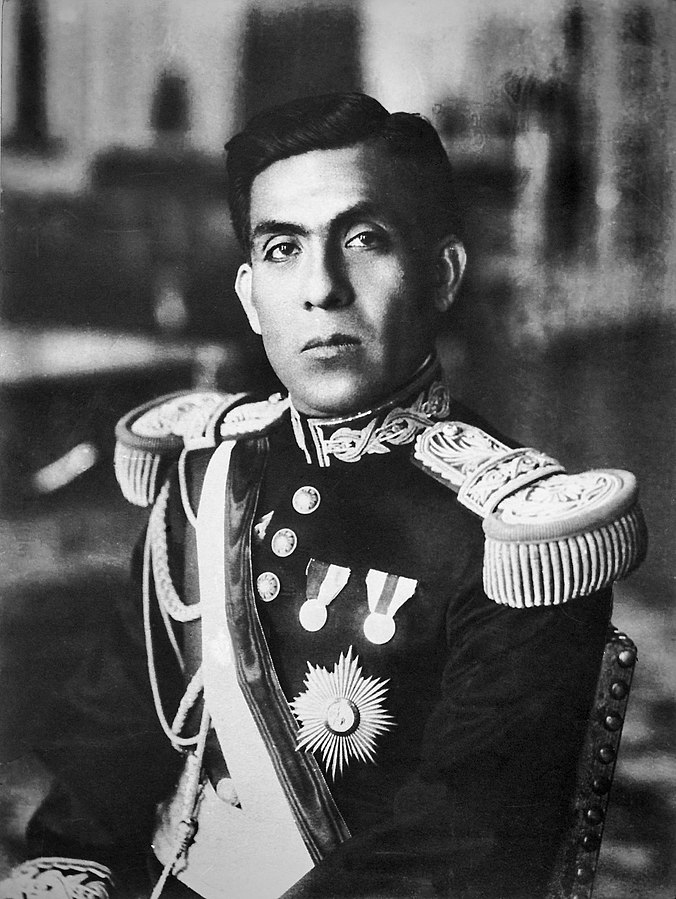 Luis Miguel Sánchez Cerro was an Afro-Peruvian army officer who served as the 41st President of Peru from 1931 to 1933. Sánchez was the person of Afro-Peruvian descent to become the nation’s president. Born on August 12, 1889, to Antonio Sánchez and Rosa Cerro, he had both indigenous Peruvian ancestry Malagasy ancestry. His Malagasy ancestors were enslaved Black people from Madagascar who were brought to Piura, Peru during the Spanish colonial period. Sánchez entered the Army Officers School at a young age and in 1914, he participated in the military coup led by Oscar R. Benavides against President Guillermo Billinghurst. During the coup, he was wounded five times and lost three fingers on his left hand as he seized the spitting muzzle of a machine gun with his bare hands.

In 1921, Sánchez was shot and injured during an unsuccessful attempt to overthrow President Augusto Bernardo Leguia. As a result of this coup attempt, he was exiled to Morocco where he served with the Spanish Foreign Legion. He eventually served with the Royal Army of Italy in 1925 and took military studies in France in 1926.

In 1930, 40-year-old Sánchez Cerro was back in Peru and was selected as President on March 27 of the Military Government of the Junta of Peru. With that selection by the Junta, he effectively became President of the nation. In 1931, he resigned as President of the Junta and when in October of that year it allowed a national Presidential election, Sánchez ran as the candidate of the Revolutionary Union Party, the political party he founded. He won the election with a 19,745-vote majority, becoming the first person of African descent to be elected President of Peru.

In March 1932, Sánchez survived an assassination attempt by Jose Melgar as he was leaving a church in Lima. Melgar attempted to shoot the President in the chest but missed. Presidential bodyguards arrested Melgar who was tried and originally sentenced to death but his sentence was later reduced to 25 years of imprisonment by President Sánchez.

In June 1932, Sánchez faced a revolt that began in Huaraz, Peru. As a result, he closed both the National College and the National University since they were both centers of opposition to his presidency. Three months later in September 1932, Sánchez declared war on neighboring Colombia in what would be called the Leticia War. The war, which resulted from a dispute between Peru and Colombia over territory both nations claimed in the Amazon rainforest, continued until May 1933. On April 30, 1933, three weeks before the Leticia War ended, Sánchez was assassinated by Abelardo de Mendoza, a political rival. While reviewing 20,000 young recruits for the war with Colombia at the Santa Beatriz racetrack in Lima, Mendoza shot the President through the heart. He was 43 at the time of his death.