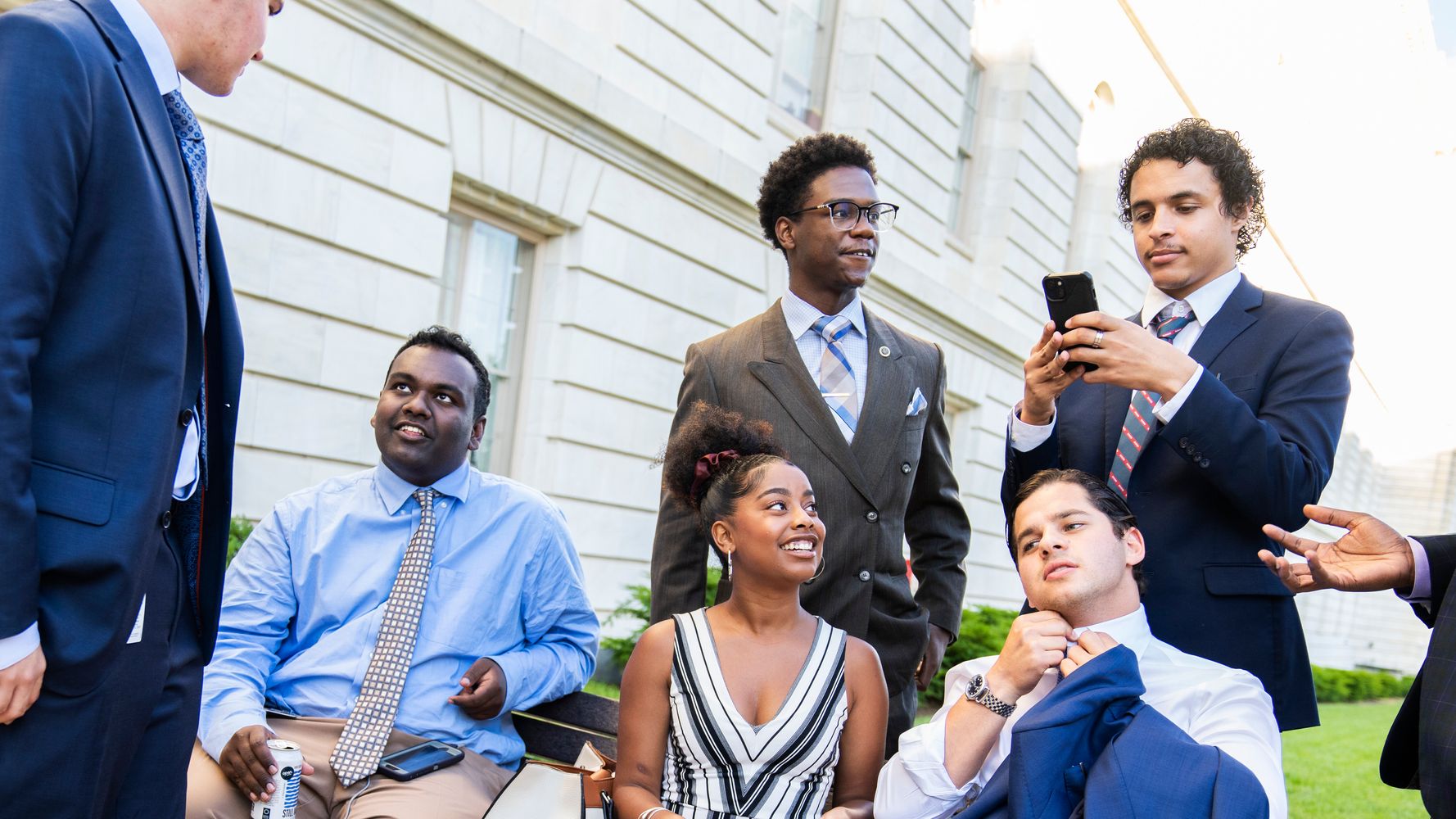 The newest crop of fresh-faced, eager interns has arrived on Capitol Hill for the summer, and they’re largely from rich households and selective schools.

In a new survey of 487 Hill interns, almost half, 46.7%, are attending a private college or university, which is about twice the rate seen in the overall student population. And 23.4% grew up in a household with an annual income of $200,000 or more.

“If you care about a functioning Congress, you should care about who serves as congressional interns,” said Anne Meeker, the director of strategic initiatives at the PopVox Foundation, a good government group.

“Today’s interns are tomorrow’s staffers. Policy gets shaped by who is in the room, including both [congressional] members and staff; and almost universally, the path to becoming a staff member starts with an internship,” Meeker said.

For perspective, annual tuition at public colleges averaged about $9,600 in the 2021-2022 academic year, while at private schools it was about $33,200, according to EducationData.org.

There are some caveats to the survey, whose participants attended a two-day nonpartisan intern orientation in June sponsored by PopVox and a coalition of similar groups called the First Branch Intern Project. But it also provides another data point in the long-running debate over access to white-collar internships and thus other career opportunities.

Some social scholars believe internships are part of what they call “opportunity hoarding,” in which rich and upper-middle-class parents find ways to confer advantages to their children unavailable to others. It can take the form of formal advantages, like paid or unpaid internships or membership in fraternities or sororities, or informal ones, such as simply introducing their kids to their network of friends and co-workers.

The PopVox poll is the third since the fall of 2021. The data does have some limitations in terms of who responded — two-thirds of the respondents in the latest survey were serving in a Democratic office, the group said, and 81% were working in House offices instead of in the Senate.

But the findings align with previous research by Pay Our Interns, a group founded in 2016 by two former unpaid interns. Using 2019 congressional payroll data, that group found that almost 50% of paid Hill interns had attended or were attending a private college.

PopVox’s Meeker said the newest survey was encouraging in terms of racial diversity but less so in socioeconomic terms.

“It also shows where there is still a lot of room for improvement on reaching interns from all backgrounds to help them get that foot in the door — particularly students from middle- and working-class backgrounds,” she said.

“Policy gets shaped by who is in the room, including both [congressional] members and staff; and almost universally, the path to becoming a staff member starts with an internship.”

The PopVox survey found that 45.9% of interns responding were white, down slightly from 50% reported in the spring survey. Nineteen percent were Black, 9.9% Asian or Asian American, and 7.1% Hispanic or Latino.

Those figures actually reflected more diversity than did the Pay Our Interns study, which found that 76% of all interns from April to September 2019 were white while only 6.7% were Black, 7.9% Latino and 7.9% Asian/Pacific Islander.

About 65% of interns in the survey reported getting a stipend from their offices. Since 2019, the House has provided members funding to pay their interns if they wished. Interns can also be paid from individual offices’ budgets.

The most cited worry of the summer 2022 interns was being able to afford to move to and live in Washington, cited by 65.7% of respondents.

Travis Barker Posts Positive Update From Hospital: ‘I Am Currently Much Better’