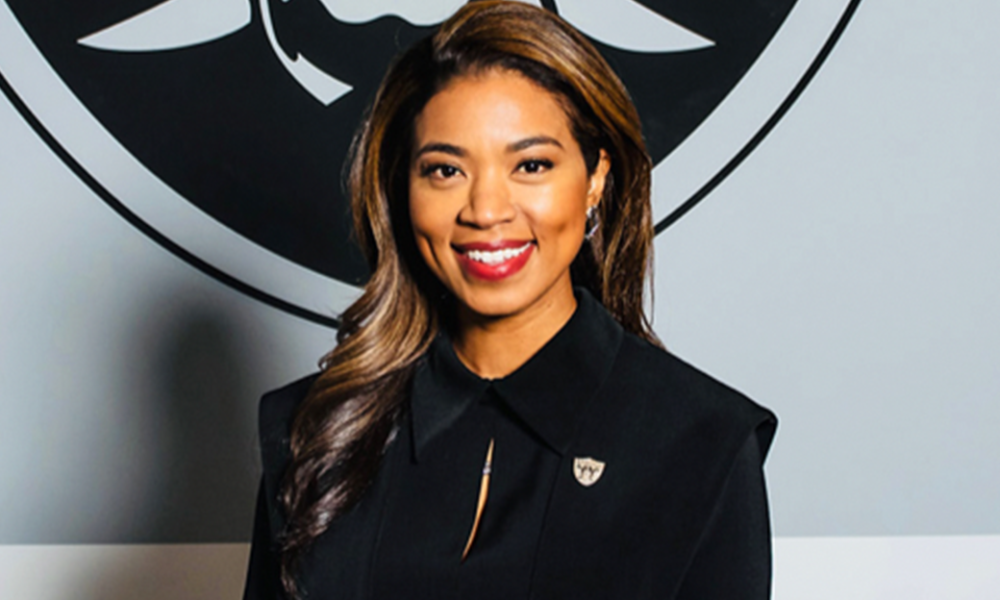 “I am thrilled that Sandra has agreed to join the Raiders family,” said Raiders owner, Mark Davis who made the announcement on Thursday. “Her experience, integrity and passion for this community will be invaluable to our organization. From the moment I met Sandra, I knew she was a force to be reckoned with. We are extremely lucky to have her at the helm.”

Morgan is a native of Las Vegas and is coming to the Raiders after being the the former chairwoman of the Nevada Gaming Control Board. In the past, she has worked as served as city attorney and as part of the state’s Covid-19 task force.

According to The New York Times, Morgen will fill a role that has been vacated twice in the past year amid, “front office upheaval and allegations of financial mismanagement and workplace dysfunction within the Raiders organization.”

“It is the honor of a lifetime to join the Raiders at one of the most defining times in the team’s history,” Morgan said. “This team’s arrival in Las Vegas has created a new energy and opportunities we never dreamed possible. I look forward to taking this team’s integrity, spirit and commitment to excellence on the field into every facet of this organization.”

Her sorors of Las Vegas’ Theta Theta Omega Chapter of Alpha Kappa Alpha Sorority Inc. took to social media shortly after her new position was announced to congratulate her.

“History has been made!! So excited for Alpha Kappa Alpha Sorority, Inc. – Theta Theta Omega Chapter member Sandra Douglass Morgan who is the President of the Las Vegas Raiders Sandra is the first black female President in NFL history. We are so proud of her!” they captioned a photo of her.

“Congratulations to our Alpha Kappa Alpha, Inc. Theta Theta Omega Chapter Soror Sandra Douglass Morgan on being named President of the Las Vegas Raiders and becoming first black female President in NFL history. We are very proud of her,” they captioned their post.

We at Watch The Yard would like to congratulate Sandra Douglass Morgan on her huge accomplishment and new position. This is another huge first for the sorority sisters of Alpha Kappa Alpha!

What To Buy From Tabitha Brown’s Target Home Decor Line
Star Trek Star Nichelle Nichols Has Died At Age 89
City Residents Who Support Neighborhood Schools Are Often Divided By Race And Purpose
Nichelle Nichols, Pioneering ‘Star Trek’ Actor, Dies At 89
Mary Alice Should Have Been A Household Name. But She Wasn’t A Part Of White Hollywood.