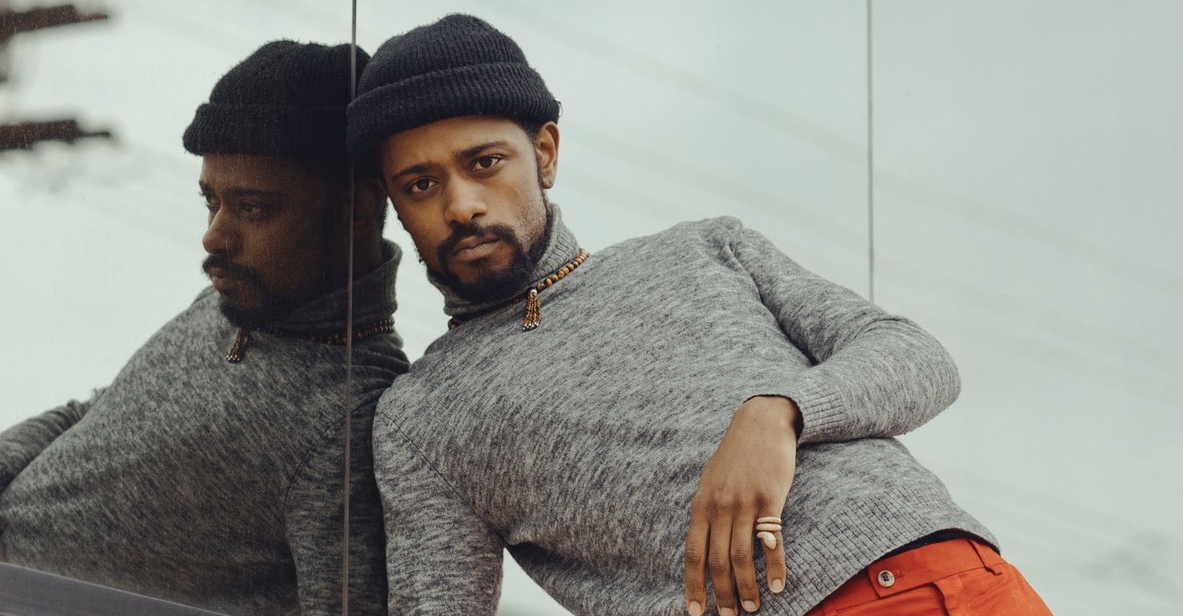 The 2010s were a great time to be Black and nerdy. This period of entertainment history spawned fresh talent that offered new perspectives on the Black experience. With this new talent came an onslaught of new roles, stories, and projects that broke down barriers and paved the way for a new generation of Blerds to emerge on the Hollywood scene. Below are five pioneering Blerds whose presence in the 2010s shook up pop culture and had a lasting impression on the next generation of Black talent.

Chances are you’ve seen at least one of LaKeith Stanfield’s award-winning projects, from his groundbreaking role as a sunken Black man in Get Out to his critically acclaimed portrayal of Darius in Atlanta.

Hailing from San Bernadino, California, LaKeith Stanfield is a fresh face from the 2010s whose presence fills a void of authenticity in Hollywood. No matter where he is or who’s in the room, he never seems to lose his composure and is always unapologetically himself. That comfort in his originality makes LaKeith an inspiration to young Blerds.

In a time when Blerds were still struggling to find reflections of themselves in film and tv shows, LaKeith offered up his name for the mantle of portraying eccentric Black male figures (like the ambitious telemarketer Cassius Green in the off-beat Sorry To Bother You). These figures offered a fresh take on the Black male lead.

Issa Rae is a Blerd pioneer from Los Angeles, California, whose flourishing Hollywood career is an inspiration to Black women everywhere. She came through the door in 2011 and gave the world Awkward Black Girl, which offered a new perspective on the Black female experience that Hollywood had yet to promote or publicize.

Her series spoke to a new generation of off-beat Black women. It gave us content and characters we could (finally) relate to. Issa Rae’s trailblazing career is the epitome of “if you want something done right, do it yourself,” and she’s been embodying that motto since the early 2010s.

Since her arrival on the scene, Issa has been a best-selling author, an Emmy-nominated actress, and has helped produce countless Black stories, from a reality tv show about Black entrepreneurship to a sketch comedy series starring an all-Black female ensemble.

The world doesn’t talk about the glow-up of Quinta Brunson enough. When we first met her, she was the star of viral internet memes and had us all looking for excuses to say, “oooh! he got moneyyyyy!?”

Now? Your girl is the writer, star, and producer of one of the best sitcoms in TV history: Abbott Elementary. Quinta Brunson’s growth and expansion in the comedy scene is an inspiration to young Blerds and gives us a prime example of what happens when you’re passionate about your craft and have faith in your talent.

Her all-or-nothing approach to her career has earned her much-deserved success. It has skyrocketed the Philly native from a popular content creator to a full-on Hollywood “It girl.” But, don’t let this new fame and success fool you. Throughout it all, she still manages to be her wholesome, down-to-Earth self. She credits her close relationship with her family and friends as one of the main things that keep her grounded.

Donald Glover is a rare multi-hyphenate talent that refuses to fit inside the Hollywood mold. His controversial opinions about racism and the Black experience in America alienate him in mainstream media, but not in mainstream success. He continues to flourish in his multi-dimensional career while living his truth unapologetically.

Although Glover had already made a name for himself as a musician, writer, and comedian, in the 2010s, his career took off to a whole other level. In music, Glover found commercial success with his sophomore album “Because Of The Internet” under the rapper alias Childish Gambino. In television, he gifted us with Atlanta. The series turned network television on its head and introduced the mainstream world to amazing talent like Brian Tyree Henry, LaKeith Stanfield, and Zazie Beetz.

Whether you know him as Donald Glover, Troy, or Childish Gambino, one thing’s for sure, he has been an important symbol for Blerds his entire career, refusing to limit himself artistically or sacrifice his individuality. That, irrefutably, makes this Cali native influential.

Whether you know him for his career in comedy or as a trailblazer in horror, one thing’s for sure: Jordan Peele is a Blerd icon. In the 2010s, he made us all crack up with his spot-on impressions of Barack Obama and his countless outrageous skits in the hit comedy show Key and Peele.
However, Jordan Peele’s career really took off when he introduced the world to the revolutionary horror/thriller Get Out. The impact Get Out has had on the horror genre is undeniable and pop culture hasn’t been the same ever since we watched Daniel Kaluuya’s Chris Washington get sent to the sunken place. Since then, Peele continues to represent Blerds through his presence in both the sci-fi and horror realms; he’s had the pop culture honor of being the host of The Twilight Zone and continues to terrify mass audiences with his original horror/thrillers like 2019’s Us and the highly-anticipated Nope, which is coming soon to theaters.

Who Was Tyre Nichols? Man Beaten To Death By Memphis Police Was A Skateboarder, Father And ‘Beautiful Soul’
Nation Reels Over Sickening Video Of Tyre Nichols’ Deadly Beating
New Orleans Mayor Speaks Out After Being Accused Of Having An Affair With Police Officer
LeBron James Believes Son Bronny Can Play At Any College Of His Choice: ‘He’s Good Enough’
Sha’Carri Richardson Records Verbal Altercation With Flight Attendant Before Removal From American Airlines Flight