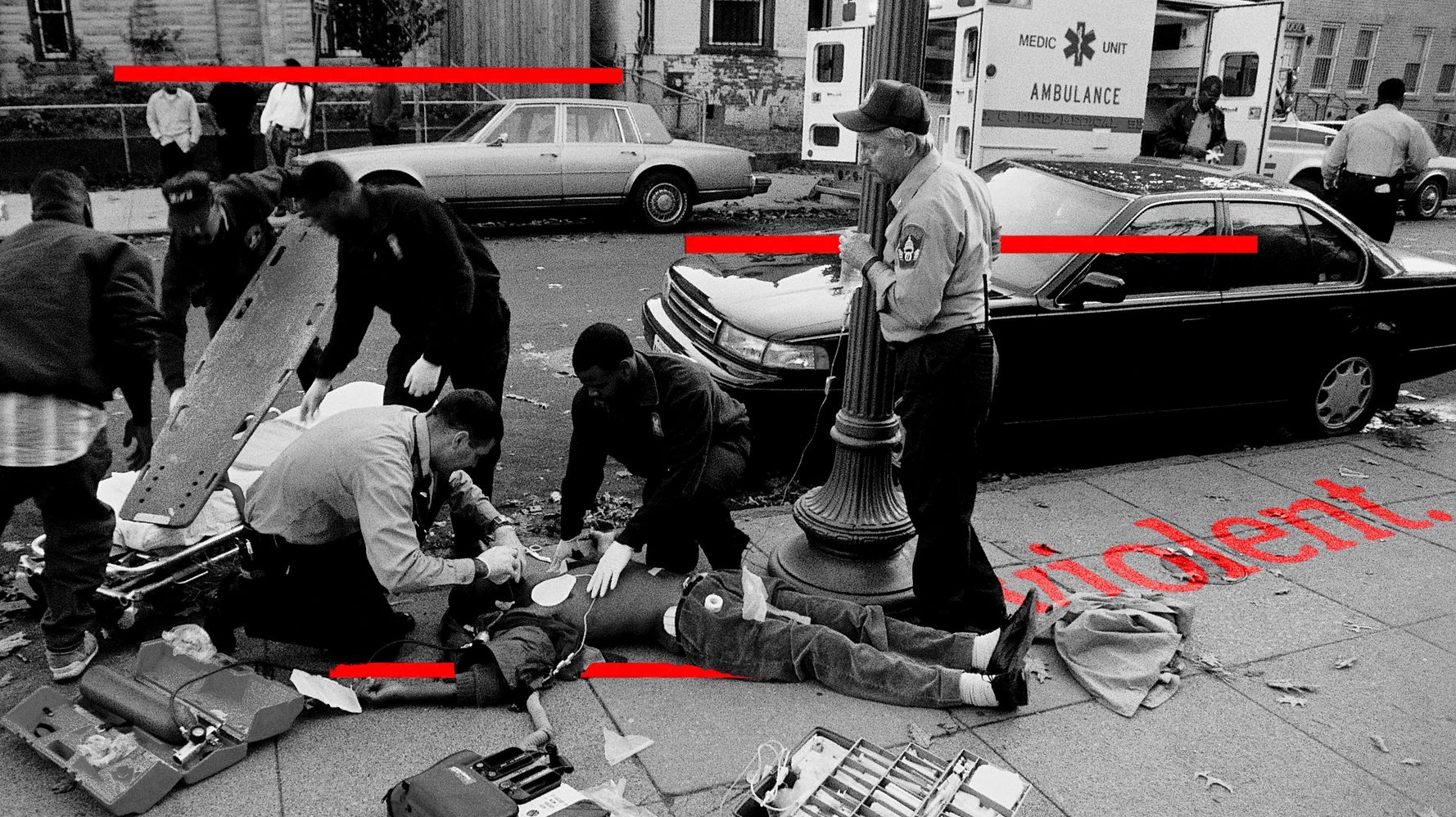 I was eight years old when I first saw a gun.

A neighborhood knucklehead that we’ll call Payphone had backed down Ray over something that was far beyond my age. This was back in 1984, when drugs were plentiful and Washington, D.C., didn’t have a drug task force, and new money meant urban opulence like Jettas with BBS rims, cell phones the size of cinder blocks and soft fabric FILA sweatsuits.

Ray was a local boxer who did more working out than actual boxing. He wore gray sweatsuits whenever he ran through the neighborhood. He shadowboxed the air. He skipped rope outside of the corner store on First and Bryant, which is where I was the day I saw the gun.

Payphone held an MCM tote bag and told Ray to come into the alley. He made it sound like he wanted to fight. Ray shouted back. That’s when Payphone pulled the gun out of his clutch bag.

What shocks me most about that day, looking back on it, was that I didn’t run. I wasn’t even nervous. At eight, it was already embedded in me that this was the way.

I was 12 when I held my first gun. My next-door neighbor was worried after an altercation with a group of girls that she was going to get jumped. She got a gun from her boyfriend, a silver .22 that she left with me because she didn’t want her parents to find it.

I was 14 when I shot my first gun. It was in the woods near my house. I was drunk. It could’ve ended badly.

I was 15 when people dubbed my home the “Murder Capitol” after a particularly brutal and violent end of 1991. That was the same year I learned never to touch a gun or, if I did, to clean off the prints. I also knew that if the price was really low, it was probably used in a shooting and the seller was just trying to get rid of it quickly.

I was 16 when the first kid I knew got killed. It wouldn’t be the last.

I was 18 when my friends and I popped the hood of the car and hid the guns near the engine before going into the go-go, because everyone knew that leaving guns in the car meant someone would break your windows to steal them.

This was despite the fact that D.C., which still has some of the weirdest gun laws in the country, had not one gun shop, gun range or legal place to hunt in the city. Yet there were guns all around.

This was the byproduct of a crack war that hooked a whole city. It was also the byproduct of lack, devastation, an epidemic and even slavery. Yes, slavery. Though none of us would admit it, all of the risks we took — all the chances that could’ve led to death or jail — were merely to have access to things we couldn’t afford.

We learned from the “best.” After all, how much of America’s history is about getting things on a blood credit debt you never plan on actually paying?

European settlers came to the so-called “New World” looking for gold. Instead, they found land and people — land they wanted and people they were prepared to enslave, kill or displace in order to have that land. And then, because minding, building and getting wealth out of American soil is hard work, they forced African people to come to the United States to toil for free under 400 years of slavery and build this country to what it is today.

The U.S. became what President Ronald Reagan once called “that shining city on a hill” ― AKA the wealthiest country in the world where you have the opportunity to get rich or literally die trying, sometimes through violence.

We can talk about what’s owed to indigenous people or the descendants of those who were enslaved, but nobody’s paying. Because in America, the ends justify the means, even if the means are “I don’t have something, so I’m willing to kill and/or destroy lives to get it.” It’s why we celebrate genocidal maniacs, slave owners and sociopaths — because for those who benefited from their violence, they got the job done.

“In America, the ends justify the means, even if the means are “I don’t have something, so I’m willing to kill and/or destroy lives to get it.””

Some do it for greed. Others do it for sport. Where I grew up, though, it was purely about need. About want. About lack.

And lack is a monster.

It creeps up on you from nowhere. Lack has a smell and a taste that sits in the back of your throat just to remind you of how much you don’t have. It shrinks your clothes to the point of embarrassment. It naps your hair. It muddies your sneakers. Lack is a back-breaker and destroyer of good men. Lack is a moral-bender and burden-creator, because wherever there is lack, there is violence.

We didn’t create the violence that we lived in, we inherited it, like spanking or a passive God. I didn’t grow up in the drug-fueled, war-torn 1980s by happenstance; The city was already an unattended boiling pot on a gas stove. This wasn’t Black-on Black violence (which we already know is a myth), this was inherited white violence.

Crack hit D.C. around 1984, the same year I saw Payphone in the alley with the gun, the same year that I stopped drinking Little Hugs fruit barrel sugar waters and started drinking Martinelli’s apple juice in a brown paper bag because it looked like beer. The same year that the poverty line rose to around $10,609, or in drug parlance, about $6,000 short of a kilo of cocaine. (Assuming you had a South Florida connection.)

The violence that followed would be some of the most horrific violence a city had ever seen.

But in the scope of American violence, it was the natural order.

Violence comes with having things. It always has. And sometimes violence leads to having things. World War I made the “U.S. dollar [stronger] among the world’s currencies.” World War II spearheaded the American tax system. The Iraq War, we all know, was about oil.

The systemic structure of the inner city is such that those who make it out are exceptions, not the rule. In fact, you want to know how to make a criminal? Here’s how: raise a child in poverty, send that child to school to his assigned neighborhood school, which is already overcrowded and underfunded. Grade teachers on classroom control and not students’ performance. Leave that child to his porch, where he can see things ― shiny things, bigger things than the things he owns. Watch as he plays, “That’s my car!” when a dope whips ride by. Let him bake in the stew of lack for long enough and watch as he rises to hop off the porch.

It’s not accidental that in 2019 young Black men make up only 15% of all youth across the United States and some 41% of youths in the system.

Because what all the stories have gotten wrong, what all of the stories written about the “Murder Capitol” miss, is that abundance of lack. They don’t talk about the history of American violence that D.C., and every city like it, mirrors to this day.

Gangs fight over land that isn’t theirs, because it’s a claiming of things. America was built on a turf war. American museums are filled with stolen goods.

America is nothing if not violent, and the violence enacted in Black communities is a microcosm of all the years of violence enacted upon their ancestors. It’s the slaves that, when freed, owned slaves themselves. It’s the learned behavior of violence passed down like a recipe written on parchment paper that is barely visible, yet the maker can still bring out all the flavors of those who made it before them.

In fact, it’s the American way.

Opinion: 140 Million Poor People Are Not A Disease. They Are The Result Of Policy Murder.

Opinion: The Profit Of Violence

The Culture Shifters Who Are Changing The World