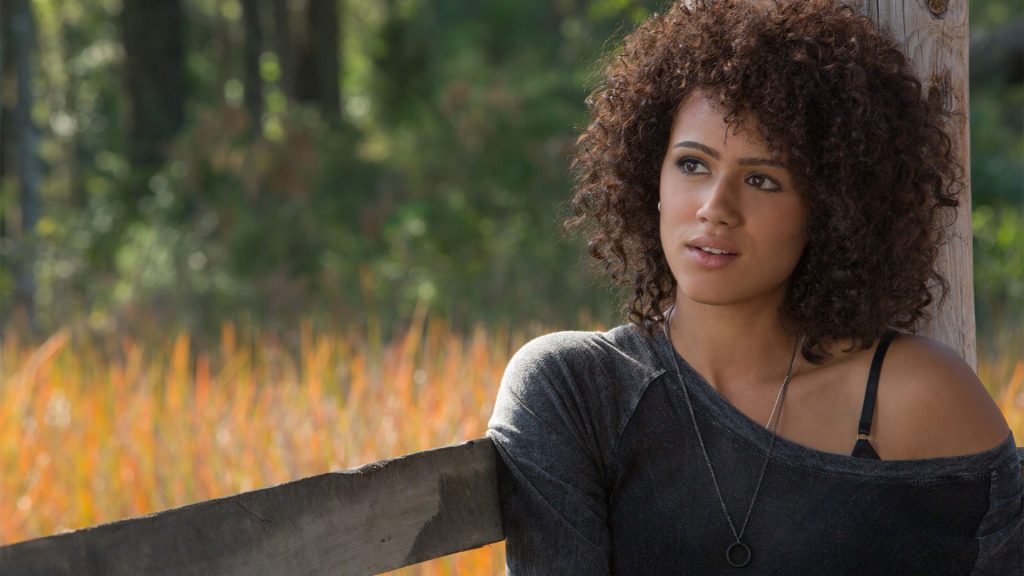 You could say Nathalie Emmanuel is riding the crest of a wave at the moment as she’s one of the most familiar faces in the world; someone that Britain and all women of colour can certainly be proud of.

Emmanuel has undoubtedly come a long way from being the fresh-faced youngster who first appeared as Young Nala in the West End production of Disney’s The Lion King over twenty years ago. After leaving the stage, Emmanuel moved onto the small screen here in the UK in 2006, where she made her debut on the ever-popular early evening soap Hollyoaks on Channel 4. Right from her first scene on the soap showed she wasn’t afraid to take on challenging storylines, tackling issues around prostitution and addiction. It wasn’t the only difficult task either, as she continued to be a shop assistant alongside her dreams of success on screen.

The hard work soon paid off, though, as she was cast as Missandei, DaenerysTargaryen’s interpreter in the fantasy drama series, Game of Thrones, which catapulted her career into orbit. The franchise is instantly recognizable by people worldwide, and its legacy has spilt into so many other forms of media. Game of Thrones Funko pop figures were released and continue to be popular, and a book to accompany the series, Inside HBO’s Game of Thrones and a podcast called Thronecast, were released after every episode.

In gaming, Emmanuel’s character didn’t feature heavily in the Telltale Games releases on PlayStation and Xbox, but their popularity did drive people to the shows and books, making her more accessible by association. They’re not the only GoT titles in gaming to achieve that either as Cheeky Bingo has a title called Game of Thrones: Power Stacks, which features the familiar theming. Also, mobile gamers can still play Game of Thrones Beyond the Wall, almost three years after the show last aired. All this constant exposure for the franchise allied with Emmanuel’s performance put her in the minds of some of Hollywood’s most prominent directors, and she’s not looked back.

With so much demand for her acting talents, she’s got a host of upcoming projects, which means there are plenty of opportunities for you to catch her on-screen now and in the future.

Those who love an evening chilling in front of Netflix can currently see Emmanuel in Army of Thieves, the prequel to the successful but grizzly Army of the Dead. Emmanuel plays the female lead, Gwendoline Starr, who enlists the help of bank teller Sebastian to pull off a series of heists while the world is more concerned with an impending pandemic.

Her next project continues with the horror theme, as she’s set to star in The Bride, which Bram Stoker’s Dracula inspires. The movie is a contemporary thriller that tells the story of a young woman who is swept off her feet before realizing she’s trapped in a gothic world of debauchery.

Finally, hurtling over the horizon are the third and fourth appearances for the 33-year-old Brit in the Fast and Furious franchise. Emmanuel is to reprise her role as Megan Ramsey, the notorious computer hacker who first appeared in Furious 7, then The Fate of the Furious (F8) before re-joining Vin Diesel, John Cena and co in F9, which was released last year. She has become an accepted mainstay of the series and will be for the next couple of films.

As you can see, the future’s bright for Emmanuel, who has transitioned from stage to TV and the big screen, writing her name in lights alongside some of the world’s biggest stars, and here at Pride Magazine we couldn’t be more pleased.

Oldest Living Member Of A World War II Battalion Of Black Women Gets Congressional Gold Medal
Quinta Brunson, The New Face Of Olay, Calls Her Achievement A ‘Pinch Me Moment’
#LilDonald Suggests Rappers Getting Lawyers Before Managers
Beyoncé’s ‘Renaissance’ Is Her Gayest Album Yet — And It’s Exactly What We Needed
George William Ford (1847-1939)