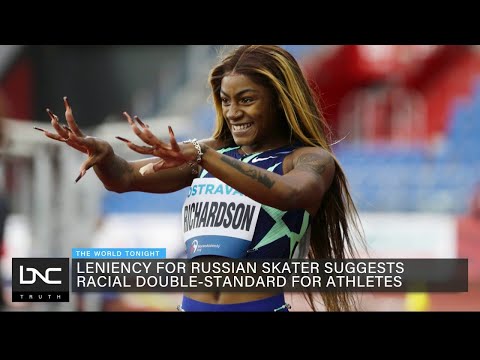 A 15-year-old Russian figure skater has been cleared to continue competing in the Winter Olympics, despite failing a drug test before the games.

That didn’t sit well with Sha’Carri Richardson, the American track star who won last year’s Olympic trials in the 100-meter dash. She was left off the Olympic team after a positive test for marijuana cost her a one-month suspension, which caused her to miss the Olympic Games in Tokyo.