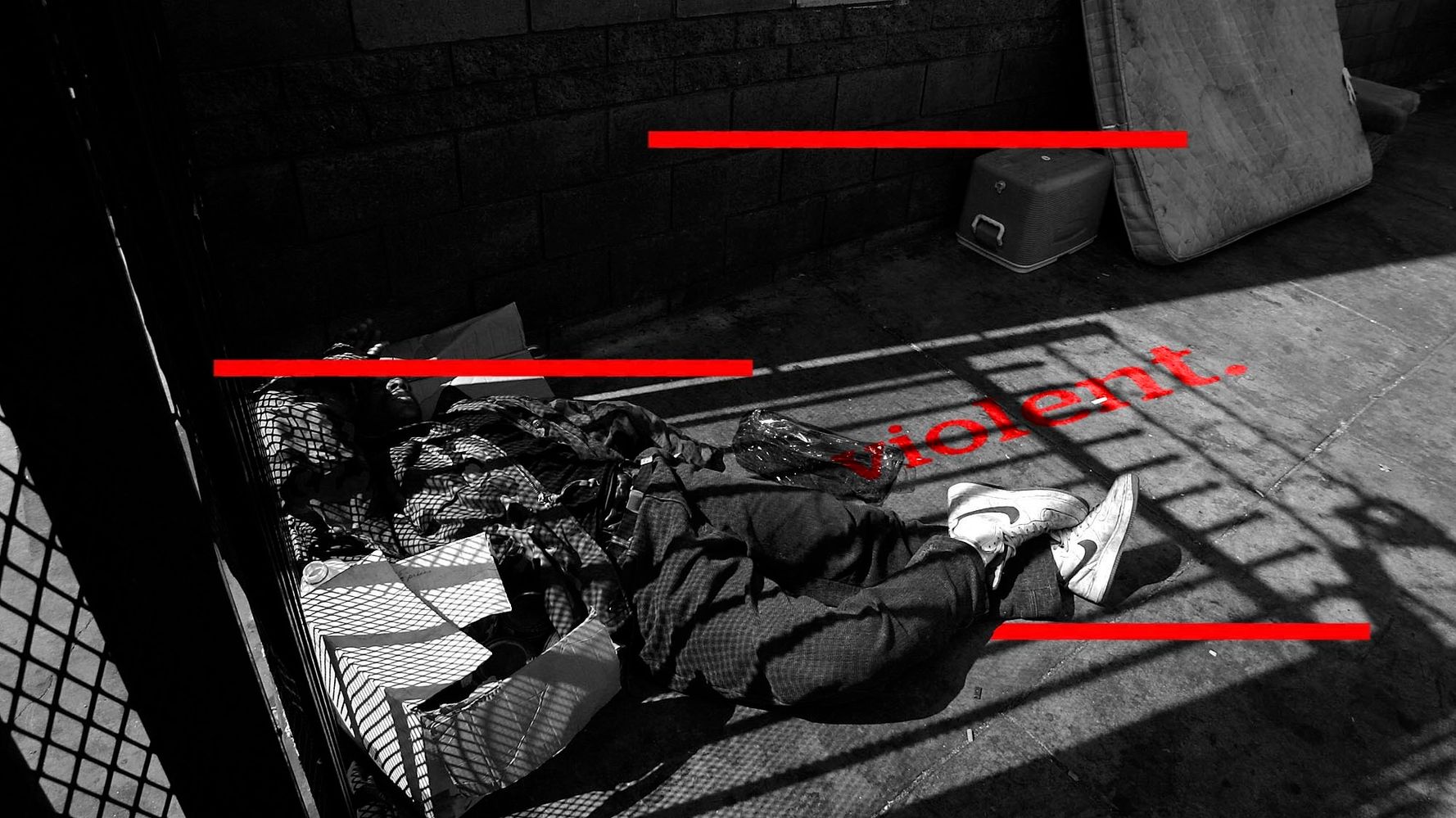 Standing before tens of thousands gathered on Pennsylvania Avenue in Washington, D.C., on June 18, I was led to say these words: “We come here from every corner of this land because there are unnecessarily 140 million poor and low-wealth people in this country.

“These numbers and the interlocking injustices that produce them are not just about debates between the right, left and moderates. They represent a crisis of democracy and a shared failure to center poor and low-wealth people. But there is something else that is even more grotesque: the regressive policies which produce 140 million poor and low wealth people are not benign. They are forms of policy murder.”

As a pastor, some of the hardest sermons I’ve had to preach were at funerals for people who were murdered. I’ve funeralized people murdered by police, and I have eulogized young men who were shot dead in the street over little more than $20. But whenever you stand over the body of someone who has been murdered, you know they died an unnatural death. God did not simply “call them home.” Their life was cut short by someone who decided that they could play God and determine when a life should end. Murder is a sin not only because it takes another human’s life; it is also an act of idolatry.

While murder has a legal definition and can be prosecuted under state and federal laws, murderers are not the only people who commit the idolatrous act of deciding that someone else’s life doesn’t matter. In fact, far more people are killed every year by policy violence than by murderers in America. According to a study from Columbia University’s Mailman School of Public Health, nearly 700 people die every day in America from poverty. That’s more than those who die from cancer or heart disease. But unlike these diseases, poverty is largely a political choice. We know that policies like the expanded child tax credit, which was passed as part of the American Rescue Plan, lifted 4 million U.S. children out of poverty in 2021 before it was discontinued in 2022 after the Senate failed to extend it. This legislation didn’t simply make life a little easier for some Americans. It saved lives.

When politicians use the power they have by virtue of being elected to kill legislation that saves lives, what should we call it? Policy violence may not meet the legal definition of murder, but that is more of a statement about the insufficiency of our laws than it is about the seriousness of the legislative negligence. If an individual doctor failed to do something in her power to save the life of a child, she would be charged with malpractice. If an engineer failed to take the necessary measures to ensure that a bridge doesn’t collapse under the weight of traffic, he would be charged with criminal negligence. But when politicians refuse to renew life-saving policies, they are called “moderates.” Something is wrong with our language.

This inability to even name the violence that is causing the most unnecessary death in our society suggests that we are held captive by something we do not understand. In ancient scripture, the prophets spoke out in the public square against such social captivity. They held up a mirror, demanding that the nation must see itself, and offered vivid images to describe the policy violence that was consuming people’s lives.

“Your politicians are like ravenous wolves,” Ezekiel prophesied in ancient Israel, comparing the policy violence of those who denied poor people their rights to flesh-eating wild animals. Ezekiel gave the people language to name an offense that the criminal code did not recognize. And he did not allow the people to think that politicians alone were responsible for the policy violence that plagued their society. “Your priests are like [the politicians],” he declared, “whitewashing their sins.” Policy violence never happens without the cultural wrapping of religious nationalism to justify legally sanctioned inhumanity. The worst evils in human history have been committed with the blessing of the court prophets, under the fiery cross of the Ku Klux Klan rally, and wrapped in the flag of the religious nationalists who believe they are justified in their cruelty because they are somehow defending God’s good order.

America, too, has had her prophets. After she walked away from the brutality of human bondage, Sojourner Truth heard the spirit’s call to travel across the United States and expose the nation’s sin. Like Ezekiel, she relied on vivid imagery to awaken people from a collective stupor in which owning other human beings was not only seen as acceptable, but was also represented as God’s will. The role of the prophet has always been to expose policy violence, and history has often conspired with the prophets to make it easier for everyone to see and feel how decisions made by the powerful impact all of us.

Over the past two years, poor and low-income people have been two to five times more likely to die from COVID. Together with the United Nations Sustainable Development Network, the Poor People’s Campaign conducted a study earlier this year which found that these extreme disparities cannot simply be explained by vaccination status. They are related to the policy violence against poor and low-wealth people that is endemic in American public life.

Recently, the National Academy of Sciences said that more than 330,000 lives could’ve been saved if we simply had a policy of universal health care for all people when the pandemic hit. This basic commitment, which was first proposed in the United States by a Republican more than a century ago, is not out of reach. Every other wealthy country in the world guarantees health care to its citizens, whether a conservative or liberal government is in power. That we do not is an exception which exposes America’s policy violence. Whatever their stated reasons for doing so, our elected representatives chose to let hundreds of thousands of Americans die. Yet we do not have a name for this particular form of mass slaughter.

“Words make worlds,” the philosopher Ludwig Wittgenstein said, and the absence of words can likewise prevent us from seeing the world that some people live in. On June 18, tens of thousands of Americans from every state in the union and from every race, creed, and culture marched together on Pennsylvania Avenue with the Poor People’s Campaign to demand that the nation see their reality. For more than five hours, they told stories of losing loved ones to a lack of health care and mass incarceration, losing housing because of low wages and gentrification, and losing communities to ecological devastation and displacement. Standing before Congress for all to see, they issued a collective indictment against America’s policy violence.

In doing so, poor and low-wealth people were able to see clearly that, however powerful those in office may seem, there are actually far more of us who suffer from policy violence than there are people who support it. Even as the Jan. 6 committee in Congress continued to lay out the desperation of Trump’s seven-step plan to overturn the 2020 election when he and others felt they were losing power, the Mass Poor People’s and Low-Wage Workers’ Assembly issued its own seven-step plan to build legitimate power between now and the midterms in November.

When we find language to name policy violence and listen to the people who suffer from it, we not only see the world as it is, we can also see our capacity to change it. The greatest violence of all may be the lie that they tell us, in the face of monstrous evil, that we can do nothing — that this is just the way things are. When those who have suffered violence join hands and rise up together to insist that their voices be heard, it is a reminder that none of us have to accept policy violence as a given.

“We made the world we are living in,” James Baldwin said, “and we must make it over again.” The work of all who oppose policy violence is the work of reconstructing American democracy.

Opinion: The ‘Strong Black Woman’ Trope Is A Trap

Opinion: The Profit Of Violence

Brian McKnight And His Wife Leilani Welcome Baby Boy
Octavia Spencer Says She Experienced More Racism In Los Angeles Than In The Deep South
Who Was Tyre Nichols? Man Beaten To Death By Memphis Police Was A Skateboarder, Father And ‘Beautiful Soul’
Court Proceedings For Young Thug And YSL Members Have Been Disrupted By Alleged Drug Transactions And Contraband Smuggling
Officials Release Footage From Fatal Beating Of Tyre Nichols At The Hands Of Memphis Police