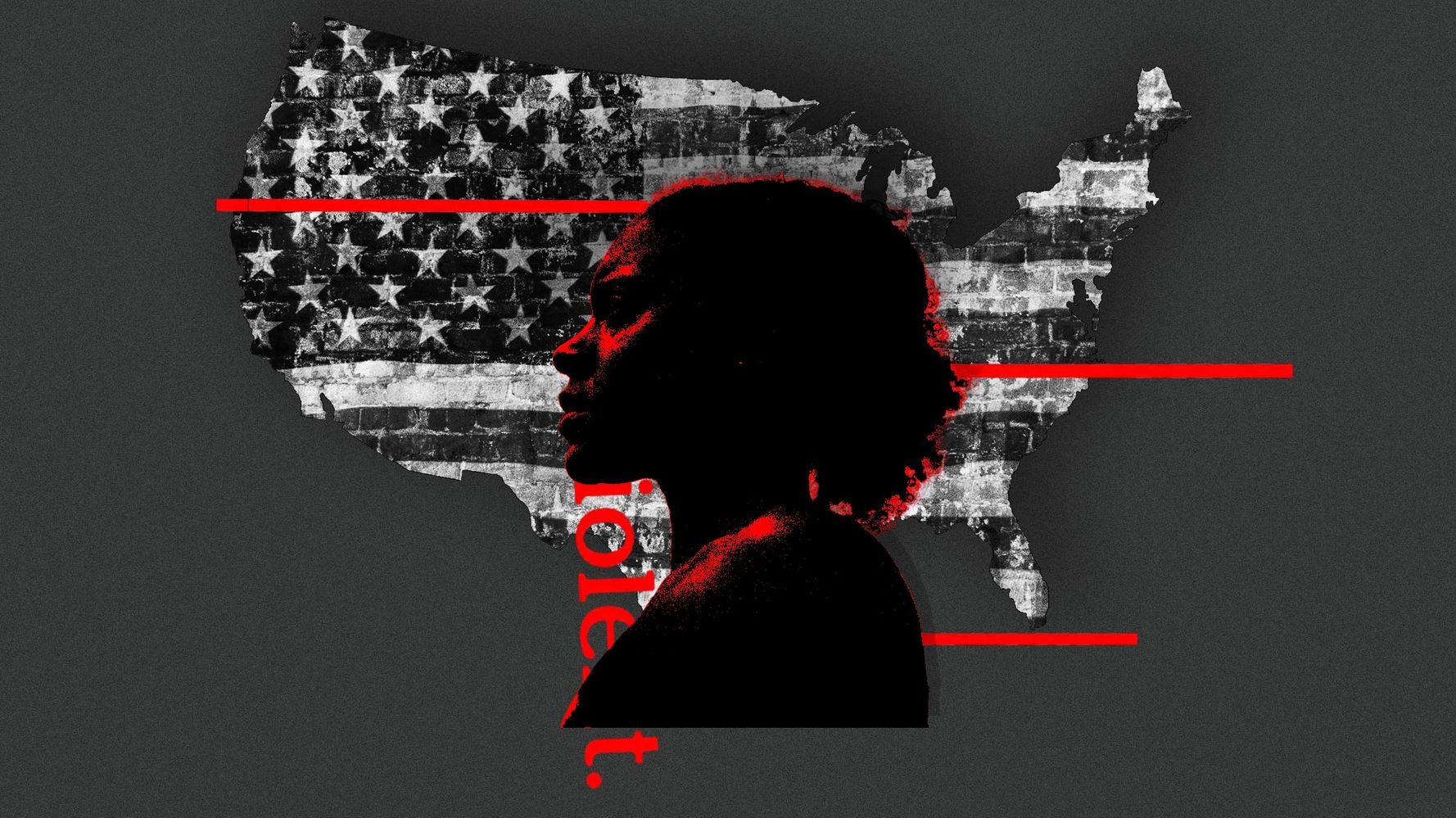 “What doesn’t kill you makes you stronger” is perhaps my least favorite hackneyed phrase. As a Black woman who rejects the imposition of the “strong Black woman” myth onto my life, that phrase is one that has always struck me as an unjust demand for us to endure grievous harm. Death, in this framing, is indirectly disentangled from processes of gradually wearing a person down. There’s an immediacy underpinning the clichéd saying that suggests that if something occurring doesn’t kill you in that moment, then persevering through it makes you better. There’s no room for contempt or anger at the thing that didn’t explicitly kill you because allegedly you are now better for having withstood it.

For my most recent book, “America, Goddam: Violence, Black Women, and the Struggle for Justice,” I spent years looking at what was slowly and spectacularly warring against Black women and girls. And while murder, rape, and physical assaults were the most recognizable forms of violence Black women and girls disproportionately experience, what became abundantly clear through my research was the grievous impact of less direct forms of violence. I had to take a step back to see the full picture of violence beyond spectacular encounters in which Black women and girls were physically harmed or killed. What came into sharp focus was demoralizing and gutting: We’ve normalized the wearing down of marginalized and vulnerable communities. Far too many of us have become complacent with the ubiquity of death-bound conditions.

Paying specific attention to Black women and girls, I came to understand that reducing my conceptualization of violence to only its most recognizable iterations erased the injurious and sometimes fatal impact of those struggling to outrun and outlive multiple forms of oppression. Telling the story of contemporary violence against Black women and girls and, more broadly, of violence in the United States meant taking stock of the many ways we routinely harm those on the margins.

To properly map violence in the U.S., we must contend with how systemic and structural forms of oppression, such as racism, sexism, ableism, queerphobia and transphobia, operate and often conjoin in the lives of minoritized communities. The daily experience of being unhoused, hyper-surveilled and or under/unfed is part of this nation’s climate of violence. When we only recognize forceful acts that hurt, damage or kill someone, we obfuscate all the other ways we relegate millions of people to lives predisposed toward premature death. Everyday injustices and inequities kill ― slowly, surely and intentionally.

Poverty is one the cruelest and most preventable forms of harm we’ve normalized. Nearly 13% of women live in poverty in the U.S. Black, Indigenous and Latina women are disproportionately represented among women living in poverty. Without question, we are an anti-poor nation. And to clarify, there’s a huge difference between being anti-poor and being anti-poverty. Anti-poor sentiments and ideologies anchor policies, bills and laws aimed at demonizing and criminalizing those who cannot afford basic necessities, such as housing and food. Instead of calling out the ruthless, capitalist cycle of extraction, exploitation and prioritization of profits over people, we pathologize the impoverished and ignore systemic failures.

Over the past few years, there’s been an uptick in legislation criminalizing homeless people and homelessness more broadly. For centuries, Black people have been criminalized in this country. Black Americans are 40% of the U.S. unhoused population. To be Black and unhoused means you are distinctively vulnerable to targeted criminalization. There’s something starkly sadistic about punishing people for being poor, as though the conditions of poverty aren’t rancid enough.

Systemic sadism extends to other arenas as well. As we await the probable overturning of Roe v. Wade, the prospect of forced birthing looms large. In a nation with a dismal maternal mortality rate and a shredded social safety net, it’s appalling that we would criminalize the decision of a pregnant person to not give birth. For pregnant people who do not wish to give birth, making abortion illegal amounts to both a bodily assault and a violation of their personal autonomy. A person forced to give birth at the risk of being criminalized and incarcerated is not consenting to birthing a child or to becoming a parent. Forced birthing is a multidimensional violation, and like most oppressive realities in this nation, will disproportionately affect Black women and girls.

Even for Black women and girls who want to give birth and become parents, the possibility of pregnancy-related death looms large. When Sen. Bill Cassidy (R-La.) callously remarked that “about a third of our population is African American; African Americans have a higher incidence of maternal mortality. So, if you correct our population for race, we’re not as much of an outlier as it’d otherwise appear. Now, I say that not to minimize the issue but to focus the issue as to where it would be. For whatever reason, people of color have a higher incidence of maternal mortality,” he didn’t offer any semblance of care for the reasons for the higher rates of pregnancy-related deaths among Black women and girls. Gallingly, Cassidy is by far not alone in his refusal to acknowledge how anti-Blackness, white supremacy and misogyny are driving factors in our higher mortality rates. The careless care Black birthing people receive in a health care system that relies upon racist, sexist and ableist assumptions, technologies and practices is a form of violence.

If doctors don’t believe Black people feel pain or they use pulse oximeters that misread oxygen levels in those with darker skin, thereby making them less likely to receive potentially lifesaving care, they are willingly participating in a death-dealing system. Unhealthy systems rooted in inequity are at least partially responsible for our premature deaths. The attempt to frame Black people as “unhealthy” without conceding how multiple forms of oppression converge in our lives to produce death-bound outcomes is dishonest at best and fatally malicious at worst.

Sen. Cassidy’s comments also encouraged erasure. Although he said he wasn’t minimizing the Black maternal mortality crisis, he was quick to try to dissociate his state’s maternal mortality rate from that of those who are most vulnerable. Disaggregated data can be important when trying to be precise about figuring out solutions to a problem; however, it becomes dangerous when that disaggregation occurs in an attempt to diminish the significance of that problem. Cassidy is one of several elected officials pushing for legislation on maternal health care, and yet he dismissively addressed Black maternal mortality as though those victims are disposable. When politics of disposability and erasure underpin your perception of crisis, those on the margins get left behind.

And what happens to those on the margins of the margins? For those who sit at the intersection of multiple forms of oppression, the knowledge that too few other than those with shared experiences will care about the harsh material realities with which you contend is soul-crushing. Not only must you combat an interdependent superstructure of oppressive forces, you also expend energy resisting without the care and support from those empowered to make substantive systemic changes. In both surviving and resisting the unlivable, the violence becomes more blaringly apparent.

As we debate gun control, policing, violence in our communities, and the U.S.’s engagement in wars and military interventions throughout the world, we also need to explore our complicity with unlivable living. We’ve normalized expecting people to survive the impossible. We’ve imbibed a politics of disposability and become complicit with routinized harm. When we make the mere act of surviving this arduous for millions of people, it’s past time for us to broaden our grasp of just how violent we are.

White Supremacist Nick Fuentes Spills About Mar-A-Lago Dinner With Trump
Ashanti Reveals She ‘Made Some Calls’ To Get Retaliation Against Man Who Abused Her Little Sister
There’s A Mental Health Crisis Among Black Students. What Are HBCUs Doing To Help?
This Artist Is Giving Lesbian Couples The Retro, Pinup Treatment
Tenoch Huerta Reveals The Truth About His Missing Bulge In ‘Wakanda Forever’ Final Cut