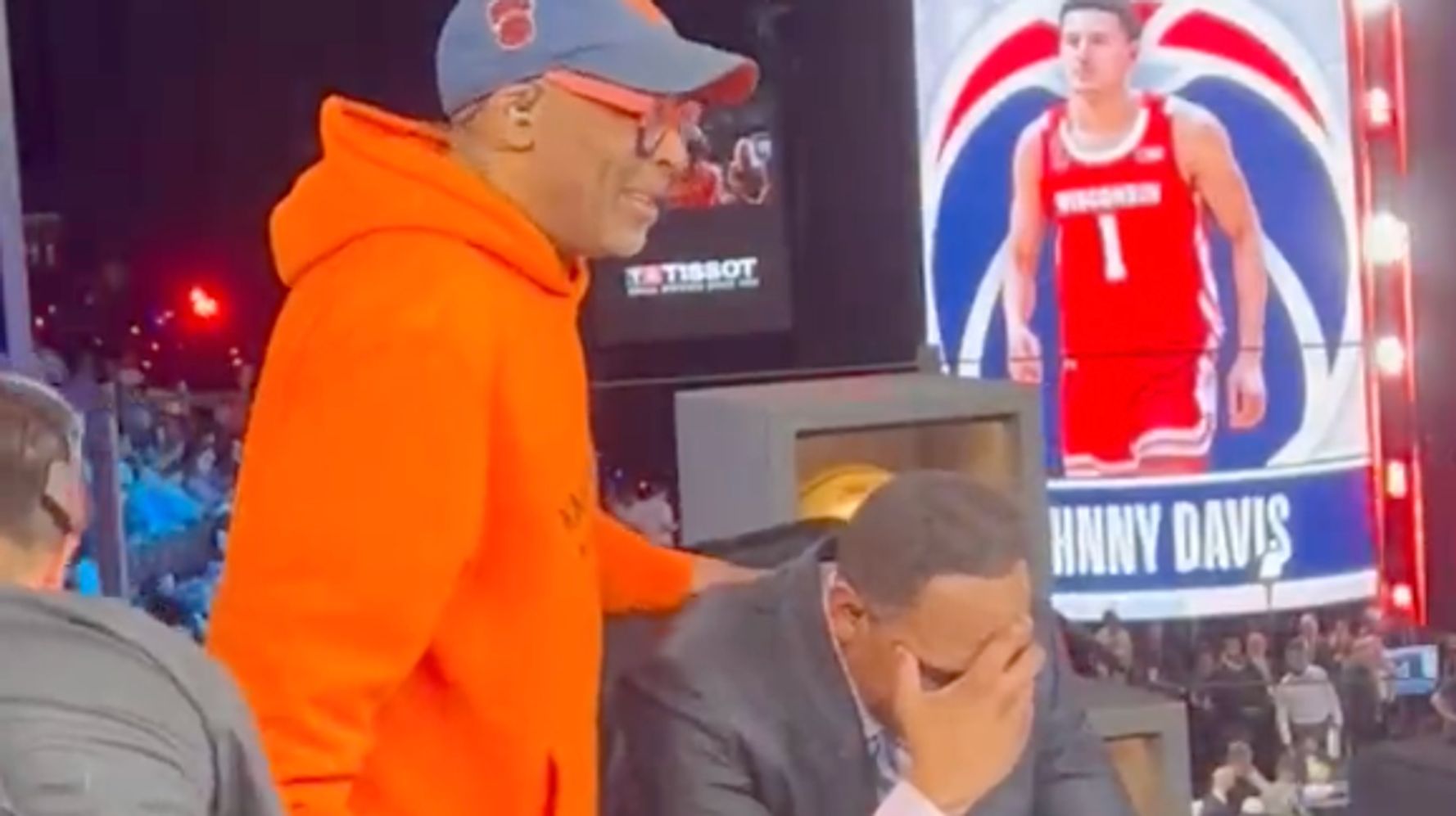 Director Spike Lee consoled ESPN star and fellow Knicks fan Stephen A. Smith on Thursday in a viral moment at the NBA Draft in Brooklyn. (Watch the videos below.)

Smith was undone by the New York team’s flurry of moves. The Knicks briefly acquired a player Smith liked ― only to deal him away as well.

The “Do The Right Thing” filmmaker did the right thing by patting the inconsolable “First Take” host on the back as he buried his face in his hand.

It made for good theater.

In another video, Smith expressed pre-draft skepticism and bemoaned the Knicks’ sorry history.

The Oscar winner and the sports network commentator even prayed together.

Their prayers were not answered.

Smith railed against past draft night disappointments ― and this one. “It happened again!” he wrote in a Tweet with three mad-face emojis.

“Somebody help us!” Lee shouted in the clip.

The Knicks also earned poor marks for their machinations in some publications.

With Just 3 Words, A Boy At School Changed Everything I Thought I Knew About Myself
Angela Means, Who Played Felicia In ‘Friday,’ Says In Emotional Interview That People Call Her A ‘Dirty B***h’
Texas Sheriff’s Officer Who Killed Roderick Brooks Had History Of Suspensions, Discipline
Brother Of Aqib Talib Wanted In Fatal Shooting Of Youth Football Coach In Dallas
Kathy Hilton Mistook Lizzo For The Fictional Character ‘Precious’