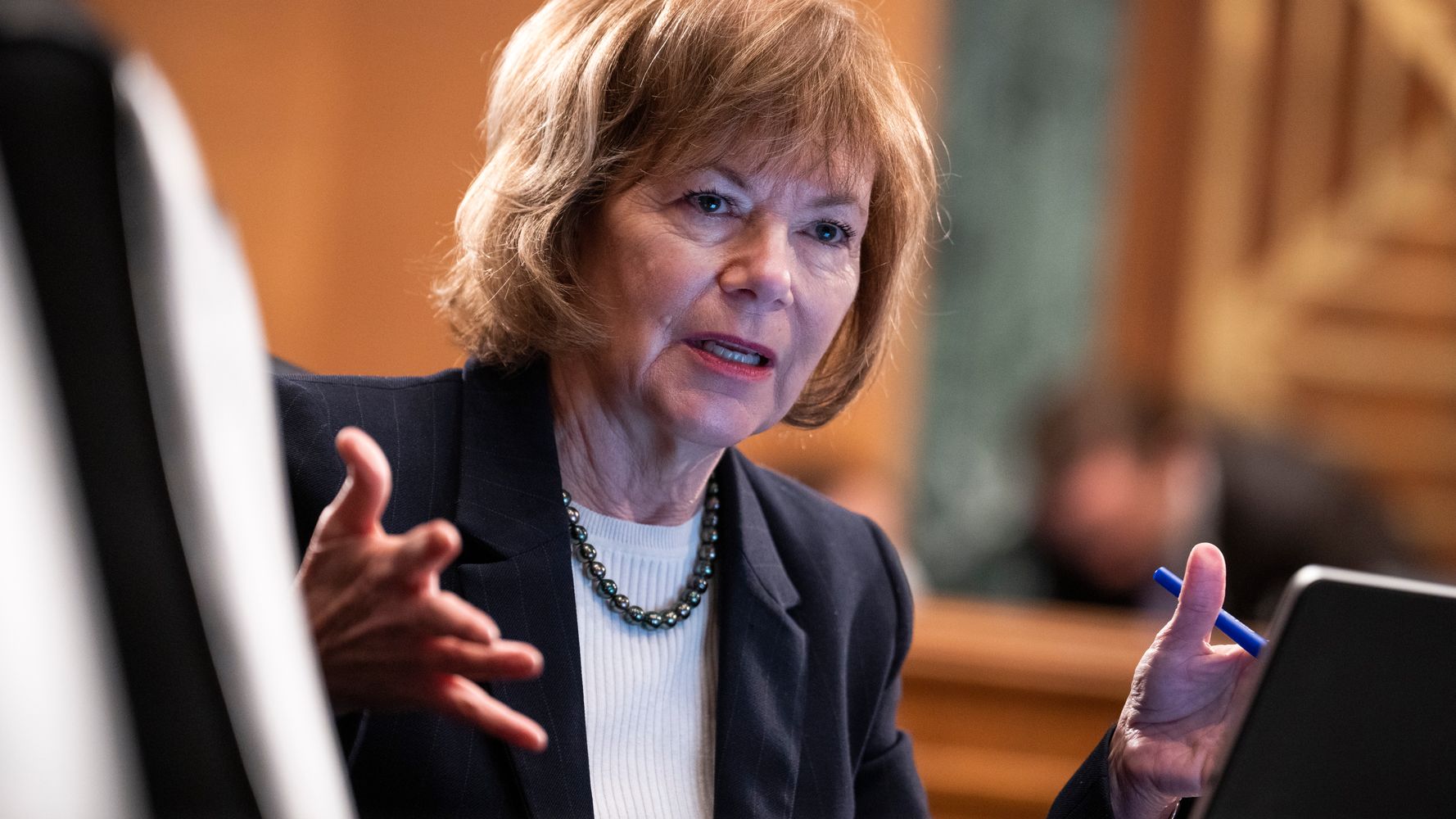 With a war on abortion drugs looming, one pro-choice lawmaker is preemptively working to protect the medication ahead of the likely fall of Roe v. Wade this month.

Sen. Tina Smith (D-Minn.) on Thursday introduced the Protecting Access to Medication Abortion Act, which seeks to codify current Food and Drug Administration guidelines around abortion drugs in states that will continue to provide abortion care in a post-Roe world. The bill would ensure that people could still order pills for medication abortion through telehealth and mail-order pharmacies in these states.

“As we stand on the precipice of this partisan Supreme Court preparing to overturn Roe, one of the things we have to do is protect access to abortion care in states where it will still be legal,” Smith told HuffPost. “With that in mind, I’m introducing this bill which would just put into law current FDA rules and guidelines for medication abortion. This is safe and effective medicine.”

Smith’s bill comes days ahead of a Supreme Court decision that is expected to dismantle Roe v. Wade, the 1973 ruling that afforded federal protections to abortion. The case, Dobbs v. Jackson Women’s Health Organization, centers on a Mississippi 15-week abortion ban which will likely move the gestational limit from 24 to 15 weeks, or overturn Roe altogether.

Medication abortion is a combination of two drugs — mifepristone and misoprostol — first approved by the FDA in 2000 for miscarriage and abortion care before the 10-week point. It’s also the most common abortion method in the country, accounting for about 60% of all abortions in the U.S. When used together, mifepristone and misoprostol are more than 95% effective and safer than Tylenol, but they are highly regulated.

During the pandemic, the FDA temporarily lifted an in-person dispensing requirement in order to help curb the spread of COVID-19 by limiting face-to-face interactions, which allowed abortion providers to prescribe medication abortion via telehealth. This means that in states that like California, New York and Colorado, online pharmacies can virtually prescribe abortion pills to patients and send medication by mail for people to take in the comfort of their homes. The temporary lifting of restrictions was so successful that the FDA permanently rescinded the in-person dispensing requirement, allowing online pharmacies to permanently continue prescribing abortion pills via telehealth.

But as access to abortion pills grows, anti-choice lawmakers and other abortion opponents are taking note — and are quietly working to restrict access to the medication. Already, 19 states have banned prescribing medication abortion via mail or by virtual telehealth visits, and more than 100 measures have been introduced in red states across the country specifically attacking access to medication abortion.

“Given the attacks by Republicans on abortion generally, and then medication abortion specifically, this feels like a very important thing to be protecting right now,” said Smith, adding that a main goal is to counteract much of the anti-choice misinformation about medication abortion.

Many Republicans have continued to spread rhetoric that abortion pills are harmful. They use the term “chemical abortion,” suggesting that the process increases birth defects and increasing stigma around what medical experts confirm is a very safe and effective abortion method.

“In states where abortion will still be legal, there are state legislatures that are imposing all sorts of restrictions that go against the facts and the science,” Smith said. “We want to be able to also counteract that misinformation broadly and say to people, ‘This is a common way of receiving abortion care.’”

It’s not likely that the Protection Access to Medication Abortion Act will pass in the Senate, given lawmakers’ recent rejection of the Women’s Health Protection Act that would have codified Roe. The most recent vote on WHPA came after a leaked Supreme Court decision that showed the court was poised to overturn Roe; before that, WHPA failed in the Senate by filibuster in February.

Smith was realistic when asked about the bill’s ability to pass in the Senate.

“The reality is what the reality is right now. We don’t have 60 votes in the United States Senate to advance legislation to protect abortion rights and fundamental freedom,” she said.

“But that doesn’t mean it isn’t important to introduce legislation, to talk about what the need is and to use that as a way of communicating broadly about what’s going on in this country. And also to mobilize support and ultimately to get those bills passed when we have the votes to pass them.”

Here’s What You Should Know About Medication Abortion

The Fall Of Roe Will Hurt Abortion Access In Blue States, Too
A Lot Of Far-Right Candidates Got Walloped In This Week’s GOP Primaries
James Pickens Jr. (1954- )
Marlin Briscoe, 1st Black Starting QB In AFL, Dead At 76
Why High-Profile Convictions Are So Traumatizing For Victims Of Sexual Abuse