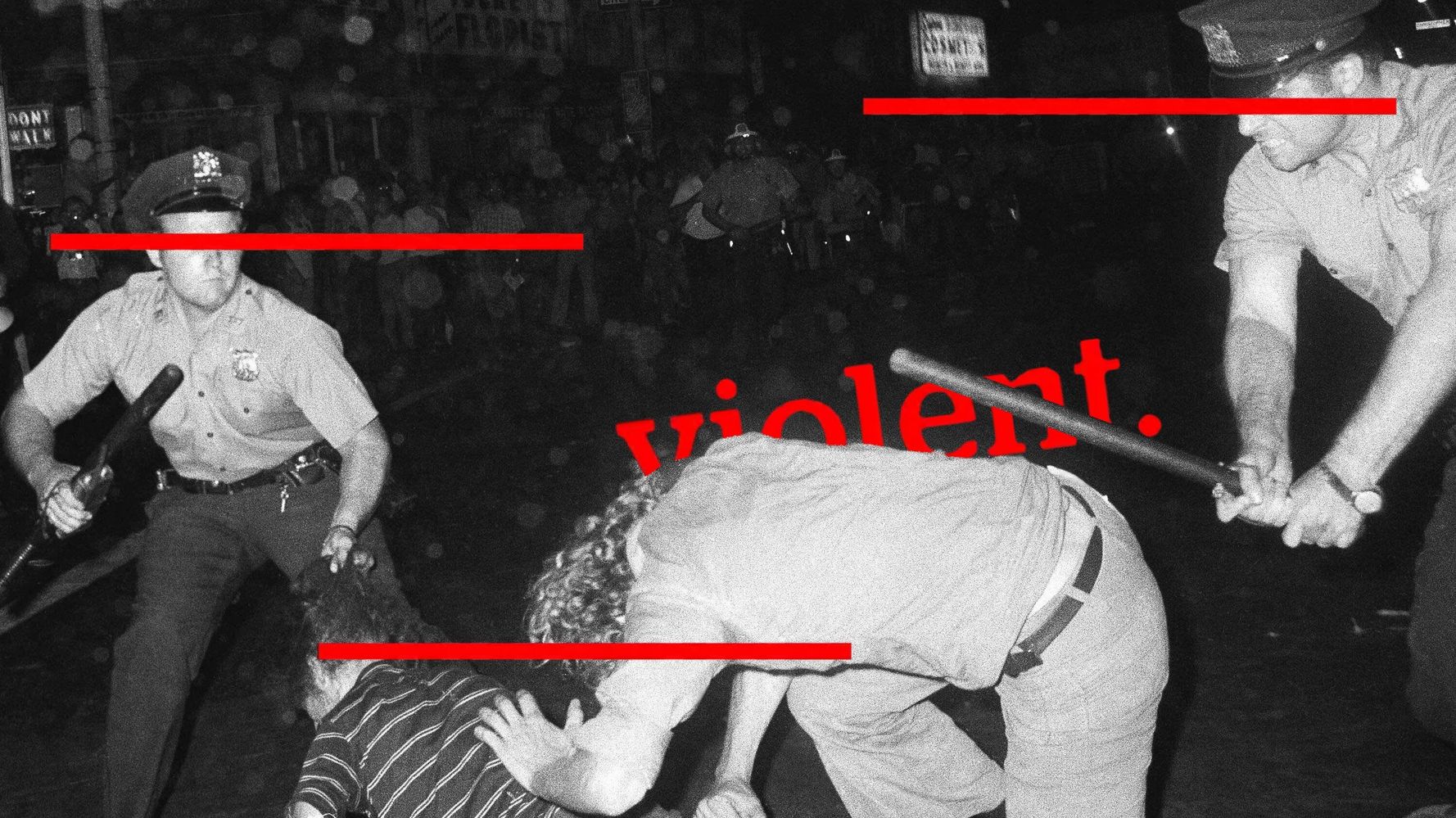 Shortly before the beginning of Pride month, the mayor of San Francisco ― a city whose metropolitan area has the country’s highest percentage of adults who identify as lesbian, gay, bisexual or transgender ― announced that she would not march in the city’s annual Pride Parade due to organizers banning uniformed police officers from marching.

“One of the central planks of the movement for better policing is a demand that the people who serve in uniform better represent the communities they are policing,” Mayor London Breed said. “We can’t say, ‘We want more Black officers,’ or ‘We want more LGBTQ officers,’ and then treat those officers with disrespect when they actually step up and serve.”

Breed isn’t alone here. Any number of Democratic politicians have employed this disingenuous argument when trying to justify a feckless fealty to law enforcement for their own political expediency.

As mayor of a city like San Francisco, I doubt Breed is unaware of the fraught relationship the LGBTQ community has always had with law enforcement. The country’s first Pride marches were organized to commemorate the one-year anniversary of a police raid at the Stonewall Inn, a New York City gay bar ― an event remembered today as the 1969 Stonewall Uprising. Pride may garner headlines now from companies like Postmates creating bottom-friendly menus, but it can never be divorced from its origin story of trans women fighting back against police harassment.

The group that hosts the city’s march, San Francisco Pride, initially imposed restrictions on uniformed police officers in 2020, following the nationwide protests in response to the murder of George Floyd. A nation saw a Black man tortured and killed, and millions took to the streets to demand our leaders do something about racist law enforcement practices and the broken criminal justice system. Two years later, all that’s been done is an executive order signed after congressional failure to answer a social justice movement.

Nothing has fundamentally changed, which is why Pride organizers reinstated the ban, given the safety concerns of marginalized groups within the LGBTQ community. You know ― the Black people who make up a significant portion of the population, no matter what mass media tries to tell the public.

It’s not like cops were outright forbidden from Pride events. Officers were encouraged to participate, but urged to wear department T-shirts instead of uniforms. Organizers in Toronto, Vancouver, New York City and Denver also tried to establish boundaries regarding police participation.

Breed, like many Democratic politicians who foolishly abandon nuance whenever criticism of the police comes up, is taking a stand for one of the most powerful political forces in America by publicly dissing their most vulnerable counterparts.

Worse, she makes the cops and herself sound like the victims. She is playing in people’s faces with this type of argument in this climate. Breed is hardly the first ambitious politician to do this, but it feels all the more insulting coming from a Black person.

LGBTQ people are nearly four times as likely to experience violent victimization, including rape, sexual assault, and aggravated or simple assault, according to research. LGBTQ people are more likely to be violently victimized both by strangers and by people well known to them. As recently evidenced by the arrest of 31 men tied to a white supremacist group in Idaho that allegedly sought to stage a riot at a local Pride event, the anti-LGBTQ violence that flourished during the Trump administration continues to soar.

Much of that has to do with Republicans attacking the LGBTQ community with vilifying rhetoric and targeted legislation.

As recently as 2003, LGBTQ people in the U.S. could be jailed simply for acting on their identities, due to sodomy laws and laws regulating gender presentation. These are the kind of laws Republicans want to bring back. I imagine the same goes for the past police practice of infiltrating and attacking LGBTQ community spaces and businesses.

Unfortunately, the community can’t always count on the police to protect us. If anything, we can count on them to engage in their own violent actions, rooted in bias, under the pretense of enforcing the law.

In spite of advancements in LGBTQ rights, police discrimination against the community has continued through the years, according to the American Bar Association. Per the Innocence Project, this discrimination has led to arrests “based on biased beliefs, influenced investigations, and contributed to the harassment and sexual assault of LGBTQ people by law enforcement officers.”

During the demonstrations against police brutality in 2020, activists saw evidence of targeted police violence against queer spaces in states like North Carolina and New York.

Transgender people are especially at risk of being killed by police and correctional staff. According to the Anti-Violence Project, trans people are almost four times more likely to experience police violence than cisgender people.

Unsurprisingly, the burden is even heavier for Black LGBTQ people. In a Center for American Progress survey conducted in 2020, 33% of Black LGBTQ individuals said they’d experienced discrimination within the past year, and that it had a significant effect on their lives and everyday experiences. Many said they’d changed their behavior to avoid potential harm ― including refraining from travel and keeping away from public spaces such as restaurants and stores.

A cop in uniform is a justifiably terrifying sight for many, regardless of whether the cop is Black, LGBTQ or both. The presence of police can be perceived as menacing because they have functioned, and still function, as a menacing force against the community. Heaven forbid organizers ask them to toss on a T-shirt and let the rainbow clique enjoy their Pride parade free from fear of pepper spray, rubber bullets, tackling, or public execution.

London Breed should get over herself and attend the event ― even if she finds herself booed like Mr. NYPD himself, New York Mayor Eric Adams, who was recently jeered at a Brooklyn Pride parade, presumably over his appointments of ministers with histories of homophobic remarks. Adams’ choices, much like Breed’s or those of Chicago Mayor Lori Lightfoot (who recently trampled on the notion of presumption of innocence), illustrate the limits of representation when the different faces of power perpetuate the status quo.

If Breed is truly an ally to the LGBTQ community, she will change her mind and attend the parade set to take place on June 26. Should she stick to her position, may she never be let off the hook for being so petty about an event where a targeted community asked a collectively unfriendly group to adhere to a less terrifying dress code.