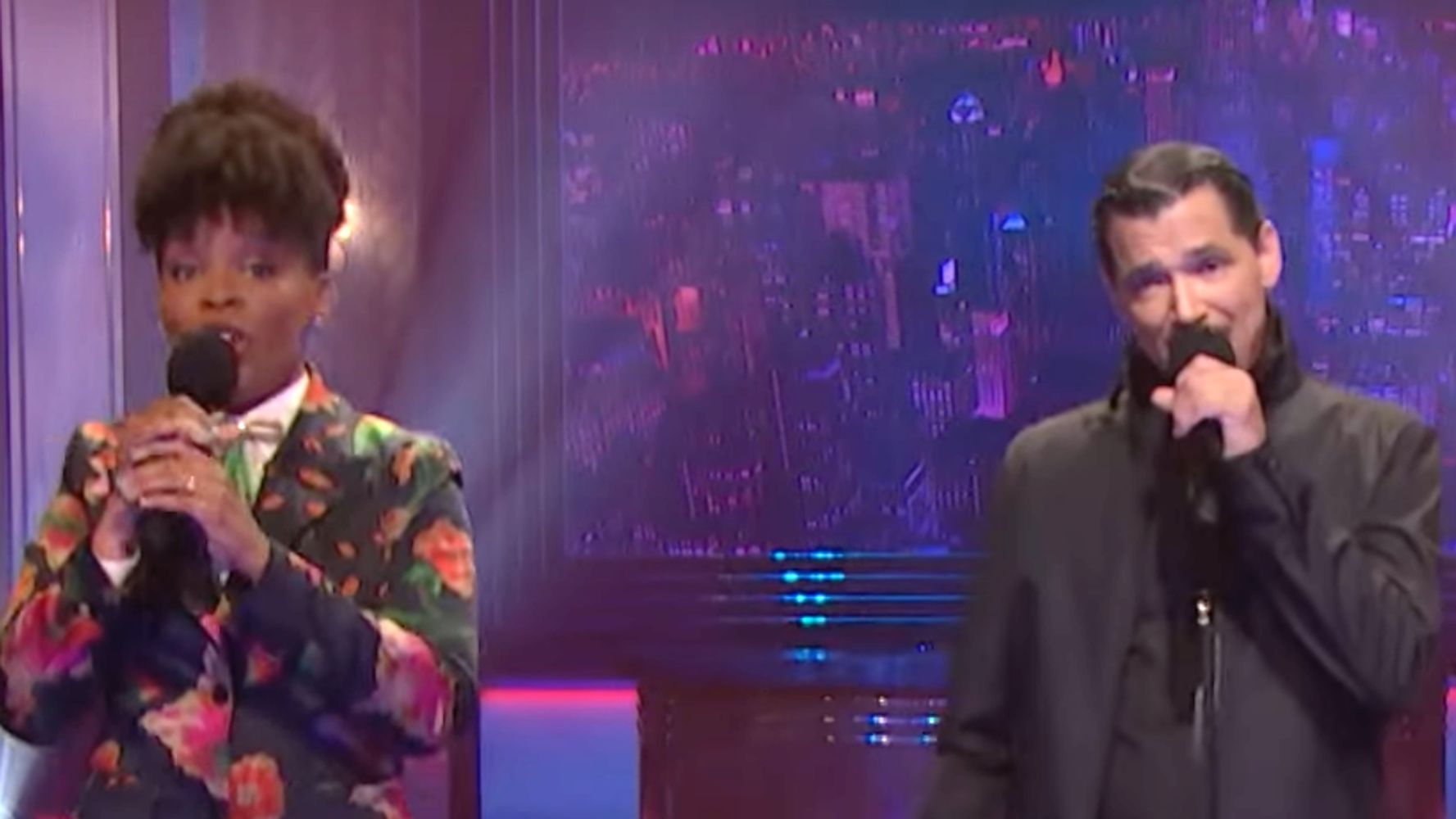 The Jan. 6 Capitol riot was a sad note to U.S. history, but talk show host Amber Ruffin has managed to turn the trials of the seditionists into beautiful music.

On Friday’s “The Amber Ruffin Show” on Peacock, Ruffin and sidekick Tarik Davis performed a sexy soul jam dedicated to punishments being meted out to the people who tried to overturn Donald Trump’s election defeat.

They titled it “White Supremacists Facing Consequences Fills Me With Joy.” (“Hahahahahaha! I ONLY do long titles!” Ruffin told HuffPost.)

After a chorus that repeats “Your sadness fills me with joy” to hilarious effect, Ruffin and Davis up the ante by bringing in ’80s soul legend (and Ruffin’s favorite artist) El DeBarge to boost the seditionist soul ballad into high gear:

You can see the video below. But a warning: This is the first anti-insurrectionist song that may make you want to slow dance with your special someone.