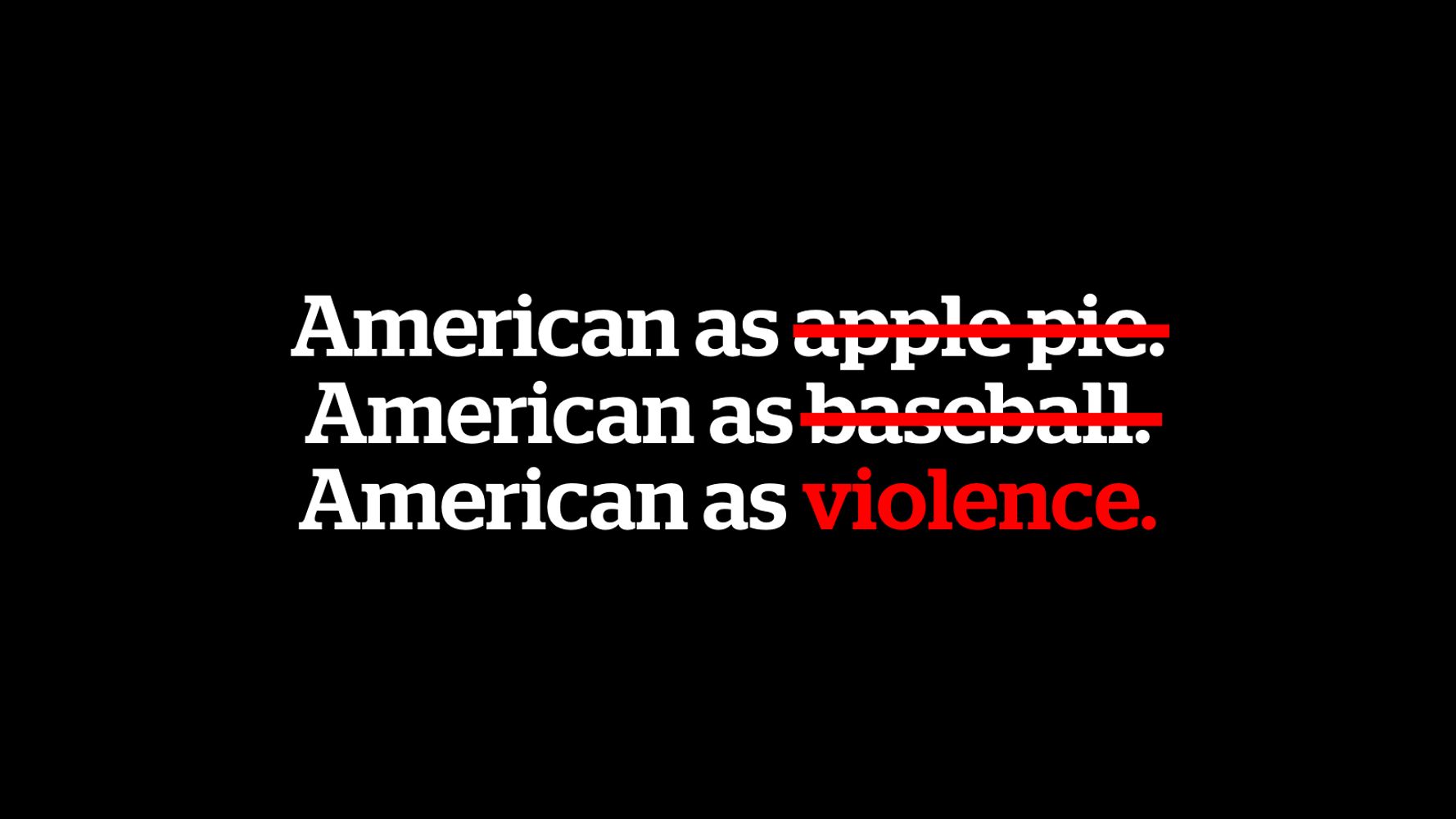 For a second, forget the blood.

Forget the decomposed corpses of the Indigenous natives that still fertilize Turtle Island’s amber waves of grain. Unremember the stacks of African bodies that suffocated in feces before the transport vehicles vomited them into the sea. Do not think of the bloodiest war in the history of the North American continent fought to preserve constitutional, color-based human trafficking. The racial terrorism of Reconstruction, the Yellow Peril, the Red Summer, the Black Panthers, Greenwood, Orangeburg, the Ghost Dancers, MOVE headquarters, Standing Rock, Sitting Bull, the Freedom Riders, four little girls in Birmingham, the Jena Six, or the Charleston Nine ― they are all immaterial to this particular conversation.

If we are going to talk about America’s rich tradition of violence, we should start at the beginning. We shall start with Jane.

Contrary to popular belief, the English expansion into the so-called “New World” was not an experiment in democracy, liberty or religious freedom. The first settlers who landed in what we now call Jamestown were part of the Virginia Company of London. Though their aim was ostensibly to bring “the infidels and savages, living in those parts, to human civility, and to a settled and quiet government,” the wealthy investors’ only real goal was to make a profit off their newly stolen land.

There was just one problem: They didn’t know things.

They didn’t know how to grow their own food, survive in a foreign land or even avoid fecally contaminated drinking water. The first settlers were so inept, they were flabbergasted when they didn’t find jewels growing on trees and gold washing up on the shore (yes, they actually believed that). Hungry and incompetent, the colonizers depended on the charity of the Indigenous people of the Wahunsenacawh nation for food and provisions. When the natives finally grew tired of the Jamestonians begging for government handouts, the British invaders simply murdered the Wahunsenacawh.

Of course, this genocide didn’t help the settlers’ food situation, so while waiting for the pre-colonial version of DoorDash, the British survived the “starving time” by eating horses, dogs and rats, and drinking blood. Eventually, like many churchgoers, they turned to their neighbors. According to researchers, the residents of the first English settlement in the New World resorted to cannibalism. Using a cleaver, they sliced open the head of a 14-year-old Jamestonian ― whom researchers would later call “Jane” ― and ate her brains.

The Oxford English Dictionary, the most authoritative source on the English language, defines violence as “the exercise of physical force so as to inflict injury on, or cause damage to, persons or property.” It also defines violence as conduct “tending to cause bodily injury or forcibly interfering with personal freedom.” But in America, violence is relative.

Most people would consider a government that spends more money on its military than on its health care and education as lacking in “human civility.” But in a nation where there are more guns than gun owners, inflicting harm on others a birthright. In America, health care is not considered part of the “national defense.” In America, “welfare” is a bad word. In this land, violence is entrenched in our national ethos, enshrined in the history, the laws and the very Constitution of this country.

That’s not to say the word has no meaning in these disunited states. While condemning Black neighborhoods to underfunded schools, toxic drinking water and overpolicing does not conform to the Americanized definition of violence, we’ve learned that anyone who believes that Black Lives Matter is automatically considered a “savage.” Robbing a bank is violent; the racism embedded in the entirety of the financial industry is not “savage.” Black drug dealers are “violent offenders”; the creators of the war on drugs are not. Capital punishment sentences are overwhelmingly reserved for Black and poor criminals. The wealthiest nation in the world sentencing millions of its citizens to a life of poverty is “capitalism,” not violence.

Over the next few weeks, HuffPost will examine the past, present and future of America’s tradition of violence. Lawrence Ware will write about the silent violence of the South and the psycho-emotional damages that still linger today. Former teacher Morgan Stewart will explore the absurdity of normalizing school shootings as if they’re natural disasters. Treva Lindsey will look at the unlivable living violence that Black girls and women face beyond the spectacular. Michael Arceneaux will explain how the overpolicing of the LGBTQ community continues to cause harm.

The point of this series is not to redefine words. Instead, we will focus on the actual facts, and the damages caused by this “settled and quiet government” ― because if we, the people of the United States of America, are truly intent on becoming a more perfect union, there are some things we should all believe.

Regardless of race, religion or social status, it should be self-evident to each of us that all people are created equal. We should believe that we are endowed by our creator with certain unalienable rights, including life, liberty and the pursuit of happiness. And whenever any form of government becomes destructive of these ends, we should believe we have the right to alter or abolish it and replace it with the ideas most likely to effect our safety and happiness.

We must not let our country cannibalize its citizens, nor can we ever become complacent about the variety of violences inflicted upon our fellow Americans.

Do not, for a second, forget the blood.

Miss HBCU Teen Pageant Heightens Representation For Emerging HBCU Students
Reminder: You Don’t Have To Watch The Brutal Video Showing Tyre Nichols’ Beating That Led To His Death
Biden Administration Seeking To Change Census Rules To Identify Latino/Hispanic As A Race Instead Of Ethnicity, Which May Prove Problematic
An 8-Year-Old Michigan Girl Saved Her Great-Grandmother After She Got Stuck Under A Car
Testimony in R. Kelly Trial Set to Resume Thursday