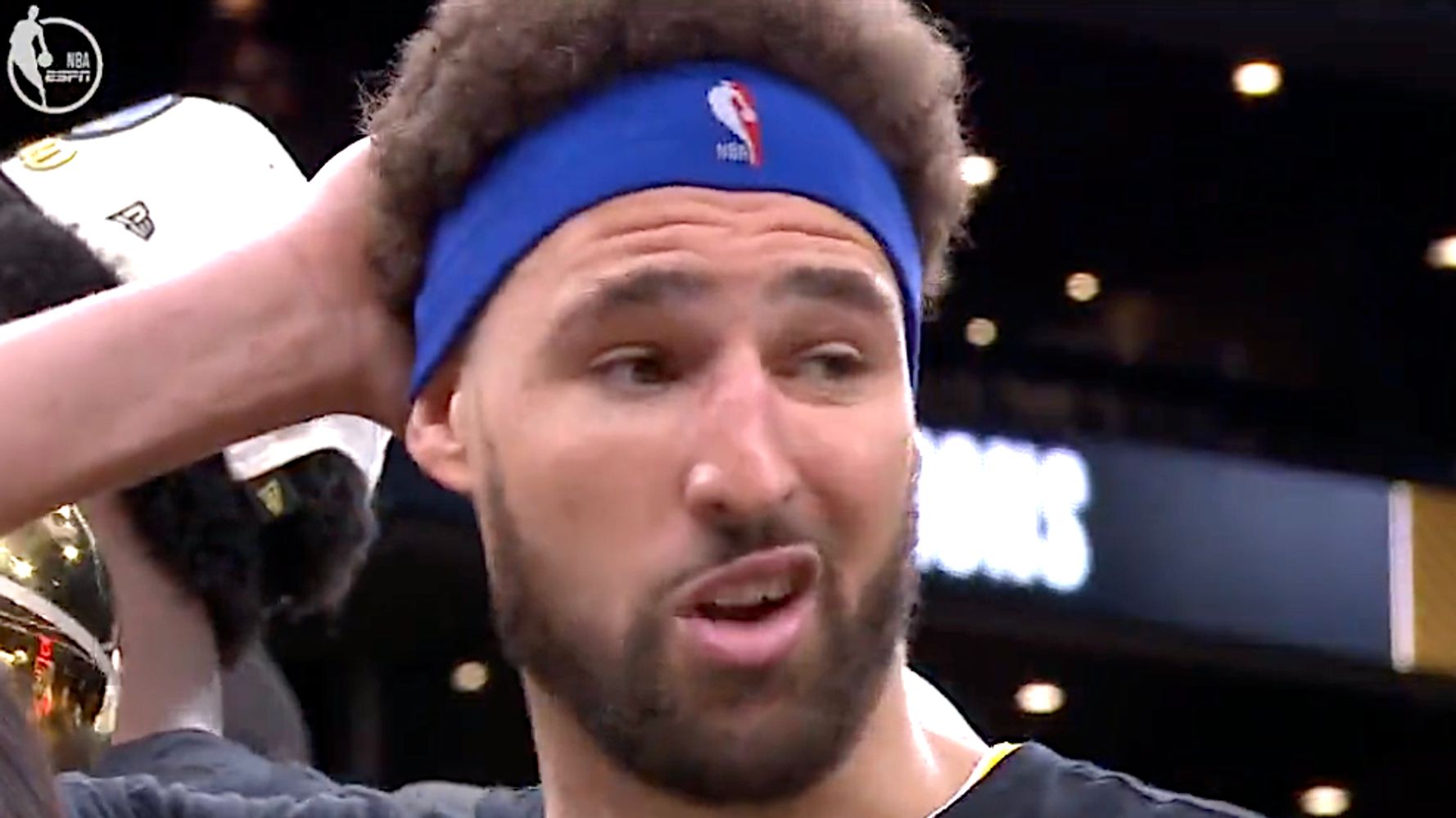 Klay Thompson’s reaction to his Golden State Warriors winning the NBA championship Thursday was sweet, delicious and an exclamation from way back in the day.

“Holy cannoli,” the guard said after the Warriors beat the Boston Celtics in Game 6 of the NBA Finals to clinch the team’s fourth title in eight years.

“There was a lot of tears shed. … I knew it was a possibility. But to see it in real time, holy cannoli.” pic.twitter.com/nYWKmEtsEz

Thompson, who overcame a torn ACL and Achilles tendon to get to this moment, had an off-shooting night in scoring 12 points. But he averaged 17 points for the series.

And he scored major points for his old-timey reaction.

Someone is gonna make some money on some holy cannoli shirts in the Bay Area.

The cannoli have healing properties https://t.co/euhkDXdV9V

That was hilarious. @KlayThompson knows a guy about a thing