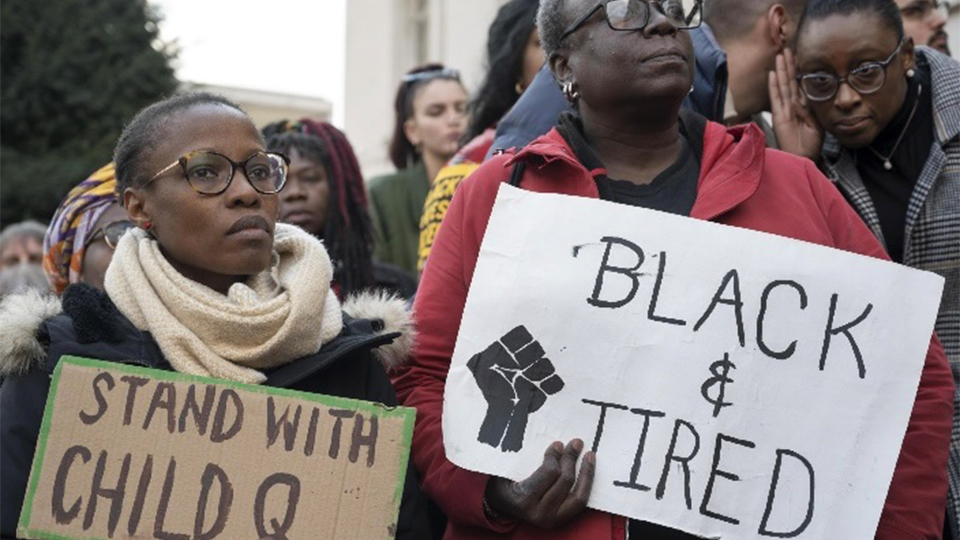 Four Metropolitan Police officers are finally facing a gross misconduct investigation over the strip-search of a 15-year-old black schoolgirl who was menstruating.

The police watchdog confirmed that the group, all ranked constable, were being investigated over potential breaches of police standards at the most serious level. If gross misconduct is proven, they could face the sack. The secondary school pupil, known as Child Q to protect her identity, was searched without another adult present when she was wrongly suspected of carrying cannabis. The Met has apologised and said that the incident, at a school in east London, should never have happened. But too many in the community the words ring hollow after so many incidents.

A safeguarding report found that the search was unjustified and that racism was “likely to have been an influencing factor”. Child Q had been performing well academically but since the 2020 strip-search incident has become a “timid recluse” who self-harms and needs therapy, the report said.

The Independent Office for Police Conduct said yesterday: “Four constables have now been advised that they are being investigated for potential breaches of the police standards of professional behaviour at the level of gross misconduct, which does not necessarily mean disciplinary proceedings will follow.”

The IOPC began an investigation after a voluntary referral by the Met last year. The watchdog is examining whether legislation, policies and procedures were followed. It is also looking at complaints that Child Q’s mother was not given the chance to be present and that there was no other appropriate adult present. The IOPC is also considering whether the child’s ethnicity played a part in the decision to strip-search her.

Questions about how the school allowed this to occur knowing full well the age of the student and that she required a legal guardian to protect her rights have yet to be answered. We will be watching the outcomes closely.