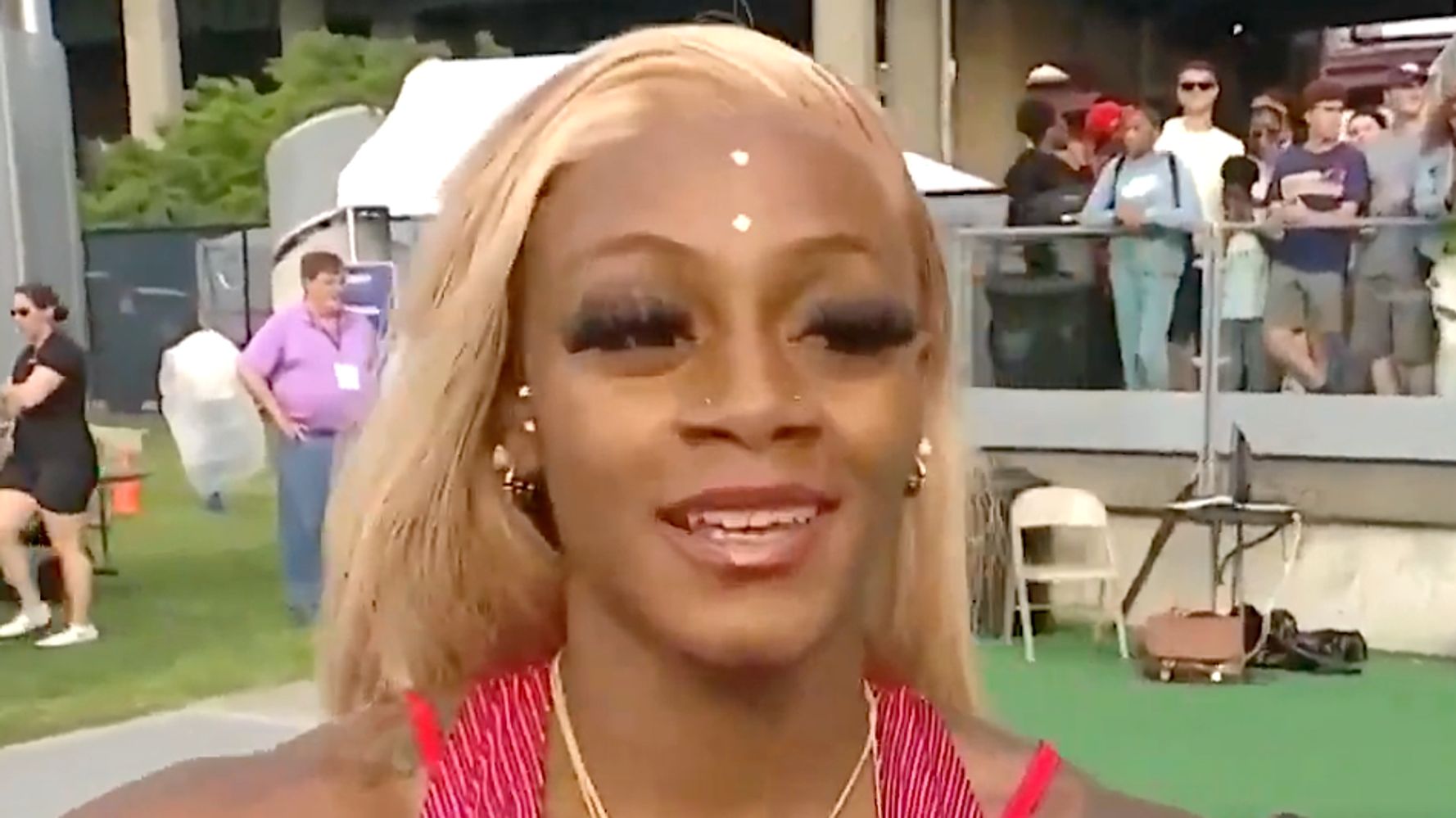 Sha’Carri Richardson was fast and fashion-forward in the NYC Grand Prix track meet on Sunday. (Watch the video below.)

The U.S. sprinter, who was left off the Olympic team last summer after testing positive for marijuana use, blazed down the home straight at Icahn Stadium to win the 200 meters in fishnets.

She won with a time of 22.38 seconds, after finishing second in the 100 meters earlier in the day with a time of 10.85 seconds. Richardson celebrated her victory and sizzling style in a Nike track suit with fishnets casing her arms and legs.

“I really just wanted people to know that you can be yourself,” she told NBC when asked about the look. “That means you wanna be sexy, you wanna be cute, you wanna express yourself in ways that nobody has before? Don’t let that stop you.”

Richardson’s bold choice brought to mind the late Florence Griffith Joyner, the 1988 Olympic 100 and 200 gold medalist who still holds the world records in those events. FloJo also trailblazed in what she wore. She is remembered by many for a one-legged outfit that Serena Williams emulated at the 2021 Australian Open.

Richardson is expected to compete at the USATF Outdoor Championships beginning June 23 in Eugene, Oregon.