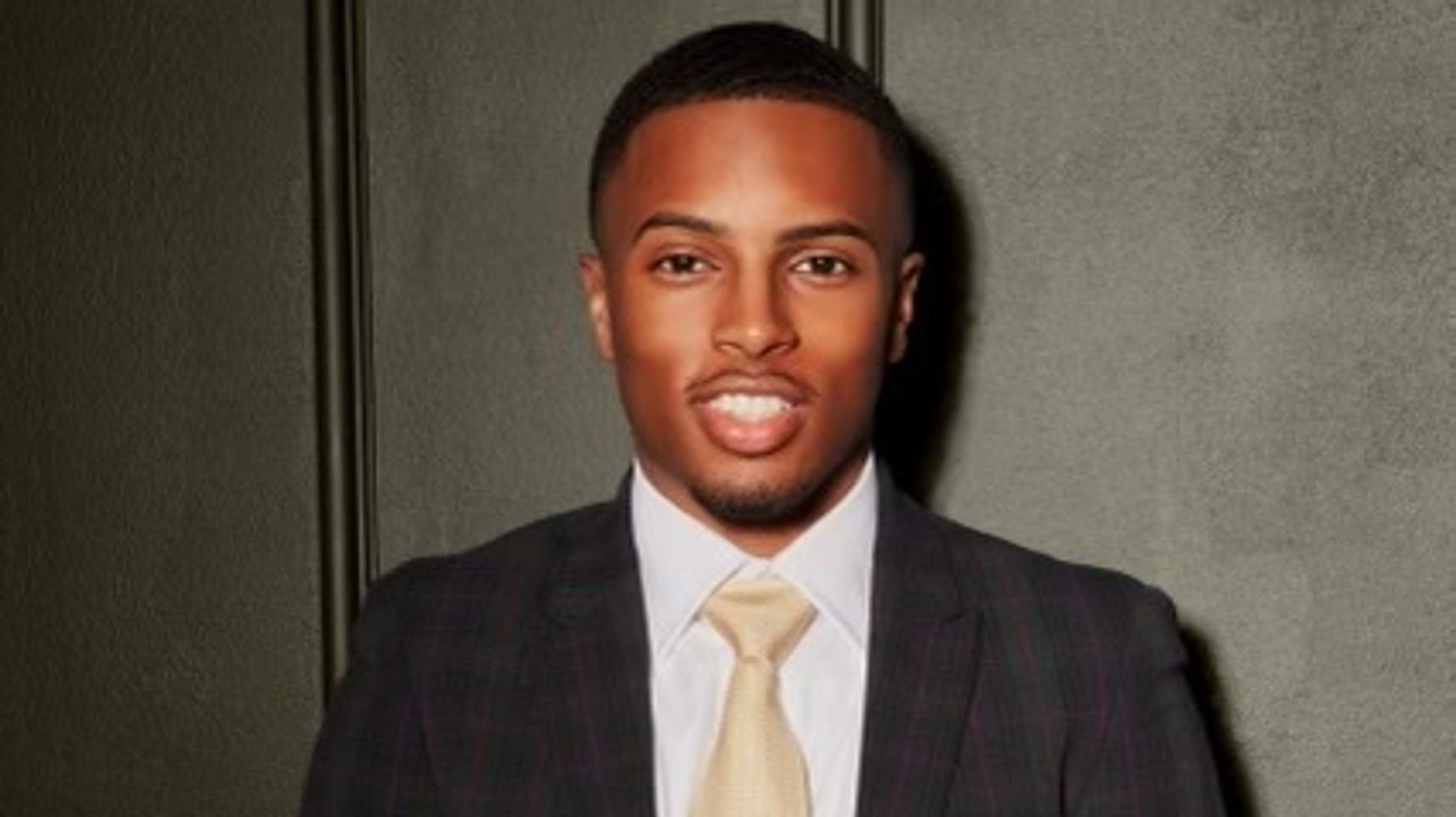 Oh, don’t let his class fool you. DeAndre Brown loves a good hood jam ― and reminding corporations what he will and won’t do.

The 22-year-old viral TikTok sensation has become quite the star on the platform for his comedic videos laying down his workplace boundaries and calling out the differences between how Gen Z and older generations approach work culture. And we all could learn a little from him while having a few laughs.

In one of his more recent sketches, he puts in his “two minutes notice” to his boss when quitting his job because he no longer feels valued. When his fictional boss, Jack, tells him it has to be two weeks, Brown pushes back.

“When you all fire people, do you give them two weeks?” he quips, telling his boss that he should “be happy that I’m giving you two minutes.”

It’s brash. But it’s hilarious. The approach in his TikToks are exaggerated for comedic purposes, but Brown’s commentary of how Gen Z, born between 1997 and 2012, prioritizes self over work is on point. Reports from companies including RippleMatch and Deloitte suggest that Gen Z’s coming of age during a global pandemic reinforced their need for flexibility in the workplace and the option for remote work.

“There’s so much more to life besides just my job,” Brown said. “I really am a person that values my personal time and spending time with myself, et cetera. And sometimes jobs, they’ll throw a lot at you. And the more you do, the more they see that they can get away with, the more they’ll continue to push and push it. That wasn’t going to be my story.”

Brown, who graduated from Morehouse College with a degree in business marketing, said he was familiar with toxic corporate culture through his own experiences at internships and hearing horror stories from others. He knew that he didn’t want that to be his reality when he started working full-time at Citibank.

“I remember just being overwhelmed, distressed about certain stuff [while interning]. So that’s just how I got it firsthand,” he said. “And then going into my job, I was like, ‘I’m not allowing this.’ Because when you’re an intern, you’ll do anything because you’re trying to get that full-time position. But then I had the full-time position, I could set some boundaries, so that’s what I started doing.”

That doesn’t mean he doesn’t work hard. He’s a self-proclaimed “corporate baddie,” meaning he gives his best in the corporate world while putting himself first and showing up as his authentic self, all while serving the fashions. Another way of putting it: “You’re an elite, just that girl.”

Brown’s focus on TikTok wasn’t about setting boundaries at work, initially. When he started making videos, his purpose was to educate marginalized communities on how to secure jobs in corporate America. While doing some research about how to effectively grow on the platform, he learned that most of TikTok’s audience is also his generation. So he began creating videos poking fun at how employers have had to adapt to Gen Z’s workplace needs. That includes but isn’t limited to no calls or emails outside of work hours, identifying red flags during interviews and the option to keep the camera off during those long, dreadful Zoom meetings.

The Chicago-bred influencer has been making videos on TikTok for less than a year and has amassed more than 519,000 followers, as well as partnership deals with LinkedIn, Microsoft and Career Builder. He was also named Career Creator of the Year by AdWeek.

In a TikTok he posted on Wednesday, he announced that he quit his job at Citi. But when he put in his two weeks notice, he said he was informed that there were people working at the company who wanted him out because of his social media content surrounding Gen Z and the workforce. He said he struggled with quitting because his brand was built around being a corporate baddie.

“It let me know that corporations are very reluctant to change and it’s the same reason I’m going to fight ten times harder, to ensure that there is change so that generations that come after me do not have to put up with the same stuff I had to put up with,” he said. “It’s taught me the importance of having diversity in the workforce and I will continue to share resources so that people like me have a seat at the table.”

Prior to announcing his departure, Brown told HuffPost that when he told his grandmother that he was thinking about quitting, she asked why. He said the loyalty that older generations have to stay at one company for a long time isn’t something that appeals to him.

“Companies have shown that they aren’t loyal to their employees. You can literally just be dropped at the snap of a finger, which is why I like to put myself first. But I see from my parents and my grandparents that that’s not how they view work,” he said. “Somebody said in my videos, I’m actually doing these boundaries and stuff at work as well, of course in a different approach.”

Brown said that some folks from older generations, including his mom, tell him that they’re starting to set better boundaries at work and are putting themselves first.

He said an interviewer recently asked him if he thinks Gen Z is spoiled.

Though Brown quit his job, he still has plans on being a corporate baddie and living an “elite” lifestyle. His ultimate goal is to become a TV personality. But as his star rises, he also plans on continuing to give others guidance on advocating for themselves in the workplace, especially marginalized groups.

His advice for tapping into your own corporate baddie bag: “It’s never too early, and it’s never too late to start doing stuff. If you’re new there, do it right away. It’s OK to say, ‘This is what I will do, and this is what I won’t do.’ For people that have been working for a while, it’s also OK to say, ‘Hey, I need to start incorporating this in what I do so that I do remain happy at this job.’ Because some people just really want to be in corporate, but they’re just scared of burnout. But if you set those boundaries, you’ll be able to do your work and be happy at the same time.”

Gen Xers Get Skipped Again And Yep, That’s Exactly What They Expected Anyway