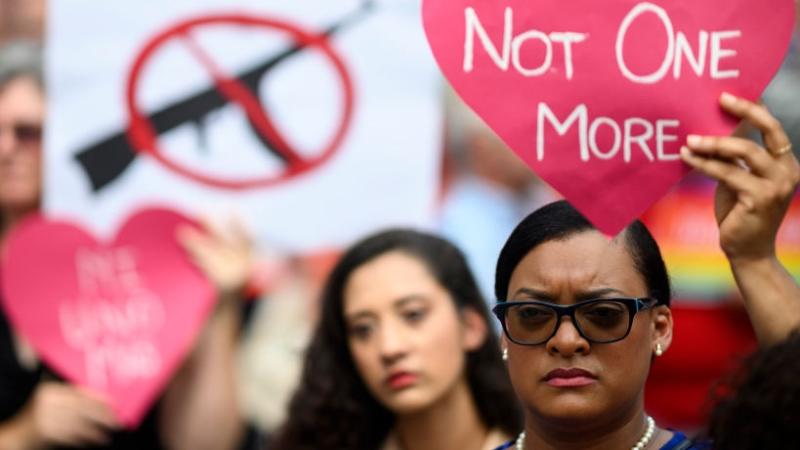 The gun violence crisis in America continued over the weekend when a series of mass shootings unfolded across several cities. The latest incidents of gun violence took place in a popular Philadelphia neighborhood, a hospital in Goldsboro, North Carolina, and a nightclub in Chattanooga, Tennessee.

In Philadelphia, three people were killed and 11 others were wounded on Saturday night when violence erupted in the city’s Queen Village neighborhood, 6 ABC reports. Police said one of the three people killed may have been involved in “a physical altercation” with another man. As those two men began firing at each other, they were both struck by gunfire, but only one of them was killed, police said.

The two other people killed, along with several others who were injured, are believed to have been innocent bystanders ranging in age from 17 to 69.

Philadelphia Police Commissioner Danielle Outlaw said officers found one person firing into a crowd of people when they rushed to the scene. The gunman fled when one officer fired several times in his direction, Outlaw said during a press conference on Sunday. Police believe the gunman may have been hit by the officer’s gunfire.

“It went on for much longer than I thought it should go on. At that point, you question ‘what is that?’ I knew it must’ve been gunshots. It must’ve been 30 shots I heard,” Philadelphia resident Frank Snyder told 6 ABC.

One of the people killed in the mass shooting is identified as 22-year-old Kris Minners, a second-grade resident advisor at Girard College, a five-day boarding school in Philadelphia for students grades 1-12. Minners was also a member of the union known as Girard College Federation of Teachers.