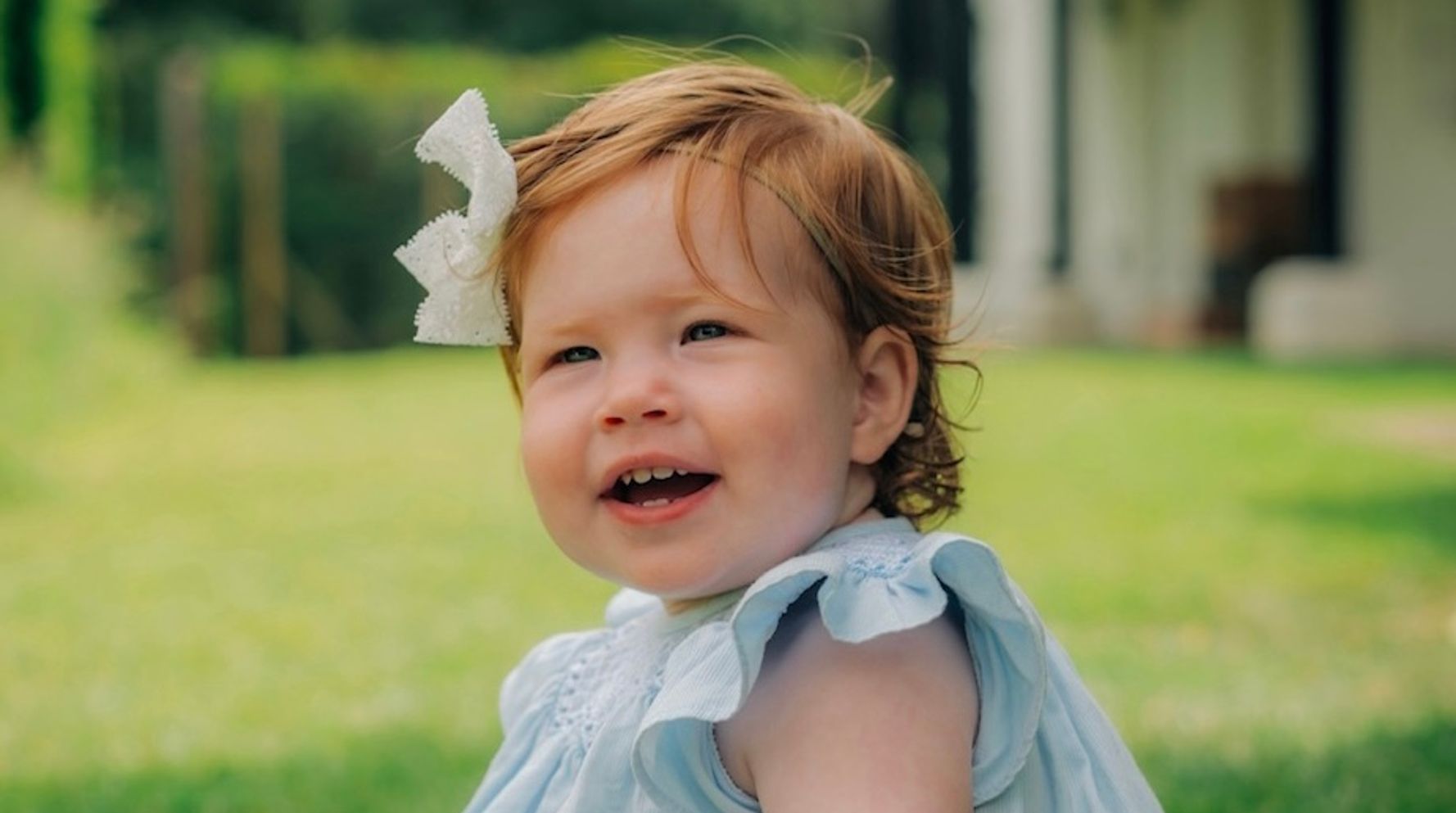 The Duke and Duchess of Sussex had a “casual, intimate backyard picnic” on Saturday at their Frogmore Cottage home for Lilibet “Lili” Diana Mountbatten-Windsor’s big day, a spokesperson for the couple told HuffPost.

In the sweet photo — shot by the family’s close friend and guest Misan Harriman — Lili smiles as she plays in the yard of her family’s home. Her blue dress and white lace bow contrast with her red hair — which she clearly inherited from her dad.

The spokesperson described Harriman’s photo of Lilibet as a “candid, spontaneous photograph that the Duke and Duchess are pleased to share today.”

Baker Claire Ptak from East London’s Violet Bakery — who also made the couple’s wedding cake in 2018 — created a special cake for Lilibet’s birthday as well.

Harry and Meghan “remain incredibly touched by the countless birthday wishes for their daughter, Lilibet Diana Mountbatten-Windsor,” the couple’s spokesperson said. They were “amazed to learn that people around the world made donations” amounting to over $100K to the World Central Kitchen (WCK) in her honor,” the spokesperson continued, adding that the couple “extended their gratitude to all who have shown support for the organization, which is especially near to their hearts.”

This is Lilibet’s first solo photo. She was featured in a family Christmas card photo in 2021.

The Duke and Duchess of Sussex welcomed their second child on June 4 at Santa Barbara Cottage Hospital in Santa Barbara, California. The couple’s son, Archie Harrison, is 3.

Lili was named after her great-grandmother, Queen Elizabeth, whose family nickname is Lilibet. The baby’s middle name is a nod to her late grandmother, Princess Diana. Lili is the queen’s 11th grandchild.

Harry and Meghan released a sweet statement after the birth of their baby, telling supporters that Lili was “more than we could have ever imagined.”

“We remain grateful for the love and prayers we’ve felt from across the globe,” the couple said in a joint statement of thanks on their Archewell website. “Thank you for your continued kindness and support during this very special time for our family.”

The Sweet Connection Between Baby Lilibet And Princess Charlotte