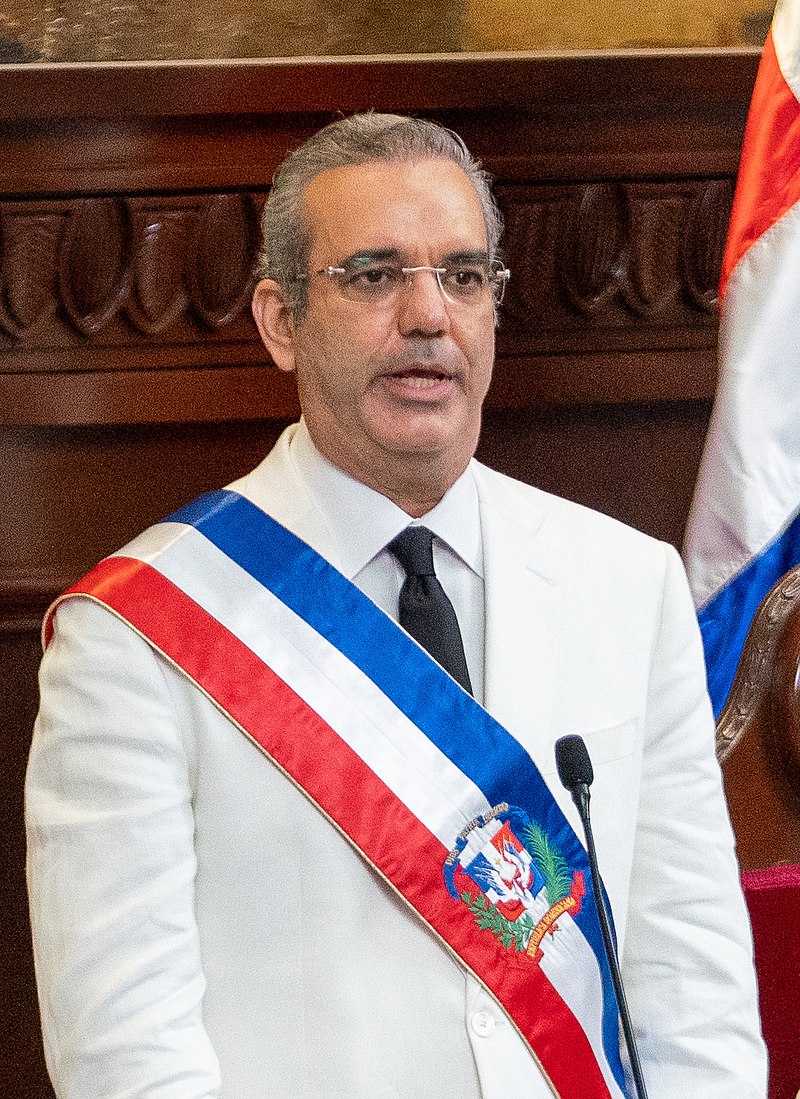 Luis Abinader, the 54th and current president of the Dominican Republic, was born in Santo Domingo on July 12, 1967. His parents were Jose Rafael Abinader Wassef and Rosa Sula Corona Caba. His grandfather emigrated from Lebanon and his mother’s ancestors were from the Canary Islands.

Abinader attended school in Santo Domingo graduating from the Colegio Loyola, a high school. He then attended the Santo Domingo Institute of Technology, graduating with a degree in economics. He did postgraduate studies in Project Management at Hult International Business School in Cambridge, Massachusetts. He also studied Corporate Finance and Financial Engineering at Harvard University and Advanced Management at Dartmouth College in New Hampshire.

Abinader is part of a family with extensive business holdings in the Dominican Republic, including hotels. He served as Executive President of the ABICOR Group, which has developed and operated important tourism projects throughout the nation. He has also served as President of the Hotel Association of Sousa and Caberete.

Abinader ran again in the 2020 presidential election. On July 5, 2020, in an election delayed two months due to COVID-19, Luis Abinader won the presidency with 52.5% of the votes cast. He is the first Dominican President to have been born after the Trujillo dictatorship; and the second of Lebanese descent. His administration intends to battle corruption and form strong economic and political ties with the United States and other conservative governments in Central and South America. He also promised to stop illegal immigration (primarily from Haiti) into the Dominican Republic. To that end, his administration began building in March 2021 a separation wall along the nation’s western border with Haiti.