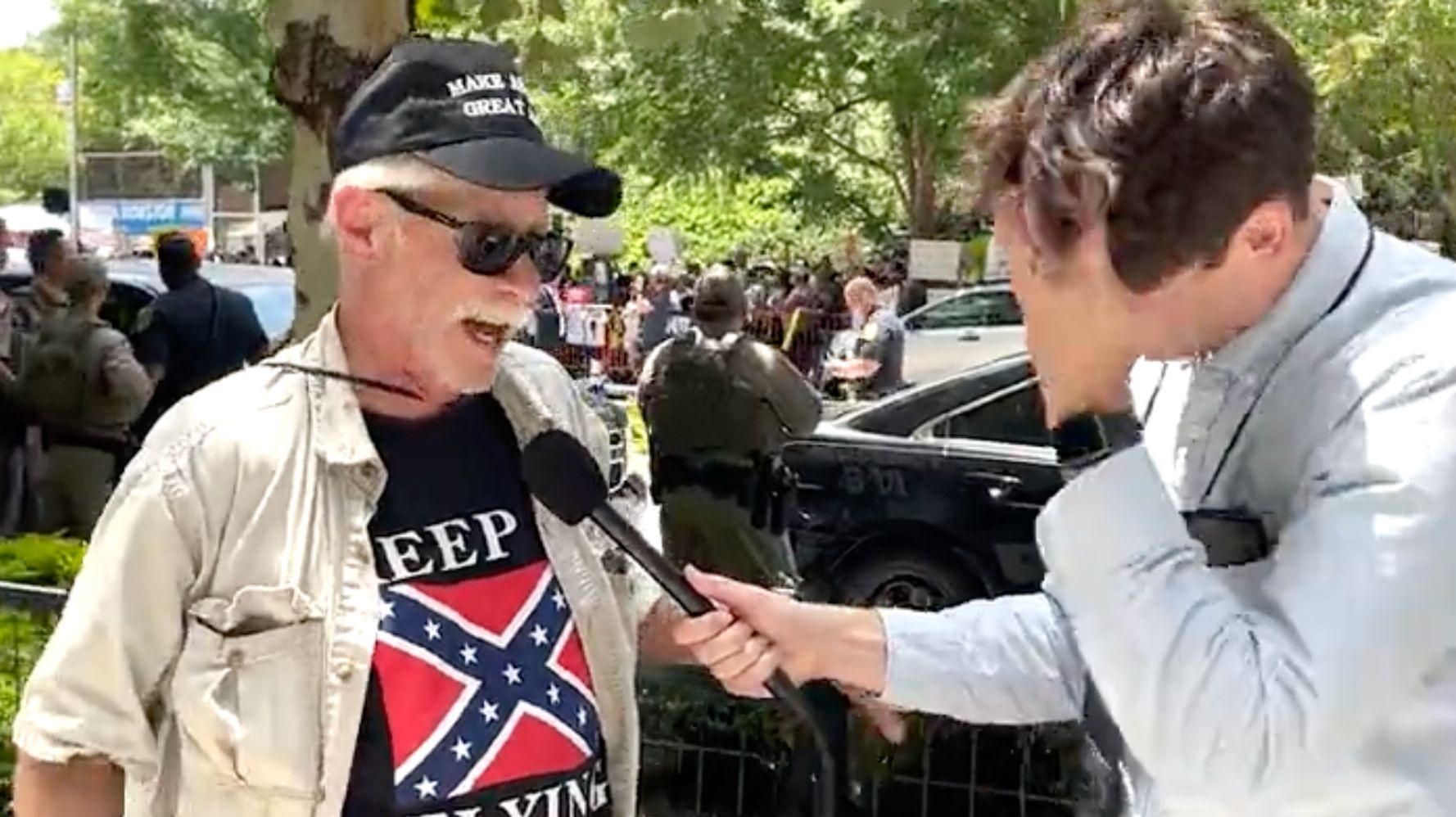 An interview that was intended to be funny quickly turned disturbing.

While there, one member of the Good Liars, Jason Selvig, was interviewing people in attendance when he approached a man wearing a Confederate flag T-shirt that said “Keep It Flying.”

“Why do you want to keep it flying?” Selvig asked the man.

At the NRA Conference, we asked a guy in confederate flag shirt if he was pro or anti-slavery. pic.twitter.com/oSDPnppZNs

“Why would anyone want to erase our heritage?” the man responded.

Selvig was quick to point out that many would say that the flag symbolizes racism and slavery.

“And they may have some valid points there,” Selvig told the man.

The man responded by saying that associating the Confederate flag with slavery was merely an opinion. “They’re welcome to that opinion if they want it,” he said.

In a presumed attempt to get the man to see his reasoning, Selvig then asked him if he was “pro-slavery.”

“No comment,” the man said. “But thank you for the interview.”

As the man began to walk away, Selvig reached for him and said: “I’ll give you one more chance — pro- or anti-slavery?”

“I’ll give you one more opportunity,” Selvig said as the man began to shake his head, “to say if you’re pro- or anti-slavery.”

The man’s argument that the flag represents his Southern heritage is nothing new. The Confederate flag is thought by some to be a tribute to the “Lost Cause” — the belief that Confederacy fought not to uphold slavery but to protect states’ rights and preserve a genteel way of life for white landowners — was created by white Southerns shortly after their 1865 defeat in the Civil War. It was an attempt to give the South’s role, and the thousands of Confederate soldiers who died, a more positive light, according to National Geographic.

And although some states in the South view the flag as an emblem of pride, it didn’t become popular until “the 1940s and 1950s as part of a massive resistance campaign against the civil rights movement,” Matthew Guterl, a professor of Africana and American studies at Brown University, told The Washington Post in 2015.

“It wouldn’t exist in our national popular culture without this moment,” Guterl said. “When African Americans fought for their equality … the battle flag was recovered and redeployed as a symbol of opposition to it.”